Did I make a huge mistake swapping my car for this e-bike? 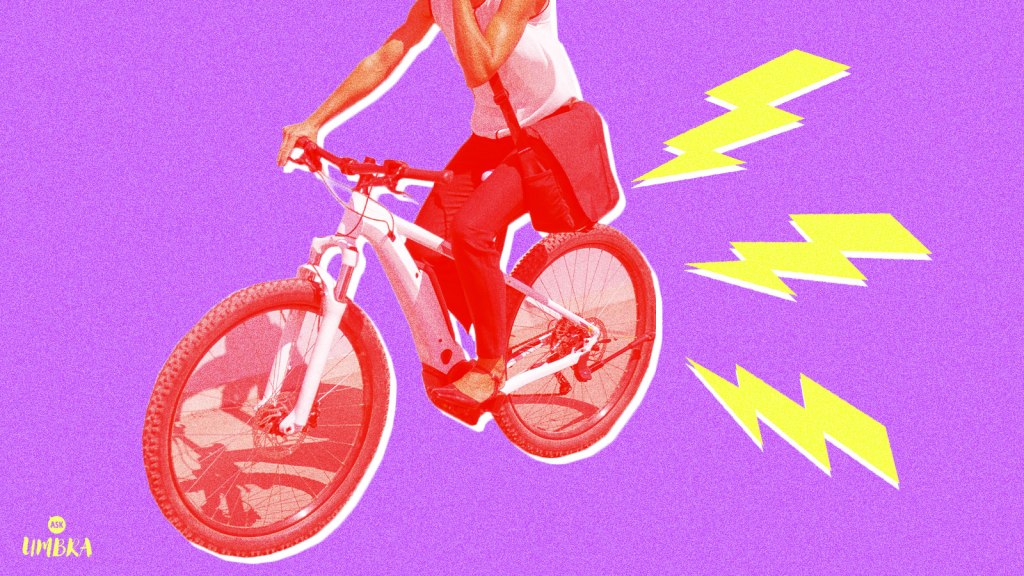 Did I make a huge mistake swapping my car for this e-bike?

— Why Has Everyone Evangelized Lithium-Ion Engines?

There are few absolutes in the world of environmentally conscious options — no perfect solutions, no unassailable superlatives. Once you start to analyze the various water, mineral, and carbon impacts of every decision you make in your day, you might very well come to the conclusion that you are better off sitting very still and trying not to breathe that much.

Transportation and diet, however, are probably the two main areas in which your daily decisions actually do make a significant difference — which is why I and every other climate-anxious person are out here trying to persuade you to drive less and eat less meat. The reasons to do so are straightforward: It takes a lot of energy and resources to make and operate a car (that’s physics!) or to quickly fatten up a cow to optimal meat-producing size (that’s biology!).

But slightly less straightforward is the question of what the best substitute would be for, say, our carbon-intensive car habit. Just because four wheels are bad, does that make two electrified wheels good? Is an e-bike more “environmentally friendly” than just walking (or riding) around on your own human legs? After all, there’s all the additional metal and water and carbon emissions that are required to put together and maintain an e-bike. And of course, e-anythings require battery components such as lithium, which is an ethical and ecological mining nightmare.

Then again, would you use your own human leg power to travel a distance of, say, 30 miles round trip per day? Doubtful — which is part of the reason people like yourself are discussing e-bikes as a more carbon-conscious alternative to cars!

Christopher Cherry, professor of civil and environmental engineering at the University of Tennessee at Knoxville, told me over the phone that “e-bikes are really among the most energy-efficient motorized mode of transportation out there. There’s really no other vehicle that has the same low level of energy requirements as an e-bike.” That has to do with the relative efficiency of electricity-powered motors, the fact that bikes are much lighter than cars (less mass to move!), and the fact that electric grids in the United States are slowly but surely becoming greener.

And Project Drawdown, the research organization studying the most effective ways to bring down carbon emissions, points to greater adoption of electric bikes as a transportation shift that could have a greater climate impact than ramping up high-speed rail or telecommuting — though not nearly as much as ramping up public transit.

There’s also a kind of wild argument that e-bikes actually can be more resource-efficient than regular bikes, if you’re a person who eats a lot of meat. Bear with me for this one: Let’s say you’re just pounding steaks and then burning those calories by surging up and down hills on a conventional bicycle. It’s possible that if the carbon emissions of your prodigious food consumption will exceed those associated with the electricity required to keep an e-bike running, since you’ll need to eat more to account for your analog workout. (Of course, this theory stops making sense if you’re a vegetarian or don’t eat much meat at all.)

E-bikes are definitely more efficient than cars — even electric cars; they require fewer materials to make and about a tenth as much energy to operate, according to data that Cherry shared with me over the phone. So if you replaced every car trip you took with a jaunt on an electric bike, it would reduce your energy footprint more effectively than replacing half your car trips with a regular bike.

Another hypothetical: What if you had just held on to your (presumably) ancient car, trying to minimize its carbon footprint per use as much as humanly possible, just biding your time until the engine literally fell out of the car? It gets a little complicated, because ancient cars are generally not nearly as fuel efficient as their modern counterparts. In fact, the emissions per mile of driving that car would pretty quickly catch up to the manufacturing emissions of an e-bike.

I’m sure this is all good news, WHEELIE, given that you have already replaced your car with an electric bike. Good on you, pal! But there’s still the potential to screw up the benefits of your new purchase, despite your good intentions.

Let’s say in a month or two you start to have some doubts about this whole e-bike thing. You feel self-conscious around all the fixie-riding assholes who glare at you when you pass them on hills — look, sorry — or you worry too much about leaving your expensive steed locked outside the bar, and insist on always getting a seat by the window so you can watch it. It makes you look kind of weird on dates. So you start thinking that maybe this was a bad idea.

Soon you start taking Lyft or Uber or what-have-you to the bar — and ride-hailing, it turns out, is even more of a climate nightmare than regular single-passenger cars — and you get out of the habit of biking around and your shiny e-bike sits sad and mostly unused in the front hall. And you feel too guilty looking at it, so you get rid of it. In real life, it’s very unlikely that you would throw it away because e-bikes are expensive and desirable on the secondhand market. But I don’t know, just for the sake of imagination, let’s say you had a self-loathing meltdown and chucked it into the dumpster behind your apartment building. We all suffer from extreme feelings and do crazy things sometimes! (I, for one, once hurled a gift from a college boyfriend out of a fourth-floor window across the quad after we broke up. That was not responsible disposal, but I was really angry!)

Dumping lithium-ion batteries in the landfill is a real hazard because they’re known to start literal garbage fires. But the bigger issue to me, as I’ve said a thousand times, is that all the resources that you fretted over going into your e-bike in the first place will have gone to full waste.

I’m not saying this will happen to you, of course. Instead, think of this as a cautionary tale against good intentions without follow through. The best way to make something you own or something you use as environmentally conscious as possible is to use it a lot — as long as its per-use emissions are negligible, or at least significantly less than its alternative.

So congratulations on your purchase. As long as you actually ride it around, you’re doing amazing.