Unless you’re an energy analyst or a farmer, you’ve likely never heard the term “cellulosic ethanol.” It’s an elegant idea: Take corn — but not the part people eat (because we need that for other things) — and turn it into fuel. Success would be huge for our climate: Running cars and planes on corncobs would, at its best, produce 90 percent less greenhouse gas than gasoline.

Until now, though, it’s only been an idea. We’ve been able to make cellulosic ethanol for more than a century, but not efficiently or economically. We’ve only produced a tiny trickle, and it’s been ridiculously expensive. So news that two commercial-scale cellulosic plants have opened in Iowa, after a decade in which half a dozen failed to reach full production, made me wonder: Has that changed? Is the dream of fueling cars with corn husks finally a reality? 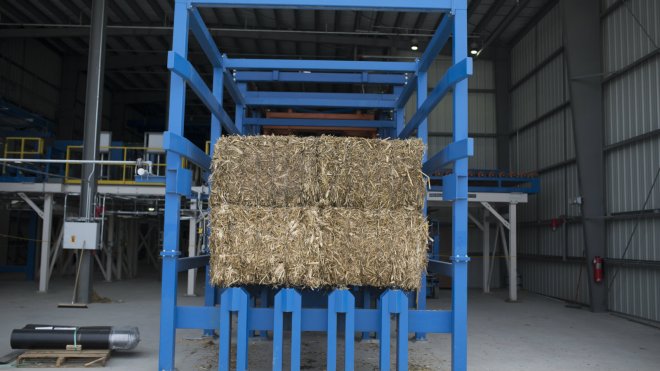 To investigate, I went not to Iowa, but to Silicon Valley, where the technology behind cellulosic ethanol is being tested and, perhaps, perfected. One of the biggest players in the ethanol game is the chemical giant DuPont. It opened the world’s largest cellulosic plant last fall in Nevada, Iowa, and plans to start pumping out fuel by the end of the year. (The Nevada plant was preceded by Project Liberty, a cellulosic plant in Emmetsburg, Iowa, that opened in 2014.) But DuPont’s research and development lab sits in Palo Alto, a short drive down the Tesla-clogged streets from Stanford University.

This is where DuPont designs the industrial enzymes that play a key role in the ethanol process, acting as microscopic razors to cut through tough cellulose and transform it into sugars.

Cellulose is basically fiber — think corncobs, grass stems, and woody branches. Farmers frequently rake it away, sell it cheap, or burn it. Some of this plant material should stay on the land to act as fertilizer, but the best research suggests that farmers can take as much as half away to make fuel without hurting the soil.

Right now we are making ethanol out of the plant parts we eat — turning food into fuel. Every acre of corn burned in the engines of our cars requires us to grow another acre elsewhere. But if we figured out cellulosic ethanol, Each acre of land could yield a double harvest of food and fuel. We could eat the corn kernels and run our buses on the cobs and stalks. 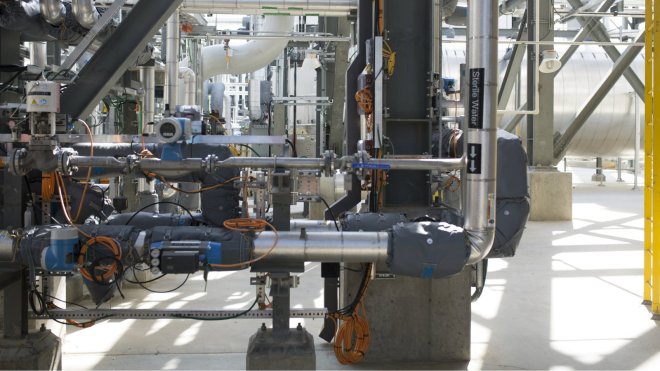 The people working on cellulosic ethanol are making progress — slow, excruciating, yet steady progress — suggesting that success is not impossible. Government data show that U.S. companies produced 1.8 million gallons of cellulosic ethanol in the first five months of this year. That’s more than double what the country produced in all of 2014. And in 2013, we produced nothing. Again, it’s progress.

But back in 2006, venture capitalist Vinod Khosla told Congress that he expected the U.S. to produce 39 billion gallons of cellulosic ethanol by 2017. He was very wrong. We’re on track to produce approximately .008 percent of that.

What’s taking so damn long? That’s what I asked Chris Somerville, director of the Energy Biosciences Institute at the University of California, Berkeley. A tall grandfatherly man with a white moustache and a soft voice, Somerville acknowledged that the failure of the industry to come anywhere near its production goals looked bad. But he said those goals were set ridiculously high by people with no experience working with cellulosic ethanol. A decade ago, venture capitalists were drunk on their own reality-distorting promises. Biofuel startups were going for broke — and quickly went broke. 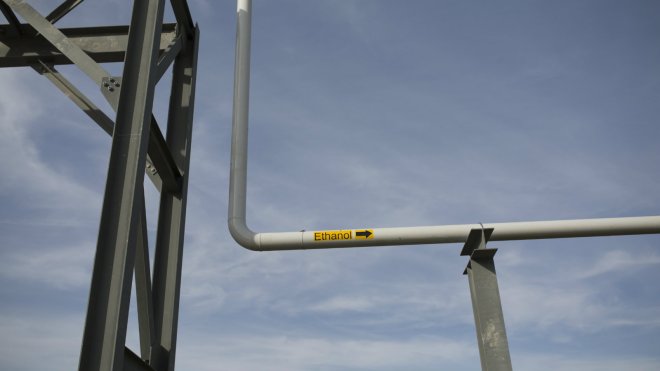 “A lot of companies spent all their money trying to build a single facility — to just get one running,” Somerville told me. But that was the easy part. The hard part comes after the plant is built: It’s figuring out what to do when farmers don’t want to buy the equipment to bale up their cornstalks, or when a pile of biomass bursts into flames, or when that biomass comes in caked with mud, or when a central pump jams, or soil microorganisms wipe out your specially engineered fermentation bacteria.

Politicians and investors might have believed that cellulosic ethanol production was about to explode, but people familiar with the details of biofuel production were appalled by Khosla’s claims, which came from a “stunningly simplistic” back-of-the-napkin estimate, said Hanna Breetz, a political scientist at Arizona State University.

History shows that making cellulosic ethanol is easy, but making it profitable is hard. “We had commercial cellulosic ethanol plants running 100 years ago,” said Robert Rapier, a writer and energy industry expert. “They just shut down because of poor economics.”

If anyone’s going to tough out the effort to make cellulosic ethanol, it’s DuPont, which has a long history of sinking years into research and development before bringing a profitable and transformative product to market. “The first time we made Kevlar, it wasn’t that pretty either,” said Jan Koninckx, who is leading the company’s cellulosic ethanol push.

Inside DuPont’s lab, it’s airy and bright. There are plenty of windows, and the hallways are open to the top of the building, three stories up. There are rooms that look like the atelier of a billionaire with a passion for home brewing: Rooms filled rows of 14-liter steampunk-style metal vessels studded with tubes and probes and measurement devices.

As I walked through the labs I was struck by how streamlined and methodical every process seemed. One of the scientists, Jaclyn DeMartini, showed me how they made ethanol in one small flask after another. The researchers keep running slightly different permutations of the process, gradually squeezing more and more sugar from cellulose. The scientists here aren’t grasping for some fusion-like breakthrough. Every part of the process is already in hand; they’re just making steady, gradual improvements.

This grind isn’t unique to the development of cellulosic ethanol, said Conrad Burke, a global marketing director for DuPont. “I spent the last decade working in solar technology, and I saw the same thing,” he said. “Photovoltaics are starting to take off, but it was a hard slog for 25 of the last 30 years.” 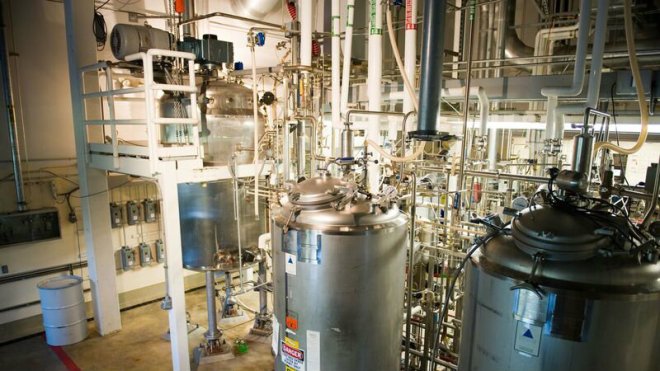 Still, no one in the industry — or even at DuPont — thinks that the two new Iowa plans represent a crucial turning point. If they’re able to break even financially, that would be a success. If they can run for more than half a day without shutting down for troubleshooting, that would be a success. No one I talked to experts these plants to perform so well that they will make money without government subsidies.

“There are many small improvements that we still need,” Somerville said. “And the problem with building a facility is that in a decade it will be obsolete. But there’s only so much you can learn from small batches in the lab.” At some point, he said, you need to build a commercial-scale plant.

So that’s what they’ve done in a small Iowa town. The steady grind of progress continues. If companies keep that up, we’ll see the trickle of cellulosic ethanol grow into a river. It will get cheaper and greener, and someday it will become profitable. But there’s no guarantee that companies and governments will keep pouring money into this technology until the day comes when we’re driving cars fueled by corn.

Fracking produces tons of radioactive waste. What should we do with it?