Exactly three years ago from last Tuesday, a 74-car freight train carrying nearly 30,000 gallons of crude oil was parked for the night when, in a fateful series of events, its brakes were unwittingly shut off. In the wee hours of July 6, the train began to roll downhill into the sleepy town of Lac-Mégantic, Quebec, where it ran off the tracks and exploded, killing 47 people in the worst Canadian rail accident since 1864.

Despite this disaster, Canada and the U.S. continue to ship flammable crude through major cities all across the country — but this week, protestors are trying to end that practice.

On Wednesday, environmental and climate activists delivered a letter addressed to President Barack Obama demanding companies stop transporting crude oil by train, signed by 144 emergency responders, officials, and public interest groups. Dozens of cities across North America will play host to demonstrations aimed at stopping crude oil trains throughout the week. Already, the tag #StopOilTrains, kicked off by the environmental group Stand.earth, is populating with images from these demonstrations. 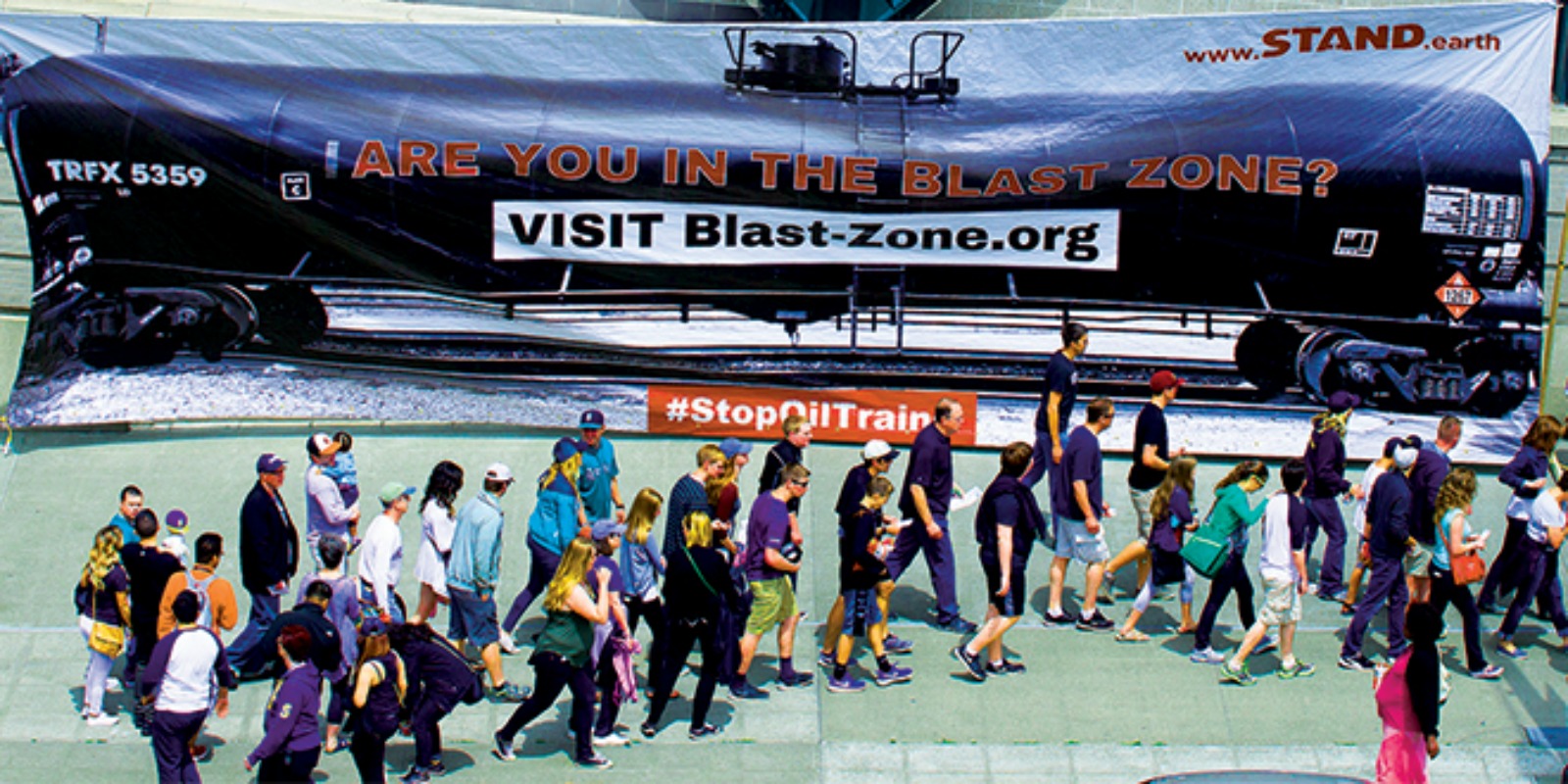 The number of oil train shipments has exploded over the past decade, from 9,500 in 2008 to more than 400,000 in 2013, mainly due to the geyser of oil newly from North Dakota’s Bakken shale. But along with the trains came explosions — several of them located directly adjacent to densely populated places. Just last month, a train exploded near Mosier, Ore., closing local schools and sending a plume of smoke into the air.

A “blast zone” map created by Stand.earth can tell you if you’re one of the 25 million Americans who could be evacuated (or worse) in the event of an oil train derailment. From my apartment in Seattle, I found out that I’m located in the “potential impact zone” — and I can tell you right now, it doesn’t feel good.

Correction: A previous version of this story reported that the Lac-Mégantic derailment occurred at 1:15 p.m. on July 6, 2013. In fact, a fire on the train was first reported at 11:30 p.m. on the evening of July 5. The train derailed shortly after, and the first explosion was reported at 1:15 a.m. on July 6. Grist regrets the error, and has sentenced the author to memorize UIC wagon numbers. All of them.