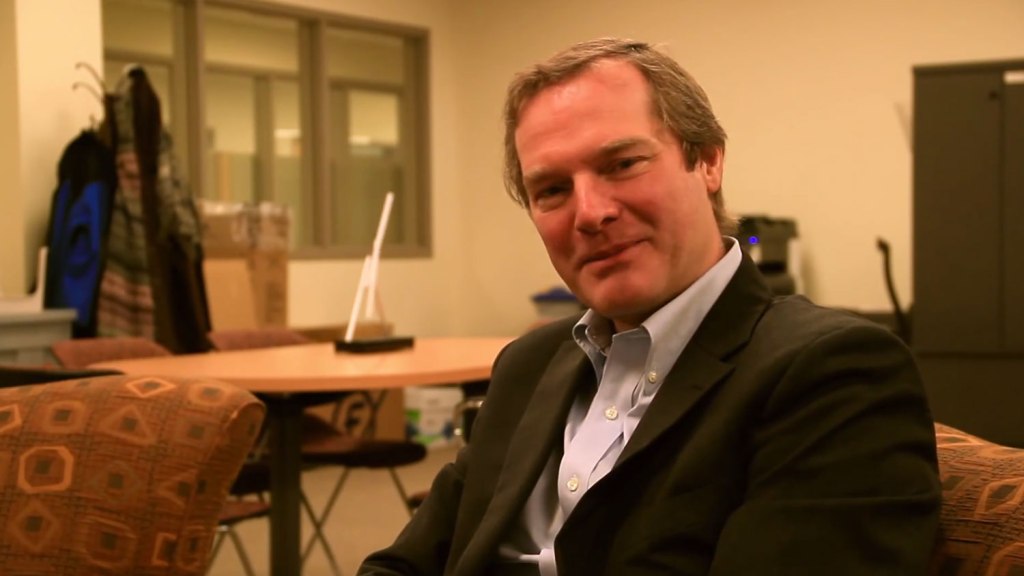 Is talking on your cellphone dangerous? Are e-cigs safer than smokes? Do you drink stranger pee every time you accidentally sip public pool water?

These are all questions that Andrew Maynard has not only asked himself, but has spent hours trying to answer. Maynard is a professor of environmental health sciences and the director of the Risk Science Center at the University of Michigan. He’s also the voice and artist behind Risk Bites, a YouTube series of stick figure cartoons that examine what we should and shouldn’t be worried about in our daily lives and why.

Through Risk Bites, Maynard has tackled BPA, antibacterial soap, nanoparticles in sunscreen, and HPV vaccines. He’s also addressed more unusual questions like whether wearing a hat will keep you warm if you’re dancing naked in the middle of winter (no, it won’t), whether pregnant women should avoid hair gel (probably not), and whether eating green potato chips is bad for you (maybe, if you ate, like, 60 bags of them in one sitting).

In addition to Risk Bites, Maynard runs a blog called 2020 Science, where he gets into more complex issues like climate change, geoengineering, artificial intelligence, synthetic biology, and other emerging technologies.

Below is an edited and condensed version of a recent conversation I had with him:

Q. How did the videos start?

A. It was my daughter’s fault, actually. My daughter was a teenager. She got heavily involved with YouTube. For two years, she was part of a YouTube collaborative channel, where every week she put out a video. I had assumed YouTube was pretty much a waste of time until I saw this. She made me realize how powerful a medium it was for reaching out to people and connecting with people, even with fairly complex information. It also made me realize that, where she was brilliant at standing in front of the camera and talking, I was absolutely hopeless, so I’d have to find a way of doing it where I wasn’t in front of the camera.

I spent a couple of summers going to VidCon, which is like the Comic-Con for videos, where you have YouTube fans and you have content creators. That’s where I was exposed to people who were doing similar science communication videos. People like Henry Reich, who does “MinutePhysics,” for instance. That made me realize that there’s a niche here using incredibly simple techniques — basically just drawing on a whiteboard and having very strong narratives behind it.

Q. The videos come out looking very clear and simple, but I imagine the research you have to do to make one of these videos is immense.

A. It’s actually a lot of work. Having worked in the field of risk and risk science for many years, I already have a lot of knowledge, and I can also sort of pull together and assimilate knowledge fairly fast. But there are obviously other skills that overlay on that [knowledge], in terms of how you actually make a video, and I had to learn the hard way that it’s not simply a case of coming up with an idea and talking about it. There’s a very very strict process that I’ve developed and a workflow to actually make these work.

Q. How many hours does it take to make one video?

A. I can do them in about eight to 10 hours, but usually it takes a few days mulling over the idea first before I write the script. I had a student working with me a couple years ago who wanted to learn the technique, though, and it took him about 40 hours per video to get one out. It’s surprising how long it takes.

Q. Where do the ideas come from?

A. Multiple places. Sometimes people feed me ideas, which I always find very helpful. I tend to keep a log of things that sort of strike me as being interesting, but quite often I try and look at when people are interested in an issue, what’s hitting the headlines and where there’s a gap in the information that’s available. So for instance, when we had the big Ebola scare, I put a very short video out on Ebola, and that was probably one of the fastest I did. I decided I was going to do it one afternoon and by 12 o’clock that night, the video was up.

Q. Sometimes scientists get flack from their colleagues when they leave the lab to — gasp!– engage with the public. Were you hesitant about making the transition?

A. I was. I was actually more hesitant because I was scared of either making mistakes or being misquoted. I was less concerned about what my colleagues would feel, although I was also very aware that a lot of my colleagues really avoided this because of a fear that they’d be shunned. I haven’t actually found that, but I think it’s partly because I started getting involved with communication much later in my career, when I was a bit more established.

Q. What’s been your favorite video?

A. We did one over a year ago entitled “Could ‘Aliens’ have toxic blood?” It started off with a crazy idea prompted by shows like Star Trek, where we thought, Well, what happens when an alien bleeds on you? Or something like the Alien movies — could an alien really have acid blood that eats through your flesh? So we started off with that crazy idea, but actually you can explore some really interesting science by doing that.

Q. How frightened are you about climate change?

A. Frightened is probably the wrong word. From everything I’ve seen, we have got — by we I mean the whole global society — we have got a major challenge coming, and the indications are still that we’re not rising to that challenge. So inevitably, there are going to be some fairly significant adverse impacts from that, whether you’re just looking at the environmental impacts or what is more in my field looking at the human health impacts and the economic impacts.

Q. Have you stumbled upon any techniques that work particularly well for helping people understand the risks of climate change?

A. There are a lot of failures here. We know from social science research that when you’re entering a dialogue around something like climate change or any number of other things, people are not swayed by evidence. They’re not swayed by science-based arguments. And the smarter they are, the better they are at finding ways to argue against those arguments. What does work is finding common ground, finding out what really motivates people, what they’re really interested in and addressing that rather than trying to press your point home from the science perspective.

Q. Are there particular technologies that you think will be more important than others in fighting climate change?

A. Certainly, if you look at either curbing climate change or adapting to it, there are a lot of technologies on the horizon that, if used responsibly, can do that. Geoengineering, obviously, is highly controversial, so that worries me simply because we’re now talking about technologies where there’s no fallback plan. You do a global experiment, and if it goes wrong, you’ve altered the globe; you can’t go back to how we were before we did the experiment. But there are other technologies, whether you’re looking at carbon sequestration or clean energy or reduced energy usage, that I think can be successfully developed and deployed.

I have colleagues who will call me a techno-optimist, which means I do to some degree believe that technology can help address a number of things, although I hope I’m realistic enough to realize that technology alone won’t address modern problems we face.

Q. Today, we look back and cringe at past risky behaviors like putting lead in paint and emitting tons of CFCs. Are we more careful now, or will we be shaking our heads in 50 years?

A. I do worry. Part of that worry is that if you look at the rate of innovation now, the rate of new technology and new products coming along, it’s absolutely going through the roof, which means that even though governments and industry are catching up in terms of safe ways of doing business, the probability of something going wrong just because things are so complex is also increasing very rapidly.

The other side of that is we’re finding that the regulations that were set up 10, 30 years ago just don’t apply to some of the new technologies, so there are regulatory loopholes that these things just slip straight through, and that’s a problem.

Q. Do you have a favorite emerging technology?

A. I’ve worked many years with nanotechnology, which I am excited about, but some of it gets a little old after a while. Synthetic biology — actually, this is crazy because there are so many things that really excite me as I get into it — but you think about synthetic biology, so it’s the idea that you can take an organism and basically upload its genetic sequence into a computer and start playing around with it just like you can manipulate videos or photos, and then once you’ve got that genetic sequence to make the organism as you like it, you can download it into real life again. That I find absolutely mind blowing, and that’s one of those technologies that I think people haven’t really wrapped their heads around yet how much we can do with it.

Q. Is there an emerging technology that you’re particularly fearful of or hesitant about?

A. No. But let me qualify that. There are technologies emerging that if they’re not developed responsibly can cause an awful lot of harm. It’s very hard to think of technologies that are more dangerous than others. The obvious example would be nuclear physics with the bomb. That was very clearly a technology that once you’ve sort of stepped beyond a certain point, you have a terrifying potential. It’s very hard to identify similar technologies to that.

Some people are getting concerned about artificial intelligence at the moment, and that may be one that really begins to look very scary, but probably not for the reasons that people think. Another one — this isn’t really a technology, but I’ve been in meetings where people have almost blanched at this — is issues around cybersecurity. People I speak with are very scared that we’re building highly complex cyber systems that are incredibly vulnerable to attack.