Monsanto's coming up with an alternative to GMOs 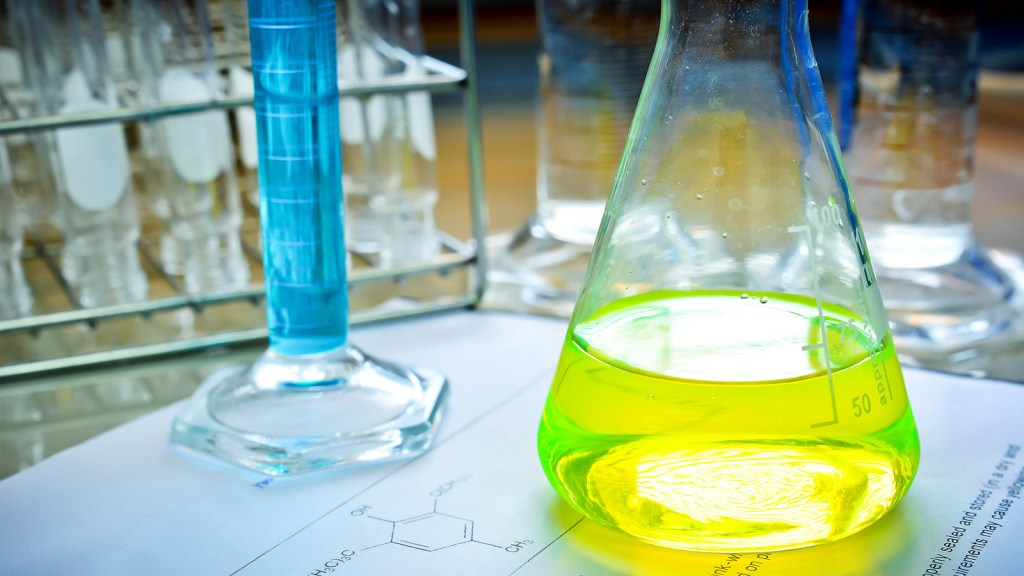 Monsanto’s coming up with an alternative to GMOs

Sharpen your talons, Monsanto haters. Everyone’s favorite biotech company is cooking up a new GMO alternative, and it’s just begging to be crucified.

The new technology, called BioDirect, is a kind of temporary, spray-on defense mechanism for plants. It relies on a natural phenomenon called RNA interference that scientists can use to block crucial genes in, say, Roundup-resistant weeds or killer pests. MIT Technology Review’s Antonio Regalado took a deep dive into the new technology, and it sounds a bit like an Arnold Schwarzenegger character. No one has ever tried spraying RNA on thousands of acres of crops before, so it does raise some legitimate concerns.

Here’s how it works: All living things contain DNA, and that DNA carries the genetic information that cells need to make proteins. But it’s actually RNA, DNA’s less famous workhorse of a partner, that takes that genetic information out into the cell to get shit done. Viruses also use RNA, however, so cells have a kind of defense mechanism to detect viral RNA, memorize its contents, destroy it, and then hunts down its progeny to destroy them too.

Told you it was kind of badass.

With a little tweak, however, this defense mechanism can be turned against itself, so that a cell starts attacking its own genetic code. That’s where BioDirect comes in. Using spray-on RNA that looks like viral RNA but is actually genetic information from weeds or pests or whatever it is Monsanto wants to target, the company can effectively turn the enemy against itself. It could even use BioDirect to target certain genes in crops themselves in order to make those crops, for example, drought resistant.

So if an orange grove in Florida is suddenly overrun with the insect that transmits greening disease (look it up — it’s destroying the orange industry), farmers could, in theory, just spray on some insect RNA BioDirect until the situation is under control and then go about their business — no pesticides or genetically engineered trees required. This technique has a number of advantages over GMOs. Here’s more from Technology Review:

Monsanto isn’t the only one working on genetic sprays. Other large agricultural biotech companies, including Bayer and Syngenta, are also investigating the technology. The appeal is that it offers control over genes without modifying a plant’s genome—that is, without creating a GMO.

That means sprays might sidestep much of the controversy around agricultural biotechnology. Or so companies hope. What’s certain is that a way to accomplish the goals of genetic engineering without having to develop a GMO could bring commercial rewards. Sprays might be quickly tailored to do battle with an insect infestation or a new type of virus. Not only could this be faster than creating new GM crops, but the gene-silencing effects of RNA interference last only a few days or weeks. That means you might spray on traits such as drought resistance in times of water shortage without affecting the plant’s performance in times of normal rainfall.

BioDirect isn’t ready for prime time yet but, according to Technology Review, Monsanto and others are spending a lot of money trying to change that:

[Monsanto] paid $30 million for access to the RNA interference know-how and patents held by the biotech company Alnylam, and it did a similar deal with Tekmira, an RNA delivery specialist based in Burnaby, British Columbia. Monsanto is also the financial backer of a 15-person company called Preceres, a kind of skunk works it established just off the campus of MIT, where robotic mixers are busy stirring RNA together with coatings of specialized nanoparticles.

Meanwhile, Syngenta paid $523 million to buy out a European biotech company that had been working on RNA insecticides.

The obvious question here is: Should we be spraying and/or eating RNA that makes other species kill themselves? First, it’s important to note that scientists can tailor the RNA to target very specific genetic sequences in whatever it is they want to kill or otherwise tweak, so it’s a lot less likely to hurt people than, say, the potato bug that it’s targeting. And we do eat viral RNA all the time, so that’s nothing new. It’s just that lab-synthesized RNA (and lots of it) might give people the willies.

Still, it’s not yet clear how spraying a bunch of RNA on crops could affect the surrounding ecosystems, so as Regalado’s headline suggests, this could very well be “the next great GMO debate.” And yet, as one Israeli scientist working on RNA interference told Regalado, perhaps the biggest obstacle in the way of BioDirect actually has nothing to do with the technology itself:

The real problem can be summarized in a single word: Monsanto. “For half the world, that is enough to know it’s evil,” he says. “Monsanto is introducing a new technology, full stop. But Monsanto is also the best way to make this real. For the scientifically literate, this is the dream molecule.”

Monsanto, word of advice? If you ever want to shake that evil vibe, maybe take a note from Google’s playbook and come up with a new name. Larry Page already snagged Alphabet, but there are plenty of other equally innocent-sounding options out there. How about Teddy Bear? Or Sunshine?