Is Uber bad for the environment in NYC? 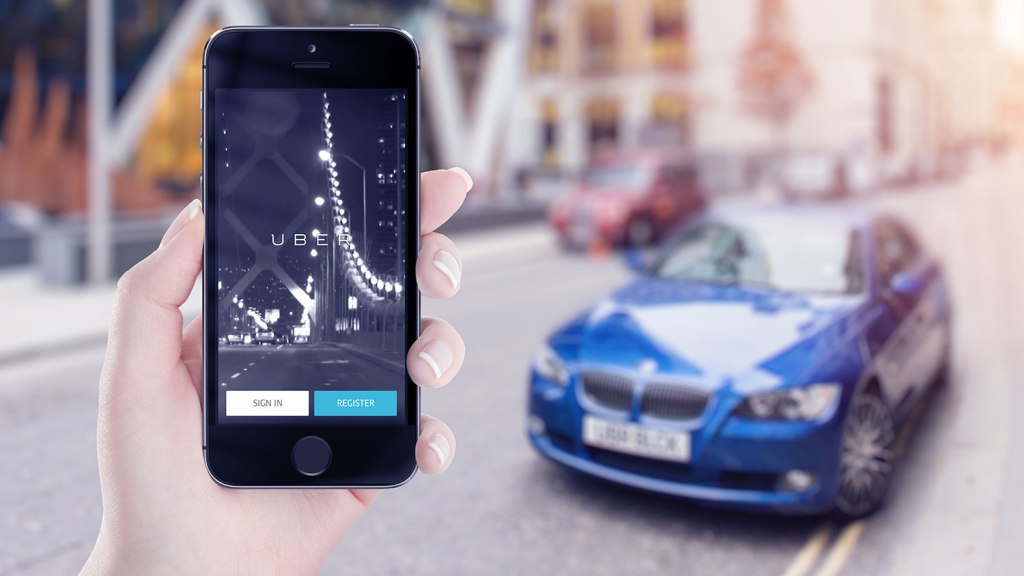 Is Uber bad for the environment in NYC?

Are cab-hailing apps good for the environment? That might depend a lot on where you live.

Some urbanists, yours truly included, have argued that apps like Uber, Sidecar, and Lyft are great from a green perspective. In most American cities, practically every adult who is legally able to drive and can afford to own a car does. The rise of these car-hailing services — which are often cheaper and more readily available than traditional cabs — makes it easier for people to get by without a car, or to use their cars less. For example, people can leave the car at home and use transit when they go out at night without fear that they might be stranded if they’re out past the time the subways or buses stop running. In L.A., The New York Times reports, Uber is helping Angelenos forgo car ownership, or at least nighttime driving: “Untethered from their vehicles, Angelenos are suddenly free to drink, party and walk places.”

Cab apps may also help combat sprawl by making it more appealing for people to move to inner cities. In cities like Washington, D.C., for example, that formerly lacked reliable ways of calling a cab to pick you up, Uber allows people to easily get rides in areas ill-served by mass transit. That can make living in those neighborhoods more feasible. (This is basically a variation on the observation that expanding mass transit would increase the number of affordable urban neighborhoods.)

Ultimately, this is all good for the environment, as directing population growth into denser areas and allowing people to forgo car ownership means lower transportation emissions and less cutting down forests at the exurban fringe to throw up new subdivisions.

But is Uber good for the environment even in New York City? When you’ve already got by far the nation’s densest population, most extensive mass transit system, and lowest rate of car ownership, does having more ways to get a cab help? Or does it hurt, because it just means people are taking a car for trips they would have done on transit or wouldn’t have taken at all?

Uber is not nearly as revolutionary in New York as it is in most places. That’s because the city already had a strong network of cars you could call on the phone to pick you up within a few minutes — called “livery cars” by the city government and “car services” by New Yorkers. In the outer boroughs and far Uptown Manhattan, where yellow taxicabs on the street are often hard to find, this was the main way of hitching a ride. Livery cabs (including limos and “black cars”) and taxis are categorized as two different kinds of “for-hire” cars by the New York City government.

Ride-hailing apps like Uber are nonetheless growing by leaps and bounds in New York. The total number of livery cars in New York has increased from around 40,000 in 2011, when Uber launched there, to more than 63,000 right now. Uber accounts for about 80 percent of that growth, and competitors like Lyft make up the rest.

On top of that, there are 13,000 yellow taxicabs in the city, each of which has a permit or “medallion.” Taxis, however, typically made a lot more rides and covered a lot more miles than livery cars, because they are driven 24 hours a day, by two drivers in 12-hour shifts. New York City taxis get on average four times as many rides per day as Uber cars. And unlike car services, they have the valuable privilege of being able to legally pick up people who hail them from the street. Taxi medallions are limited in number and expensive to buy, and taxis are heavily regulated — only certain vehicle models can be used, for reasons ranging from emissions to accessibility for the disabled, and each taxi ride is subject to a 50 cent surcharge to raise money for mass transit.

On the one hand, the very existence of New York’s already well-developed car-service sector speaks to the fact that it is a vital part of a dense city’s transportation system. It’s not a coincidence that the city where people are least likely to own cars has the most options for getting a car ride when you really need one. But if so many options already exist, are the Uber rides replacing transit rides and contributing to more traffic, pollution, and accidents?

New York’s city government is trying to figure that out right now. And, depending on what it determines, it might cap the growth of cab apps. The city is also considering applying new regulations to them. Some of these are good ideas, like requiring disabled-accessible vehicles and making riders pay the mass-transit surcharge. Others, like banning surge pricing, are just meddlesome.

City Hall is understandably concerned that the dramatic growth in app-based car services may have negative externalities. As New York Mayor Bill de Blasio (D) noted in a July New York Daily News op-ed, “traffic is getting worse. Last year was the slowest year on record for the streets of the Manhattan — barely 8.5 mph on average, and preliminary data from this May shows speeds dropping further to under 8 mph.” But that may not be because of Uber. It all depends on whether Uber rides are replacing rides that would have been taken otherwise in a private car or cab, or on transit or by foot. If it’s the former, then maybe the increased traffic is from another source. In general, the number of people driving into Manhattan has been rising for decades. In the last few years, delivery trucks have also been increasing thanks to the growth of services like Amazon and FreshDirect.

Last month, the City Council considered a measure, backed by de Blasio, to temporarily cap the growth of for-hire permits, which Uber cars must have, pending the results of a study on the effects of the sector’s explosive growth. How long is the average Uber driver’s shift? Between fares, does she cruise around looking for more riders? Uber has not been forthcoming with information for regulators. In July, Uber was fined $7.3 million by the state of California for not sharing data on rides, accidents, and disabled accessibility.

“We don’t know what these vehicles are doing on our roads, and why issue more permits if we find we’ve given out too many of them? Because then how do you claw them back?” says Eric Goldwyn, a doctoral candidate in urban planning at Columbia University, who studies New York City’s transportation system. “The city should figure out how much for-hire vehicles contribute to traffic, to air pollution, to accidents, and then how to hit those numbers, rather than just hoping for the best.”

You might think that sounds reasonable, but Uber didn’t. It fired back against de Blasio’s proposal in epic fashion: The company unleashed a massive PR and lobbying offensive, buying ads and rounding up support from de Blasio’s political rivals like New York Gov. Andrew Cuomo (D). Uber told its users on the app that they’d be left stranded if the service wasn’t allowed unlimited growth and asked them to write to their elected officials to voice their opposition.

The company’s claims may have been more than a bit overwrought. Goldwyn relates this experience to make the point that New York might already have plenty of Uber cars: “I’m out in the farthest reaches of Brooklyn — the Flatlands, Mill Basin — doing research, I looked at Uber availability, and I couldn’t find an ETA higher than five minutes in all of Brooklyn. That tells me there’s more than enough Ubers out there. Is it worth adding to pollution, congestion, injuries, and deaths to get from five minutes to three minutes? You can’t do a cost-benefit analysis that would find it is.”

On any given day, only about 3,500 of Uber’s 20,000 cars in New York are on the roads. If there aren’t enough riders to incentivize more of them to be out, Uber’s critics argue, why do we need still more Uber cars in New York?

City Hall and Uber struck a compromise late last month under which the company will share ridership and cruising data with the city. That, City Hall says, will allow them to do the study in only four months. Uber has agreed to limit its growth during that time to its current rate.

But it’s a fragile truce. If, once all the information is in and the analysis has been done, de Blasio announces that he wants to cap Uber’s future growth in any way, you can be sure that the company will react just as aggressively as it did last month. And environmentalists may then find that a company that’s their ally in L.A. is their enemy in New York.