Nestlé’s bright idea: a water bottling plant in the desert 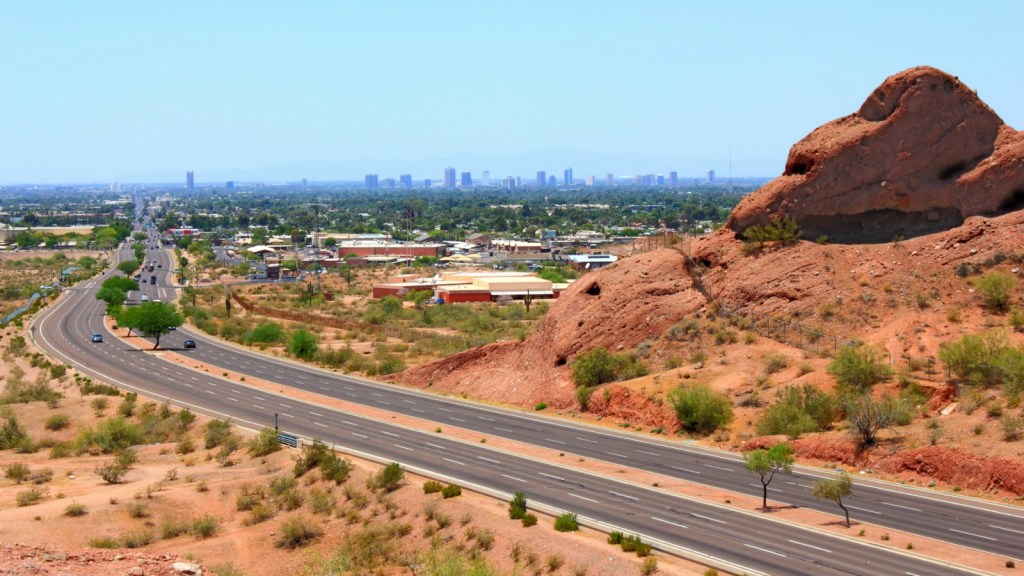 Nestlé’s bright idea: a water bottling plant in the desert

The world’s biggest water bottler is entering new territory: bone-dry Phoenix, Ariz., in the middle of the Sonoran Desert. The Arizona Republic reports that Nestlé plans to open a $35 million water bottling plant in the city that would produce 264 million half-liter bottles of water per year.

This news comes around the same time that Lake Mead (which supplies water to 25 million people in Arizona, California, and Nevada) just hit its lowest levels ever. Phoenix officials insist that the city has more water than it needs at the moment thanks to its supply from the Colorado River. No matter that the river is slowly emptying due to climate change!

That’s just one part of Nestlé’s water problems in the West. Last week, Oregon voters approved the nation’s first ban on commercial water bottling in Hood River County, effectively shutting down the corporation’s proposal to open its first bottling facility in the Pacific Northwest. And in California, Nestlé is currently under investigation for bottling water from a national forest, despite claiming that its water rights there date back to the 1800s.

You wouldn’t know it from the company’s actions, but Nestlé’s execs are actually pretty freaked out about water shortages. A 2009 leaked cable revealed that Nestlé predicted one-third of people worldwide would be affected by water scarcity by 2025, noting that water problems would be particularly severe in the western United States.

In the face of drought and dwindling freshwater resources, the irony of bottling water in a desert is … almost too much to be believed. But crazier shit has definitely happened!