Norway's approach to electric cars pays off in a big way 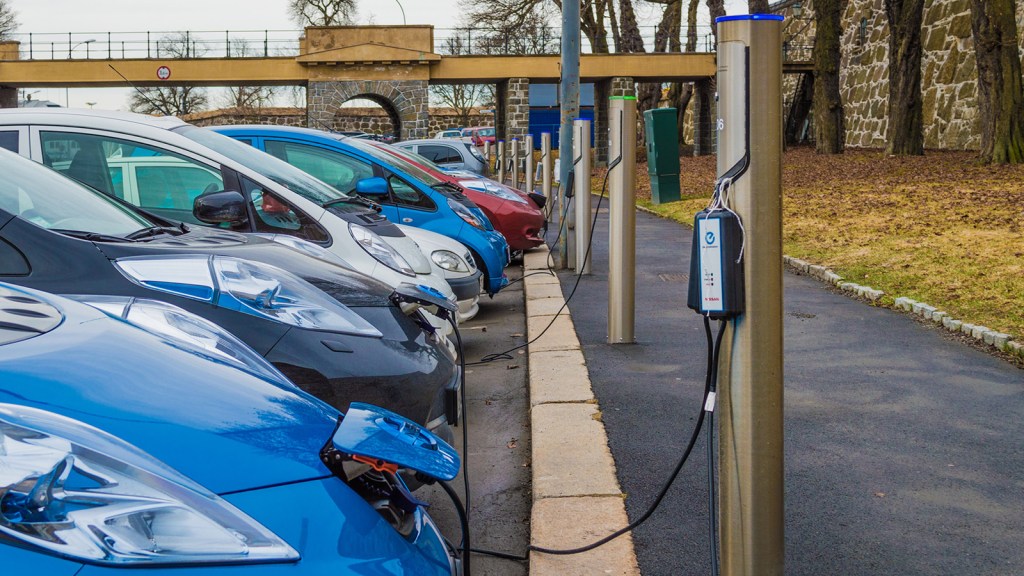 Norway, you already stole our hearts by divesting from coal. Now, on top of that, electric cars account for a third of your new vehicle registrations, which is the greatest proportion of purchases in the world, according to Quartz.

Even just this year, Norwegians had already registered 8,112 plug-in cars by March, which marks a 40 percent increase from 5,775 vehicles by the end of the same quarter in 2014. In the same quarter, American drivers accounted for nearly 15,000 electric vehicle registrations. Yes, that means we beat Norway – but don’t start victory dancing yet! Compared to one in three of our Scandinavian friends, only one out of 100 new cars in the States run entirely on electricity.

So why are so many Norwegians opting for electric? Quartz explains:

In a word: incentives. Norwegians pay some of the world’s highest taxes, but they also receive tremendous benefits for buying electric cars. Electric cars are exempt from value added tax (VAT) and purchase tax, which on average in Norway add 50% to the cost of a vehicle. In addition, they are exempt from road tolls, tunnel-use charges, and ferry charges. Moreover, they get free parking, free charging, and the freedom to use bus lanes.

But as dreamy as those incentives sound, they won’t last forever.

Norway’s electric car incentives have been so successful that some of them had to be curtailed. In May, all the major political parties agreed that electric car owners will have to pay half of the road tax from 2018 and all of it from 2020. [Value-added tax] exemptions will also be replaced by a subsidy, which will probably be revoked over time. And local authorities can now decide whether to offer free parking, exemption from tolls, and the use of bus lanes.

Despite the popularity of electric cars, Norway still has work to do. Although the country committed to ditching coal earlier this year, it still has about $40 billion invested in fossil fuels and produces tons of oil. While we occasionally swoon over you, Norway, we know you’re not perfect.