Ohio lawmakers: All right, folks, we guess it's OK for you to buy Teslas 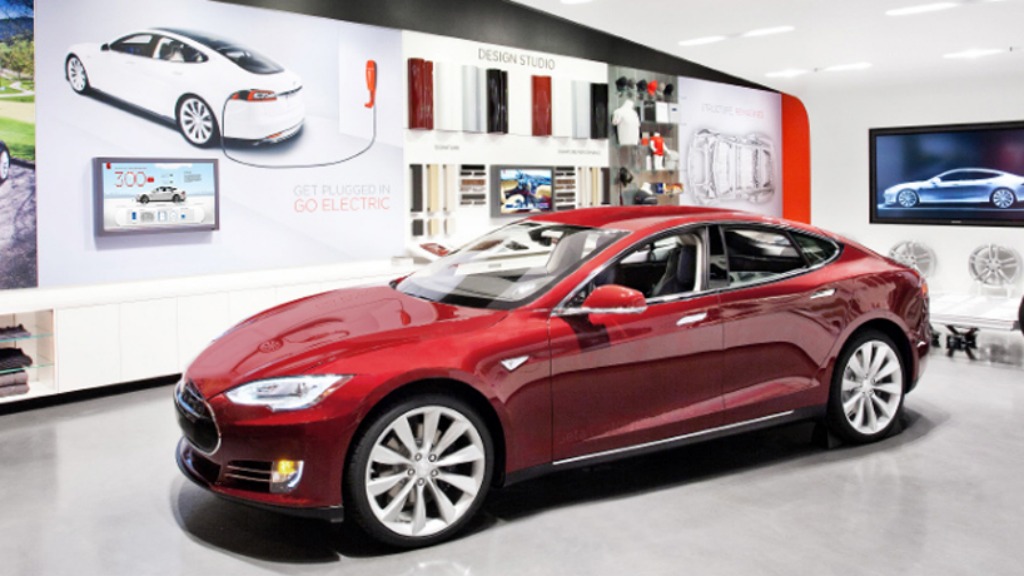 Ohio lawmakers: All right, folks, we guess it’s OK for you to buy Teslas

If you live in Ohio, your lawmakers are poised to allow you to purchase a Tesla from a sales center — without forcing you to drive outside the borders of the Buckeye State to do your eco-friendly spending.

But legislative efforts to placate the Ohio Automobile Dealers Association will nonetheless cap the number of sales offices Tesla is allowed to operate inside the state at three — and other auto manufacturers will be barred outright from hawking their wheel-spinning wares direct to buyers. Here’s the news, courtesy of NJTV:

An Ohio Senate committee approved a bill formally barring automakers from selling directly to consumers except for a maximum of three outlets for electric-car builder Tesla Motors Inc.

The measure was a compromise between the company and the Ohio Automobile Dealers Association, which had sought to block Tesla from selling without a middleman, according to state Sen. Scott Oelslager, the committee chairman.

Tesla, based in Palo Alto, Calif., operates Ohio stores in Columbus and Cincinnati and will be permitted to add a third as long as the company isn’t sold or acquired and doesn’t produce anything other than all-electric vehicles, under the legislation worked out yesterday.

Why are states getting into the strange business of banning a wildly hyped, pretty cool, awfully expensive electric car manufacturer? Tesla’s direct sales model has drawn opposition from car salesmen — middlemen who fear becoming superfluous as Tesla champions a direct-to-consumer auto-marketing model. That opposition has led to sales bans in five states and restrictions in two others.

In New Jersey, for example, Grist’s Ben Adler explains that Gov. Chris Christie’s administration is forcing the electric automaker to shut down its two sales offices. The promising news there is that a Democratic assemblymember recently introduced a bill that would unshackle Tesla from Christie’s new ban on its sales model.