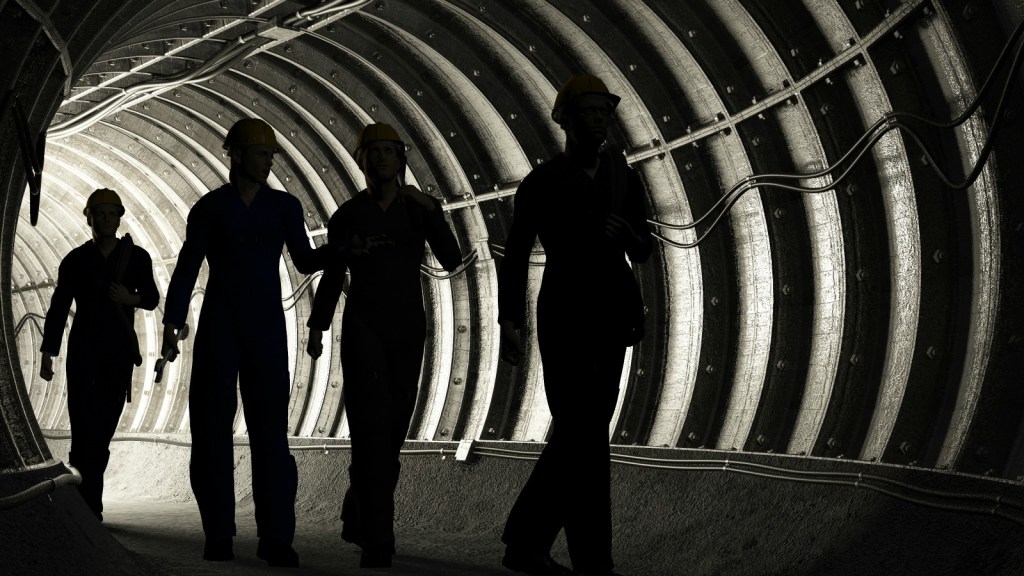 There was plenty in the complex deal to benefit bankers, lawyers, executives, and hedge fund managers. Patriot Coal Corporation was bankrupt, but its mines would be auctioned to pay off mounting debts while financial engineering would generate enough cash to cover the cost of the proceedings.

When the plan was filed in the U.S. bankruptcy court in Richmond last week, however, one group didn’t come out so well: 208 retired miners, wives, and widows in southern Indiana who have no direct connection to Patriot Coal. Millions of dollars earmarked for their healthcare as they age would effectively be diverted instead to legal fees and other bills from the bankruptcy.

As coal companies go bankrupt or shut down throughout Appalachia and parts of the Midwest, the immediate fallout includes lost jobs and devastated communities. But the Indiana case stands out as an example of how financial deals hatched far from coal country can also endanger the future safety net.

At issue is health insurance promised to people who worked for the Squaw Creek Coal Company in Warrick County, Ind., near Evansville, who, like other retired union miners, counted on coverage after they turned 55.

“We were assured as miners we would have lifetime healthcare benefits — no one ever envisioned that we would have to worry about these other things that were going on,” said Bil Musgrave, 59, one of the retired miners in Indiana. “A lot of them depend entirely on this.”

Secure health insurance has been one casualty of the wave of bankruptcies. Companies in decline are seeking to off-load those obligations onto taxpayers, putting more stress on an already-strained federal safety net. An effort is underway in Congress to protect at least some families facing a loss in benefits because of the industry’s turmoil, but its prospects are unclear.

Squaw Creek, where Musgrave started working almost 40 years ago, opened as a joint venture between Alcoa and Peabody Energy, the world’s largest private-sector coal company. The unionized surface mine in Warrick County, Ind., near Evansville, powered Alcoa’s huge aluminum plant nearby. The venture mostly petered out by the late 1990s, though mining has since resumed in the same area, using non-union miners.

Under their union contract, miners who worked at least 20 years at Squaw Creek were entitled to a pension and to healthcare coverage once they reached 55. For many of those who are still under 65, this coverage is what they rely on; for those who are on Medicare, it offers a supplement to cover the extensive healthcare costs many of them now face. Some suffer from black lung disease, while others, including Musgrave, have fought cancers they believe are linked to industrial waste dumps at Squaw Creek.

The Squaw Creek miners thought little of it when, in 2007, Peabody passed what remained of its Alcoa venture — some environmental reclamation work at the mine — to an offshoot called Heritage Coal, a subsidiary of a new entity Peabody created called Patriot Coal. The healthcare obligation for the retirees was assumed by Alcoa, which paid Patriot to administer the benefits.

The United Mine Workers of America estimates this has been costing Alcoa about $2 million per year to cover the 208 miners, wives, and widows.

But here’s where the financial engineering got complicated and ultimately threatened those benefits: Peabody also transferred to Patriot 13 percent of its coal reserves, and about 40 percent of its healthcare liabilities — the obligations for 8,400 former Peabody workers. A year later, Patriot was loaded up with even more costs when it acquired Magnum Coal, a subsidiary of the country’s second-largest mining company, Arch Coal. This left Patriot with responsibility for another 2,300 retirees, and, by 2012, total liabilities of $1.37 billion.

It looked as if Patriot had been set up to fail, and in 2013 it in fact did, seeking Chapter 11 bankruptcy. Patriot emerged from bankruptcy later that year after getting an investment stake from a New York hedge fund called Knighthead Capital Management. Patriot also reached a deal with the mine workers union to have it take over responsibility for the health care of those nearly 11,000 retirees, with a promise of about $310 million from Patriot to help cover the cost.

Still, the deal wasn’t enough to keep Patriot healthy. With the industry contracting even further amid competition from natural gas, tougher environmental regulations, and declining coals reserves in Appalachia, Patriot filed for Chapter 11 bankruptcy yet again earlier this year. This time, its assets are being auctioned off.

Back in Indiana, there was no reason for the retired Squaw Creek miners to think their benefits were at risk from the Patriot bankruptcy, since they were being paid by Alcoa, a thriving company with $24 billion in annual revenue. But last week, Patriot’s lawyers, from the firm Kirkland & Ellis, made two filings at the bankruptcy court in Richmond that caught the union and the retired miners by surprise.

In the filings, the lawyers informed the court that Patriot (or technically, its subsidiary Heritage) had negotiated a $22 million payment from Alcoa to assume the outstanding healthcare obligations for the Squaw Creek workers. The deal offers savings to Alcoa, given that the actuarial cost of the benefits is $40 million.

But here’s the catch: Patriot is not putting the $22 million toward the Squaw Creek healthcare benefits. According to the court filings, only $4 million will go toward that purpose — $1 million for the benefits of former salaried managers at the mine, and $3 million for the rank-and-file miners.

The rest of the money from Alcoa — $18 million — is going to cover the costs of the bankruptcy. This includes the fees for Kirkland & Ellis, which has at least four attorneys from New York and Chicago on the case, and the Washington, D.C. restructuring advisory firm Alvarez & Marsal. The agreement with Alcoa, one filing states, “allows the debtors [that is, Patriot] to obtain cash in the amount of $22,000,000, which will be critical for funding the debtors’ costs associated with emerging from Chapter 11.”

In other words, the cash for healthcare benefits guaranteed to miners who never worked for Patriot Coal — who live in a state far from Patriot’s base in West Virginia — is now being used to pay the bills of lawyers and other professionals overseeing the break-up of Patriot Coal.

Under Patriot’s agreement with Alcoa, the Squaw Creek workers will be added to the larger pool of retirees covered under the union’s 2013 agreement with Patriot. The people in that pool, who now number about 12,000, get health insurance from the union-supervised Voluntary Employee Beneficiary Association. But Patriot’s $3 million contribution to the beneficiary fund will only cover about 18 months of benefits for the Squaw Creek miners — putting more stress on a fund that is already expected to run dry in a few years.

The union is pushing legislation in Congress that would put the 12,000 Peabody/Patriot retirees into yet another fund that has since 1992 been covering union retirees from shuttered mines. That fund was for years fed by the interest from fees coal companies were paying to restore abandoned mines, but since 2006 it has been buttressed by $490 million per year in taxpayer money. The bill has 54 co-sponsors, but is still awaiting a hearing in the House.

Meanwhile, Patriot’s deal with Alcoa, and its plan to put most of the money toward bankruptcy costs, goes before the bankruptcy court Monday in Richmond for approval.

“What we’re seeing here is a very shady deal to deprive 200-plus elderly and working Americans of the benefits they’ve earned so that these lawyers can put money in their pockets,” said union spokesperson Phil Smith.