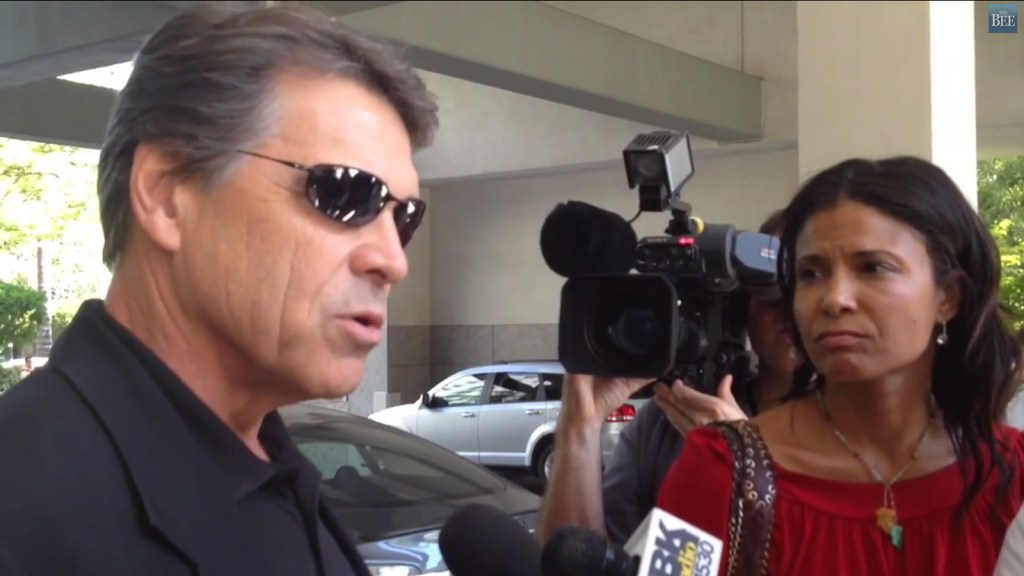 Tesla Motors is looking for someplace to put its shiny new $4-5 billion electric car battery factory, replete with 6,500 high-paying green jobs. Understandably, states are lining up. The Lone Star State’s governor, Rick Perry, has done the math, and he wants all that work for little old Texas.

Perry never struck us as the electric car sort. In fact, he’s pushed for more offshore drilling and is begging for the Keystone XL tar sands pipeline. But with billions in his eyes, he’s apparently taken a cotton to the luxo-hotrods, even taking one for a spin in some camera-heavy environments.

Outside a Sacramento hotel on a 103-degree afternoon, [Perry] told reporters he enjoyed driving the Tesla but would have preferred “if it had a made-in-Texas bumper sticker.”

He said he didn’t like being accused of “poaching” jobs and stressed that “competition between states is good for the country.”

Hmm. Competition between the states indeed.

Recently, gun manufacturers have been holding jobs hostage over gun control laws in blue states. When Maryland passed a law last year banning 45 types of assault weapons and limiting magazine capacity to 10 rounds, Beretta held its breath, and when the state didn’t cave, it moved its factory to Tennessee. It’s part of a trend with gun pushers (I mean makers) reducing their workforces in the Northeast and decamping for redder pastures.

Say what you will about gun manufacturers, they’ve got a hell of a lobby. Congressional Republicans flip a lid at the very mention of climate legislation, but they’re practically pushing for a constitutional amendment to put assault rifles in crackerjack boxes.

If it works for gun manufacturers, it could work for the climate: You want green jobs, Texas? Give us some green laws. Want to build electric cars? How about unparalleled subsidies and maybe a little push-back against big oil?

Green jobs are growing, and growing fast — and with jobs comes political power. Hey, Elon Musk, why not throw your weight around?