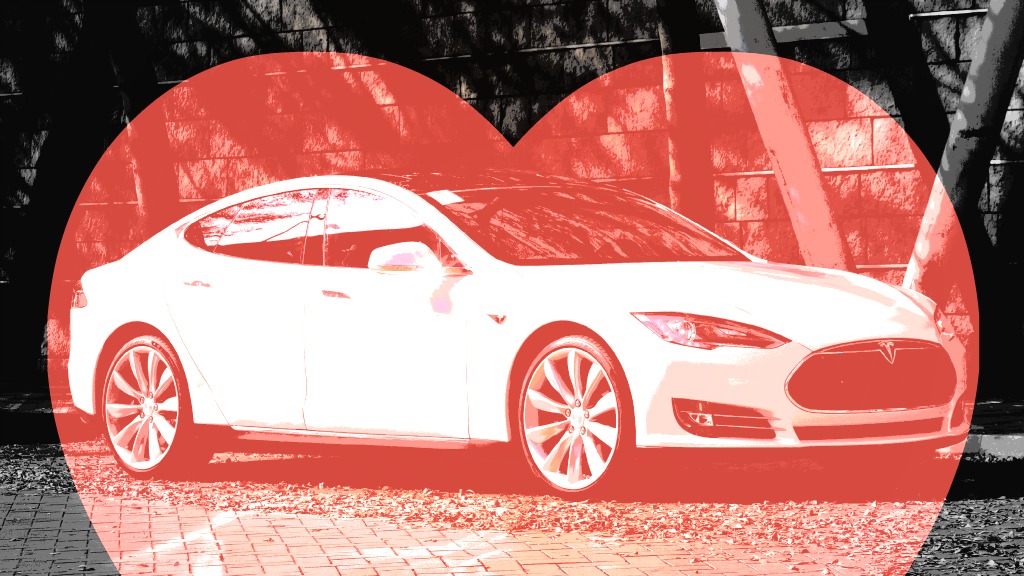 The Oatmeal, that sort-of funny cartoon site, is best known for its illustrated odes to cats and hot sauce. Now the Seattle artist (real name: Matt Inman) has created a ginormous infographic to extol his Tesla Model S — or Intergalactic SpaceBoat of Light and Wonder, as he calls it.

Inman is right in being wowed. The Model S is silent, needs no gas, has a motor instead of an engine, and charges using a normal outlet in your garage. (It’s kind of like if your digital camera could get you to the office, only way more expensive.) Its door handles hide unless someone with the key is nearby, he gushes, and it starts without the push of a button or turn of a key — you just sit down.

People most often pester Inman about the car’s range, he says, explaining “I have the 85 kwh battery, which can go up to 260 miles on a single charge.” That’s almost the distance from Seattle to Portland … but you’d probably have to stop midway to pee anyway, right?

It also accelerates super-fast, or “handles like a Ferrari that got porked by a luck dragon,” in Inman-speak. He even refutes that pesky fire issue. While Inman might have had an ulterior motive (in part 2, he calls on Tesla CEO Elon Musk to donate $8 million* to help launch a Nikola Tesla museum), it’s clear he loves his Tesla. You might not agree that an octopus is more awesome than your mom, but we’re with Inman on this one.

Click on the image below to check out the comic:

Update (May 14, 11:04 a.m. PST): Elon Musk responded that he’d be happy to help. Whether that translates to throwing down 8 million bucks remains to be seen.