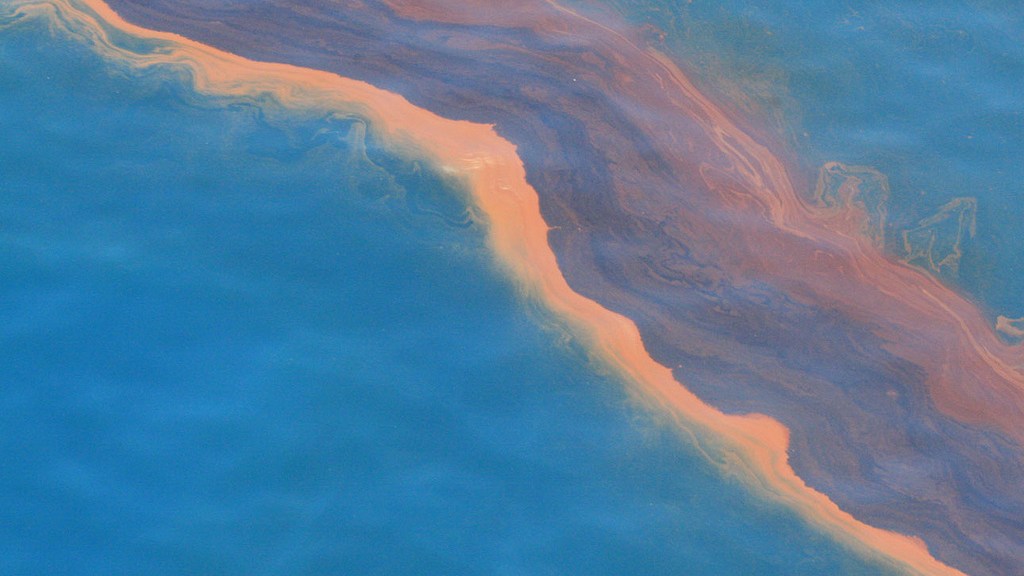 We all saw the images of oil-coated birds and shorelines in the wake of the 2010 Deepwater Horizon spill. These were the most visible impacts of the catastrophe, but much of the oil that gushed from the busted Macondo wellhead 5,000 feet underwater never made it to the surface. Of the estimated 5 million barrels that spilled, approximately 2 million stayed trapped in the deep ocean. And up to 31 percent of that oil is now lying on the ocean floor, according to a new study.

Based on an analysis of sea-floor sediment samples collected from the the Gulf of Mexico, geochemists at the University of California-Santa Barbara were able to offer the first clues about the final resting place of hundreds of thousands of barrels of oil. Their results were published today in the Proceedings of the National Academy of Sciences.

The data, which was gathered as part of the ongoing federal damage assessment, shows “a smokingly clear signal, like a bulls-eye” around the Macondo well, said lead author David Valentine.

When oil first began to shoot out of the broken well, some 2 million barrels’ worth broke up into microscopic droplets before reaching the surface and became suspended in the deep ocean, Valentine said. His goal was to discover the fate of that oil, beyond the reach of any cleanup efforts, four years after the spill. The researchers combed through the sediment samples for traces of hopane, a chemical compound found in crude oil that doesn’t break down over time. Hopane was also used as a indicator of oil distribution following the Exxon-Valdez spill in 1989.

To test whether traces of hopane originated from the Macondo blowout — rather than from a natural seep or some other well — Valentine scrutinized both where they appeared in individual sediment cores and how concentrations changed at varying distances from the well. Both indicators strongly implicate the Macondo well, the study found. Close to the well, hopane concentrations were very high in the top half-inch of sediment, a sign that the chemical had been deposited recently and in great volumes. Even more telling was the spacial distribution: Within 25 miles of the well, hopane concentrations were 10 times higher than outside that boundary, Valentine said. A further clue was the distinctive splatter pattern in which hopane concentrations were found, which matched the pattern that would be expected from oil leaking from a well.

Add it all up, the study finds, and between 4 and 31 percent of the oil that originally was suspended in the deep ocean (roughly 80,000 to 620,000 barrels) has now come to rest on the ocean floor. The remainder, Valentine said, is still unaccounted for: It could still be suspended in the water column; it could have risen to the surface; it could have been eaten by bacteria, etc.

What’s the upshot of this for sea life? The study doesn’t attempt to answer that question, but as my colleague Julia Whitty reported back in 2010, the ocean depths are the foundation of the food chain, and the relatively small amounts of oil that wash ashore “hardly account for the devastation being wrought in the dark world beyond our sight.” And as any Gulf oysterman can tell you, the vital commercial fisheries are still far from recovered. By providing some concrete data about the oil’s distribution, Valentine’s study offers a starting point for future ecological fieldwork that could shed light on the long-term fallout of the spill.

“We at least put a piece in the puzzle in thinking about the damage to these environments,” he said.

For its part, BP, the company that managed the Deepwater Horizon rig, has been aggressively arguing in recent months that the impacts of the spill have been blown out of proportion. In September, the company’s top spokesperson lashed out at journalists and “opportunistic” environmentalists. (The very next day, a federal court in Louisiana ruled that the company’s “willful misconduct” and “gross negligence” caused the spill.) And this month, the same spokesperson penned a controversial op-ed for Politico claiming that “most of the environmental impact was of short duration and in a limited geographic area.”

In a statement today, the company dismissed Valentine’s findings as “grossly overstate[d]” and said there was insufficient evidence to link the hopane concentrations to the Macondo well specifically.