These magic CO2-dissolving capsules want to save the world 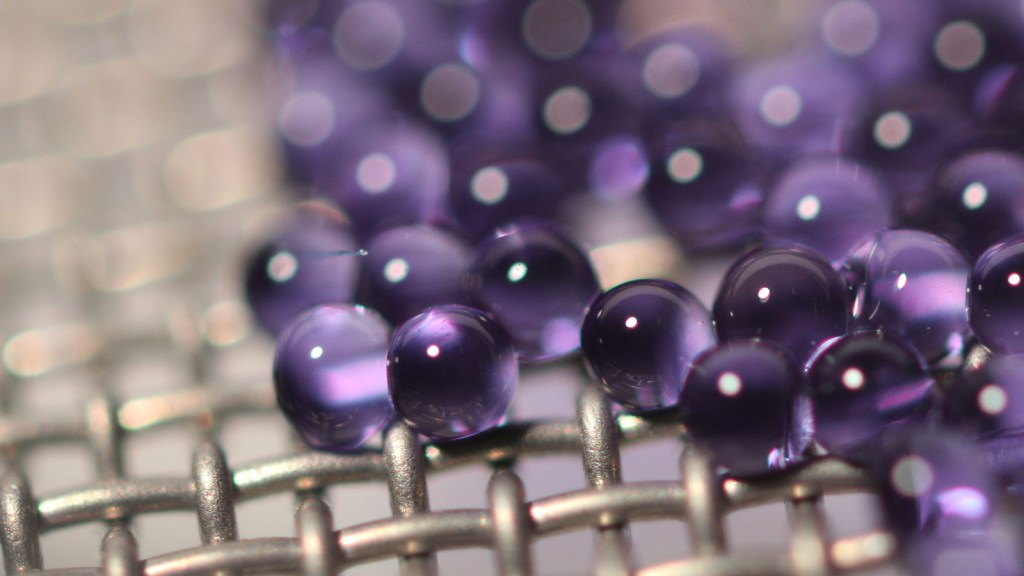 John Vericella/LLNL
the caviar of CSS

These magic CO2-dissolving capsules want to save the world

The cheapest high-tech cure for our rampant CO2 levels may already grow in our own backyard, but that hasn’t stopped scientists from continuing to try to do Mother Nature one better.

Our best bet so far looks a bit like enchanted caviar (but, um, don’t eat it). These tiny silicon capsules could potentially suck carbon out of the air faster, cleaner, and more efficiently than any other technology out there — giving us a new tool to fight emissions at power plants and factory stacks. The preliminary research is detailed in a study out today in Nature Communications, from scientists at the Lawrence Livermore National Laboratory and Harvard’s School of Engineering and Applied Sciences.

The secret sauce is actually a familiar ingredient: baking soda — or, technically, bicarbonate, which is the main ingredient in that household staple.

Scientists have known for a long time that bicarbonate can dissolve CO2 — try dropping some in a carbonated beverage and it’ll go flat — but the reaction has never been fast or efficient enough to consider on an industrial scale. What the new research shows is that the secret lies in making the bicarbonate-filled capsules very, very tiny. That way, the surface area is high enough that a little of the neutralizing material can do a lot of work, quickly.

There is still the problem of where to put all the of the CO2 once it’s been captured — the “sequestration” part of “carbon capture and sequestration” techniques like this. From Quartz:

“One of the big barriers for carbon capture and storage is the cost, which right now is about $100 for a ton of carbon,” Stuart Haszeldine, a professor at the University of Edinburgh, told Quartz. “That’s got to come down by about half to get commercially competitive with other forms of low-carbon energy,” such as natural gas.

A handful of plastic beads that look like salmon roe, are made from things you could probably find in your kitchen, and may or may not cure global warming once and for all sounds a bit like my high school science project. But at least this one might work.