These tiles harness electricity from your footsteps 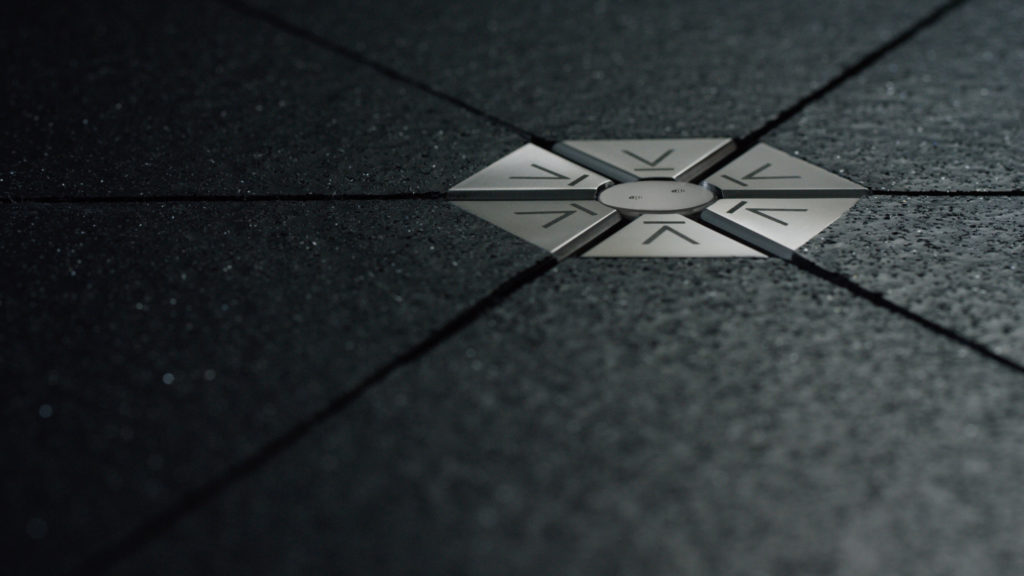 These tiles harness electricity from your footsteps

As Fitbit users like to point out, walking burns a lot of calories. But the energy you expend doing it ceases to be useful after your sneakers hit pavement. That’s where Pavegen CEO and founder Laurence Kemball-Cook saw room to create a new kind of sustainable energy technology. His company’s Pavegen floor tiles generate electricity by harnessing the power of footsteps.

The tiles are a kind of kinetic energy recovery system. We’ve seen these before in race cars and buses — but where recovery systems in automobiles convert the kinetic energy normally lost in braking to electrical energy, Pavegen tiles are all about capturing the spring in your step. Tread on a tile and the surface depresses up to one centimeter (Kemball-Cook compares the sensation to walking in a children’s play-area). The downward force drives an energy-storing flywheel inside the tile, which spins to convert kinetic energy into electrical energy through electromagnetic induction. It’s like a generator — only instead of spinning a turbine with wind, water, or coal, it’s spinning a flywheel with footsteps.

The beauty of these tiles is that they can conceivably go anywhere there’s floorspace and foot traffic — think airport terminals, sidewalks, and playing fields. That idea has attracted support from companies as big as Shell and celebrities as diverse as Al Gore and Akon (yes, that Akon) — but backers were hard to come by when Kemball-Cook started out. He began developing the technology while studying design at Loughborough University, and developed the first prototype in all of 15 hours. “I just hacked it together. There was wood in it, and it was held together by duct tape. I went to 150 venture capitalists, and they all said no. The government said, ‘It would never work, we can’t help you.’”

That was seven years ago. Pavegen tiles have since been used to help light soccer pitches in Brazil and Nigeria, a hallway in Heathrow Airport, and offices and shopping centers in London. And that was all with less-efficient technology. Earlier versions of tiles were rectangular, and only produced power when someone’s foot fell in the center of a tile. The latest generation of Pavegen tile, V3, is triangular, which allows them to include a generator in each corner. That means the whole tile pivots toward a generator no matter where you step. The V3 generates 5 continuous watts of power as you walk across it — that’s more than 200 times more efficient than Kemball-Cook’s first prototype.

Granted, five watts isn’t a ton, and not everyone is convinced that the world will ever run on Pavegen. For the 2013 Paris Marathon, Pavegen laid down a 25-meter strip of the last generation of tiles, and they ended up generating 4.7 kilowatt hours of energy — enough to keep an LED bulb burning for over a month, but nowhere near enough to power your home. “The very basic physics of it is pressure times the deformation of the material,” says David Horsley, a mechanical and aerospace engineer at UC Davis. “You’re not going to get very much for a step, considering you can get 100 watts from a square meter of solar paneling. But for small wearable electronics like watches, or maybe even your phone, this kind of energy harvesting makes sense.”

So it’s not going to put big oil out of business, and you may need to take a lot of steps to make them worth it. Good thing they’re durable as hell. “The floor is one of the harshest environments known to man,” Kemball-Cook says. “You have to be able to withstand environment challenges, water, vandalism. You need good test equipment. We have a footfall rig with four pneumatic drivers that’s being going nonstop for four years, running analytics and just trying to destroy the product.”

With the V3, Kemball-Cook thinks he’s finally reached the point where lower costs and higher efficiency will allow him to scale. Other people think so, too, with installations slated for locations like Oxford Street, London’s bustling shopping thoroughfare, and walkways outside the White House. Tribal Planet, a mobile analytics and activism company, thinks the V3’s new data-tracking abilities could help people forge more personal conceptual models of energy production and consumption. “Energy hasn’t really been a consumer product. Even utilities are a very abstract idea,” says Tribal Planet CEO Jeff Martin, a former Apple executive. “Is my utility getting this energy from nuclear power plant or a wind farm or a coal mine? I have no idea. It’s probably a combination of all that.”

If Pavegen tiles were constantly underfoot — and connected to your phone — you could track how much energy you produced personally. Kemball-Cook likes to think you could even be rewarded for it. “Imagine if you go to get sneakers and you get money off, because you’ve been generating energy for the store,” he says. There’s altruistic potential as well: Kemball-Cook envisions users donating the energy produced by their footsteps to any Pavegen-powered community in the world.

This notion of person-to-person energy accountability excites Pavegen and Tribal’s leadership. They want users to think of their steps almost like “a vote” in favor of a location, an organization, or a policy. “Not wasting your footsteps, or anyone else’s, really starts a conversation around energy that I think is more constructive than abstract concepts, like carbon-offset, that consumers are typically engaged in,” Martin says. “My vision is that this becomes a civic duty, because sustainability and wellness are inextricably connected.”

That’s not going to happen overnight, and it’s highly unlikely that Pavegen’s technology will outshine the promise of solar or wind power. But its unique ability to make the road toward greener energy tangible is what makes it exciting. With Pavegen, whether you can wrap your head around the nuances of wind turbines or carbon accounting or not, doing your part for sustainable energy can literally be your next step.