This magic bus recharges while you dig for your fare 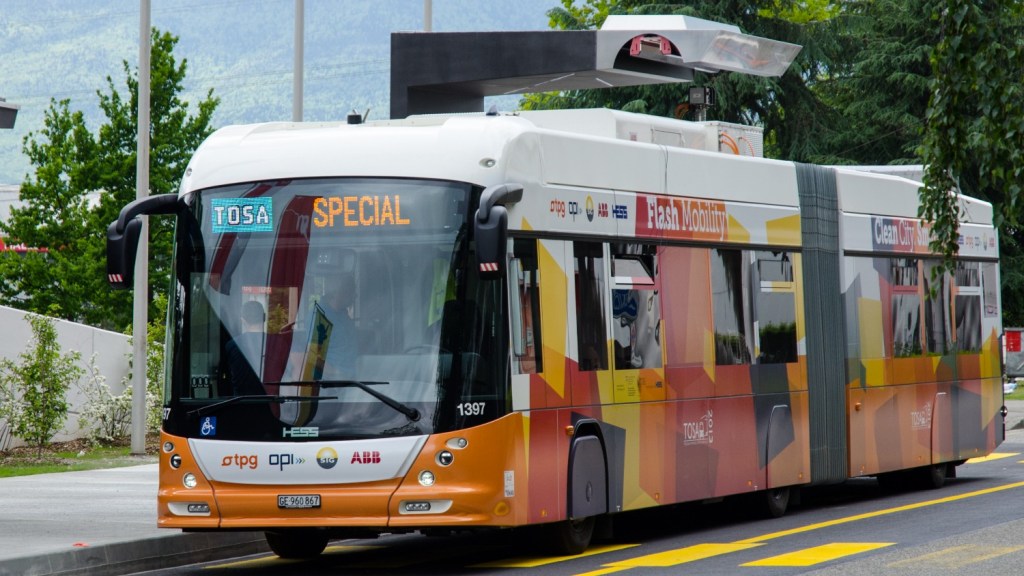 This magic bus recharges while you dig for your fare

Electric buses are great, but you have to deal with all of those wires strung through half the city, making urban kite flying a dangerous proposition at worst and an opportunity to develop lightning-like super powers at best. And while being a real-world Black Vulcan would, admittedly, be rad, (you’d never run out of juice for your Palm Pilot, for instance), an OSHA workplace study shows that less than one in 50 people who are electrocuted develop super powers [Editor’s note: I was going to call bullshit on that last bit, but this guy apparently knows what he’s talking about], so is it really worth the risk?

Batteries could solve this problem, in theory. But then there’s the whole charging issue. Buses need to keep going, all day, every day. Massive battery capacity requires massive batteries which take up a massive amount of space, and when they run dry, your bus is out of commission. It takes 12 hours to fully charge the comparatively tiny Chevy Volt and cities can’t afford to have their buses parked half the day.

Well now, the same fine folks who gave us chocolate, 32-pound pocket knives, and the Family Robinson, have a solution. Lindsay Prossnitz at web2carz.com has the scoop:

Researchers at the Swiss Federal Institute of Technology (EPFL) have developed an electric bus that can recharge itself in just 15 seconds at a stop in what’s being called “flash” recharging. It’s a green infrastructure alternative that provides buses that are not only zero emissions, but are also able to roam free of cable tethers. These overhead wires can be a major inconvenience to the residents of buildings where the wires are attached. And TOSA buses are able to adapt their routes in the case of an accident or heavy traffic.

The batteries on-board the buses have twice the energy of an electric car battery, but are small enough to fit on the roof. Once a bus pulls into a charging station, a robotic arm on the roof zips up and engages, giving the battery 15 seconds of recharging time — about the same amount of time it takes passengers to board and exit the bus.

The project sounds perfect for buses which, by necessity, make frequent stops at often short intervals. A quiet bus system with no point source pollution would be a boon to most cities, and while the details are still vague, sprinkling charging stations throughout a metropolis sounds like a far cheaper option than building subways and surface rail. Plus, deploying this sort of machinery on a massive scale could have trickle-down effects. As the technology matures, who knows? It could pave the way (pun intended) for autos as well. Here’s hoping some city will charge ahead (that pun, total accident).