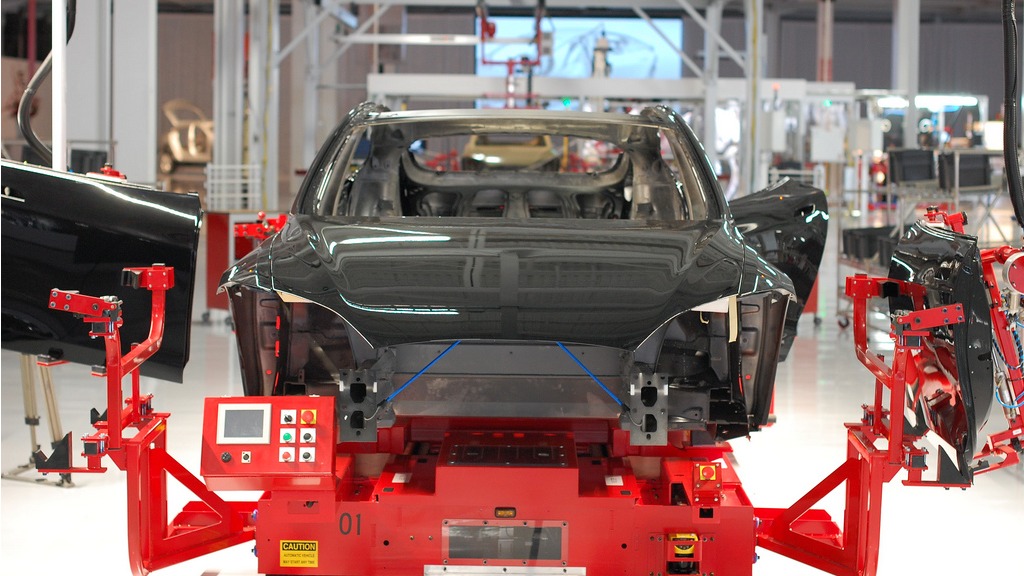 pestoverde
A workforce in a fast lane

The electric-car maker added 3,000 jobs during the past year or so as it ramped up production of its Model S sedan and prepared for the release of an SUV model, building up its Californian workforce to 6,000 factory workers, engineers, and other employees. And the company is expected to add another 500 jobs in California by the end of this year.

Bloomberg reports that Tesla now employs more Californians than any other automaker. Toyota, which used to hold that honor, now provides just 5,300 jobs in the state. And that number will fall to 2,300 after it shifts many of its white-collar workers from Torrance, Calif., to Texas over the next few years. More from the Bloomberg story:

Led by billionaire Chief Executive Officer Elon Musk, Tesla is the rare company doubling down on making products in California, which has relatively high labor and energy costs and stiff environmental guidelines for laying down new plants. Texas and other states, meanwhile, are luring manufacturers with vows of lower taxes and less red tape.

“Tesla’s scaling up here in California is terrific news,” said Gino DiCaro, spokesman for the California Manufacturers & Technology Association. “It’s also an exception — and we certainly need more of them.”

Tesla is now a bigger employer than many other high-tech California companies. It has a larger workforce than San Francisco-based Twitter, which employs about 3,000 people, and it’s gaining on nearby Menlo Park-based Facebook, which has about 7,000 employees.