This giant hamster wheel is cleaning up Baltimore Harbor 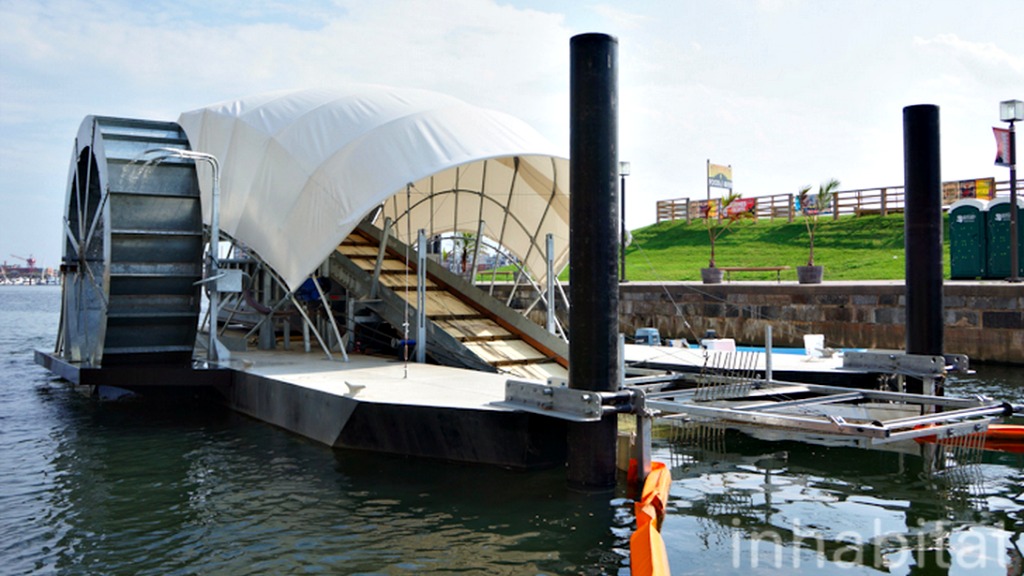 This giant hamster wheel is cleaning up Baltimore Harbor

Trash-clogged Baltimore Harbor might actually be swimmable in six years, thanks to what is essentially a giant sun-charged hamster wheel.

The Water Wheel Trash Inceptor (as it’s officially called) uses power from 30 solar panels to spin in the harbor. The wheel can scoop up an impressive 50,000 pounds of garbage every day. “I was tired of always hearing tourists say ‘ugh, this harbor’s disgusting,’” co-creator John Kellett told Inhabitat. Built by just a handful of people, the wheel was up and running in seven months.

In the finished product, what look like two ginormous pinball flippers guide floating trash toward the Water Wheel. Waste is pushed up into an Oregon Trail-esque covered wagon, which actually shelters a conveyor belt propelled by the turning wheel. After its little escalator ride, trash is dumped into a 48-foot dumpster, taken offsite, and burned at a waste-to-energy plant, where it becomes electricity. Presto! (You still shouldn’t just chuck your old boots into the harbor, but it’s pretty cool, right?)