A look at the weak regulations around oil drilling in L.A. 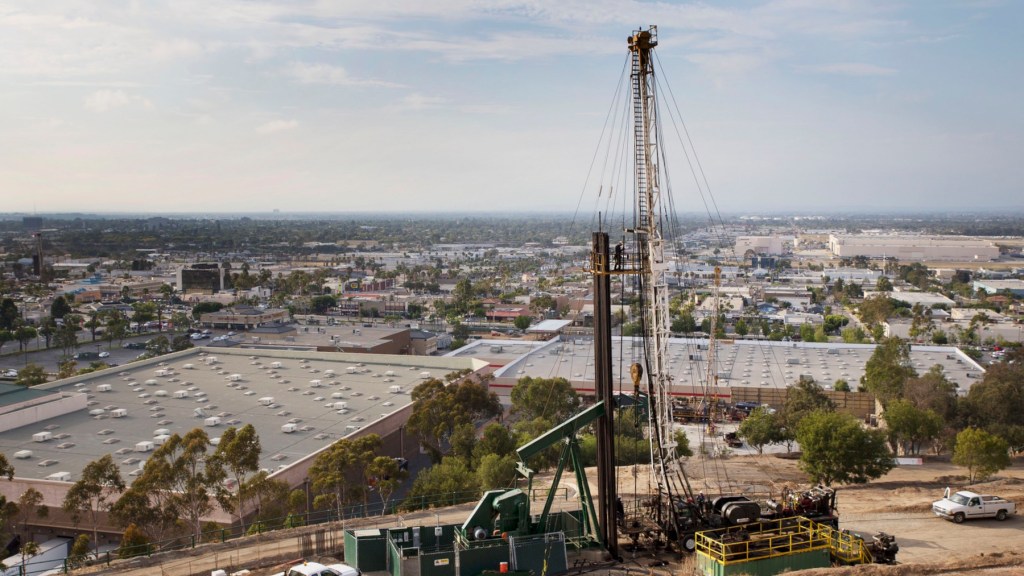 A look at the weak regulations around oil drilling in L.A.

What happens when you don’t follow through? Well, in basketball, your shot will probably come up flat, possibly bouncing off the rim and coming back to hit you in the head — and no, I’m not speaking from experience, thank you. But in government, it just means that your policies and regulations will probably be meaningless.

The L.A. Times looked into the case of an AllenCo oil drilling site in University Park, a neighborhood with the second-lowest household income levels in the city and where 70 percent of the residents are people of color. AllenCo ceased drilling in 2013, but only because of strong community organizing — and no thanks to the agency that was supposed to regulate it.

The company had beefed up the production at the site by 400 percent in 2010, and residents began complaining of headaches, dizziness, respiratory issues, nosebleeds, and a chemical odor coming from the oil field. They filed hundreds of complaints, organized large turnouts at City Council hearings, and pushed City Attorney Mike Feuer to file a lawsuit against AllenCo.

But get this: Although the city put forth a set of restrictions on oil production all the way back in 1966, the city has no way of actually enforcing those restrictions to this day. The L.A. Times reports:

The original conditions mandated “effective housekeeping” to prevent fumes that could affect neighbors. They also authorized the chief zoning administrator to impose more conditions or demand corrective action if needed to protect neighbors. Violations of the rules could lead to legal action.

If oil facilities became a nuisance, “the city could theoretically take action to shut them down,” said Jeff Druyun, who served as the city’s petroleum administrator in the 1970s and 1980s.

After AllenCo took over the site, it ramped up production.

Residing in a lilac-colored apartment building down the street, Rosario Galicia said her family was unable to escape the smell, even with the windows shut. Her older daughter complained of constant headaches.

Community organizers at Esperanza Community Housing, which operates that building and other affordable housing projects nearby, said they didn’t know about the city conditions when they mobilized residents to complain to the regional air quality agency. “We just knew that our people were getting sick,” said Executive Director Nancy Halpern Ibrahim. “Our focus was shutting them down.”

The L.A. Times identified a few key problem areas when it came to enforcing drilling regulation:

When government procedures come up short, it’s the residents that carry the burden. There have been talks of AllenCo going back to the site if they bring their operations in compliance, and, of course, the residents are against this. It’s hard not to be on their side when you see just how poorly the city has managed the site — with no reassurance that there will be any real change.