After Ferguson, we must ask: Who owns the streets? 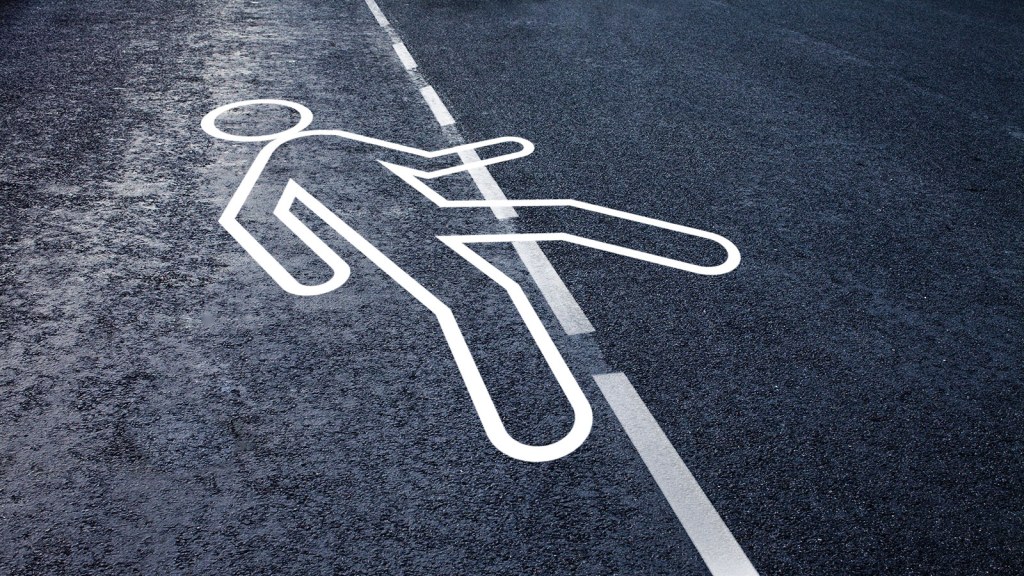 After Ferguson, we must ask: Who owns the streets?

According to Wilson’s grand jury testimony, he was driving his police-issued Chevy Tahoe down Canfield Drive, where the speed limit is 25 mph, when he rolled up on Brown and his friend Dorian Johnson walking in the middle of the road. The young men told Wilson they were close to their destination, a Canfield Green apartment.

For many people, this defiant act of jaywalking alone puts Brown and his friend in the wrong. But given the tragic outcome — Wilson killing Brown after a reported altercation between the two — it’s worth unpacking why walking in the street was ever seen as a crime or a threat at all.

Of course, duh, public safety. Confining foot activity to the sidewalks is standard law in most cities and states, and understandably. But that doesn’t totally explain Wilson’s first encounter with Brown in those streets — not on a 25 mph road in an apartment complex.

The fact is that these kinds of traffic and public space regulations have been abused in America for a long time, and for two main reasons: To grant supremacy to those who can afford to drive, and to criminalize people and activities deemed undesirable.

It raises the question: Just who do these streets belong to, anyway?

On the first point, car supremacy, it wasn’t always this way.

“Before the car became king, streets were for all users,” planner Matt Johnson wrote in a blog post on the history of jaywalking last year. “Pedestrians could just stride right out into the street. Traffic on the street, horses, streetcars, and motor cars moved at very slow speeds.”

Peter Norton, a history professor at the University of Virginia, also wrote about how jaywalking came about in his book, Fighting Traffic: The Dawn of the Motor Age in the American City. “If you ask people today what a street is for, they will say cars,” Norton told Sarah Goodyear for CityLab. “That’s practically the opposite of what they would have said 100 years ago.”

Both Norton and Johnson explain that traffic laws originally worked to protect pedestrians, even as foot traffic shared street space with car traffic. Meaning, the burden was on drivers not to hurt walkers. But as more cars hit the road, people drove faster, mowing down pedestrians in the process.

Instead of finding ways to calm road rage, however, the auto industry launched a campaign called “Motordom” that faulted pedestrians for getting themselves hit by cars. Johnson writes that a public relations guru named E. B. Lefferts came up with the concept — “a radical idea: don’t blame cars, blame human recklessness.” We still get whiffs of this today: Guns don’t kill people. People kill people.

It’s from that logic that we get jaywalking, a term used early on to describe country gawkers fumbling through city streets while fawning at city buildings. The term was enshrined in Cincinnati, after the auto industry defeated a citizen-led petition in 1923 to put 25 mph caps on car speed in response to rising vehicular killings of pedestrians. Car companies, helped along by the American Automobile Association, convinced the city to instead make it a crime for people to walk in the streets.

In an interview yesterday, Norton said the auto industry was allowed to redefine what “the street” meant, producing winners and losers in the process.

“The people in the immediate neighborhoods were the losers, and the outsiders driving in with their cars were the winners,” said Norton. “They got to say to people living in the neighborhoods, ‘Hey, the streets are ours, stay out of them.'”

The creation of jaywalking laws was not so much about public safety as it was about handing the streets over to the growing Chevy empire. It’s been ingrained in our heads ever since that the streets belong to the have-wheels, not the have-nots.

When I called the Canfield Green apartments in Ferguson, where Wilson stopped Brown, the property manager (who elected not to share her name) told me, “The thing is, [the Brown killing] didn’t happen on our property. We don’t own the street, we just own the buildings on either side.”

The property manager might be technically correct, in that the city regulates and maintains the street(s). But the idea that the Canfield residents have no ownership claim in the tar-paved surfaces of their neighborhoods unless they have a vehicle brings a whole new icky meaning to the great American phrase “Don’t tread on me.”

“Too often, roads that function as communities’ main streets are fast-moving and lack adequate pedestrian infrastructure such as wide sidewalks, frequently spaced crosswalks, and pedestrian refuges,” Mary Lauran Hall of the Alliance for Biking and Walking told me. “These are characteristics that we often see in neighborhoods that face a historic lack of investment.”

She pointed to the case of Raquel Nelson as an example of car supremacy gone completely awry. Nelson, an African-American woman, was charged with homicide after her son was killed by a driver on a road in an Atlanta suburb in 2013. She was crossing with her son to get to a bus stop on the other side of the street.

“Who was really at fault here,” asked Hall, “a mom trying to get to the bus, or a transportation network that is not designed to keep families safe?”

The Nelson case is an example of the other major abuse of public traffic/space that I referenced: The criminalization of those who society has deemed undesirable.

For much of the 20th century, police used jaywalking and loitering laws to jail or remove marginalized people from public spaces under the arbitrary precept of “vagrancy.” It was often wealthy whites who pushed police to enforce these vagrancy codes to get immigrants, women of the night, African Americans, hippies, and the homeless out of their sight.

Today, in many cities, planners and developers are building neighborhoods with the optimization of walking and biking freedoms in mind. According to Hall, this is partially in response to the over-criminalization of petty crimes like street walking.

“Nationally, we’re seeing increased attention to mass imprisonment and along with it, some states are passing measures that redirect police attention from small, nonviolent crimes,” Hall added. “As our transportation landscape shifts — and as public officials hopefully place a higher priority on keeping walkers safe — walking advocates are increasingly encouraging police departments to punish the behavior that is the most harmful to human safety.”

Walking down a neighborhood street would not qualify as a “most harmful” activity.

Geoff Anderson, president of Smart Growth America, points to Hawaii as a state where people still share the streets with cars, and it works fine, mainly because the speed limits there are really low.

Smart Growth America’s annual “Best Complete Streets” reports offer solutions for how cities can “break down the traditional separation between highways, transit, walking, and bicycling, and instead focus on the desired outcome of a transportation system that supports safe use of the roadway for everyone.”

Which is all to say that Michael Brown did not have to die, because Officer Wilson did not need to stop him.

When viewed in the racial and historical context of vagrancy laws and even present-day stop-and-frisk policies, Wilson’s approach looked less like protecting and serving, and more like abusing and overpowering. The encounter didn’t have to end the way it did , and it didn’t have to begin as it did either.