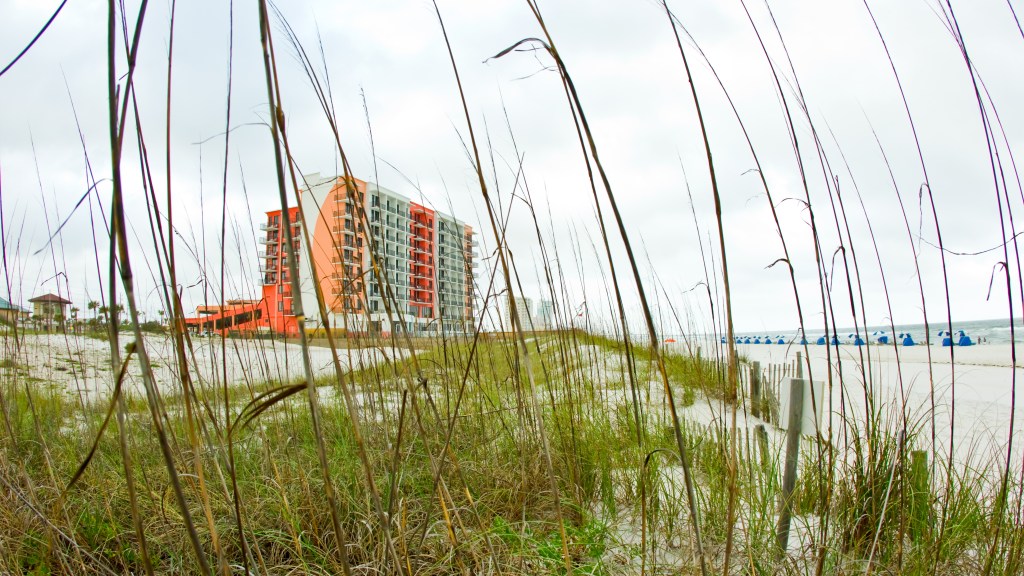 Alabama is taking the old adage “make the best of a bad situation” to a new low. The state wants to use restoration funds awarded after the 2010 Deepwater Horizon oil spill to rebuild a hotel wrecked by Hurricane Ivan. Yep, that’s right. Nearly $60 million for a beachfront lodge that was destroyed six years before the disastrous BP spill.

Environmentalists, understandably, are peeved and trying to block the project. New Orleans-based group, the Gulf Restoration Network, is suing the Obama administration to cut the funding for the hotel.

The money comes from BP’s $1 billion down payment toward restoring the Gulf. Other projects include marshland restoration, sea turtle habitat improvements, and rebuilding boat ramps. Allocation of these funds is being overseen by the five Gulf Coast states’ trustees and four federal agencies.

Here’s NPR on how Alabama is justifying the project:

Alabama’s strategy is to use the bulk of this immediate money for recreational restoration, says Gunter Guy, commissioner of the Alabama Department of Conservation and Natural Resources. He says that was easier to quantify than ecosystem damage.

Gunter followed that up with something that sounds straight out of The Onion:

“Sure, we could try to spend that on some more quote-unquote environmental projects, but we chose to do it on what we did because we think it’s the right thing to do,” Guy says. “Sure, is it an opportunity? Absolutely.”

Scare quotes for “environmental” projects? And the right thing to do for whom, Guy? Certainly not for the delicate ecosystems that exist along the coast that could use protection and restoration over a shiny new hotel and conference center.

Guy, buddy: We know the prospect of millions of dollars is a lot to get giddy about. But as the commissioner of your state’s Department of Conservation and Natural Resources, you should know better. High time to put that “money” toward “the environment.”