Auto destruct: How Detroit went bankrupt, and how it could rise again 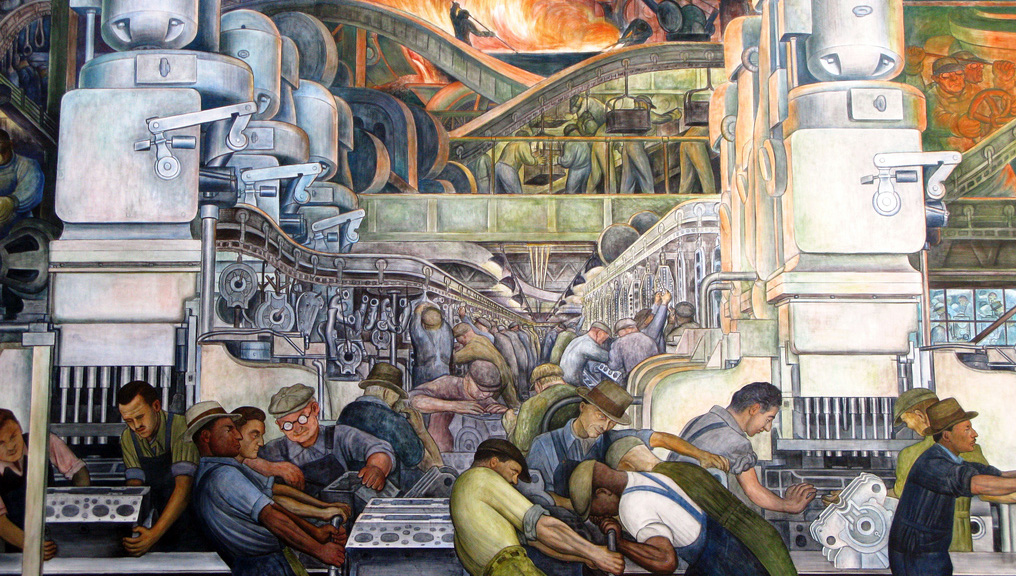 Auto destruct: How Detroit went bankrupt, and how it could rise again

So Detroit is now allowed to file for bankruptcy. It’s the largest city ever to do so in this country, though certainly not the only one. More so than some of our other insolvent municipalities — like Vacaville, Calif., or Central Falls, R.I. — it is also a place on which people have pinned a lot of dreams and nightmares.

It’s a low-rent post-apocalyptic agrarian landscape in the making. It’s a corpse that doesn’t know it’s dead yet. It’s a lot of attractive buildings, some of which are falling down.

I grew up just outside Detroit, with its high-quality pierogi and its endless hours spent in the car, feeling the traffic like a salmon trying to work its way upstream. The landmark that most defined my childhood was the Rivera Court at the Detroit Institute of Arts. The school tours I took must have involved the rest of the museum at some point, but all I remember is a jumble of naked ladies, Madonna and Childs, and fruit. The court, lined with frescoes based on Diego Rivera’s tours of the River Rouge Ford Plant, felt familiar to me. My dad, like all the dads I knew, worked in a tool and die shop, and I loved visiting that, too. The machinery really did look that impressive, the people who worked there really did look that tired and grimy, and there really were sparks everywhere, fanning out like cartoon rainbows.

The agricultural scenes on the eastern wall were familiar, too. My grandparents were farmworkers who moved to Detroit during World War II, and the time my grandfather spent on the assembly line was just a means to an end that he never could have reached if he had stayed where he was born. He wanted to own land and grow as many vegetables on it as the earth could stand, because to do so was true wealth, at least according to the culture he was raised in.

Diego Rivera finished the frescoes in 1933 — the same year that Detroit’s Mayor Frank Murphy, who had set up soup kitchens and potato gardens all over the city for unemployed auto workers, shepherded Chapter 9 through Congress. Chapter 9 is the law that made it possible for a city to file for bankruptcy — the law Detroit is now invoking.

Chapter 9, Murphy told Congress, would be “an orderly and legal way” to assist “the people of these great urban centers that are now simply being crushed out of existence by taxes and by debts.” It would make it possible for cities to continue funding city infrastructure like fire trucks and streetlights without being threatened by lawsuits from creditors who feel that when a city messes up, they should be paid first.

When Rivera’s frescoes were unveiled, many people were outraged. The America they showed was not an America that people were comfortable with. There was a move to have them destroyed or painted over, as Rivera’s murals at Rockefeller Plaza would be a year later. Edsel Ford, who had helped commission the frescoes, protected them. Meanwhile, Detroit has continued to be the America we aren’t comfortable with.

I grew up in the suburbs, and discovered the Detroit beyond the museums and landmarks only once I was old enough to drive. The city was tough to navigate — you could go for blocks without seeing a street sign at an intersection, because so many of them had been stolen. Even if you parked legally, you would probably get a ticket, because parking tickets were one of the few reliable revenue sources available to the city. But the people I met who lived in Detroit were kind, even when the system they depended on got even worse. In recent years, the police department, facing even larger budget cuts, has moved on from ticketing cars to seizing them whole.

Part of what pushed me out of Detroit were my own debts. As a naive teenager, I had sprung for an overpriced education in much the same way that the other kids I grew up with sprung for bad car loans. The $250 monthly payments I owed were like owning a ghost car that couldn’t take me places, and I couldn’t imagine being able to afford a real car on top of that. So I lit out for a part of the country where I could walk to work.

My sister, who was a musician, stayed on for a few more years, dealing with decrepit rentals with sewer pipes that burst in bad weather and a landlord who pocketed utility payments but, as everyone realized when the heat shut off in the middle of winter, never actually paid them. My parents stayed, mostly out of habit. “It’s a little awkward,” joked my mom, once, after General Motors had laid her off for what felt like the thousandth time. “I’m the only one left. I just assemble each car by myself while the board watches me.”

I don’t think that Detroit’s bankruptcy is a referendum on America, or the American dream. America changes all the time. So do our dreams. What Detroit’s bankruptcy should mean is that in the future, we ought to regulate the loans cities can take much more closely, and we should limit the kinds of loans banks can dole out to them, too.

Detroit’s current plight has its roots not in the racism that destroyed the city’s business and property tax base in the ’60s and ’70s, but instead in the mid-2000s real estate bubble and the wild and unregulated world of bank loans that accompanied it. In 2005, Detroit and its Mayor Kwame Kilpatrick managed to arrange one such creative, risky loan and get it approved by the city government. Wall Street cheered. Now Kilpatrick is in jail, banks like JP Morgan are paying fines to the Justice Department, and Detroit is still on the hook for the deals made on its behalf.

One key aspect of the bankruptcy ruling is that it allows the city to cut payments into city employees’ pension funds, and instead use that money to pay down its debt. This could further depress the local economy by diverting money from local residents to out-of-town creditors. Or perhaps it’s a necessary move to keep Detroit from the fate of Vallejo, which emerged from bankruptcy only to go under again when its payments into the state pension fund increased.

Either way, the bankruptcy is almost certain to wind up in the Supreme Court, since this is the first time a judge has ruled that pensions can be cut because of city bankruptcy proceedings.

This may seem like Detroit’s business only, but we should all be paying attention. The ballooning cost of pensions is largely a result of the ballooning cost of healthcare. We’re all still waiting to see whether health insurance reform is going to reform the part about it being really expensive. (Initial signs are positive.) Meanwhile, none of us is getting any younger.

When people talk about Detroit’s problems, it can be hard to get them to look past the visual spectacle of a city that has lost half of its population since Rivera finished the last of the frescoes. Detroit is indeed filled with blocks and blocks of grand and abandoned buildings — endless fodder for ruin-porn coffee table books. Detroit’s population may never return to what it was in 1950, or 1933. But even if it declines to its 1840 size, it could still be a good place to live.

Like many old cities, Detroit was built on high-quality farmland. Global warming, which will probably take out more prosperous cities like Miami (flooding) and Phoenix (drought), may prove relatively kind to Michigan. The growing season will get longer, and there are a lot of lakes, even if they’re polluted.

In the coming decades, climate change will accelerate the waxing and waning of American cities even more than it already has. We will have new cities, and we will have ghost towns. Now that the bankruptcy is happening, let’s hope that it gives Detroit a chance to become a place with a functioning civil society, meeting the needs of people who live there now — instead of a dream of a city that has already passed us by.