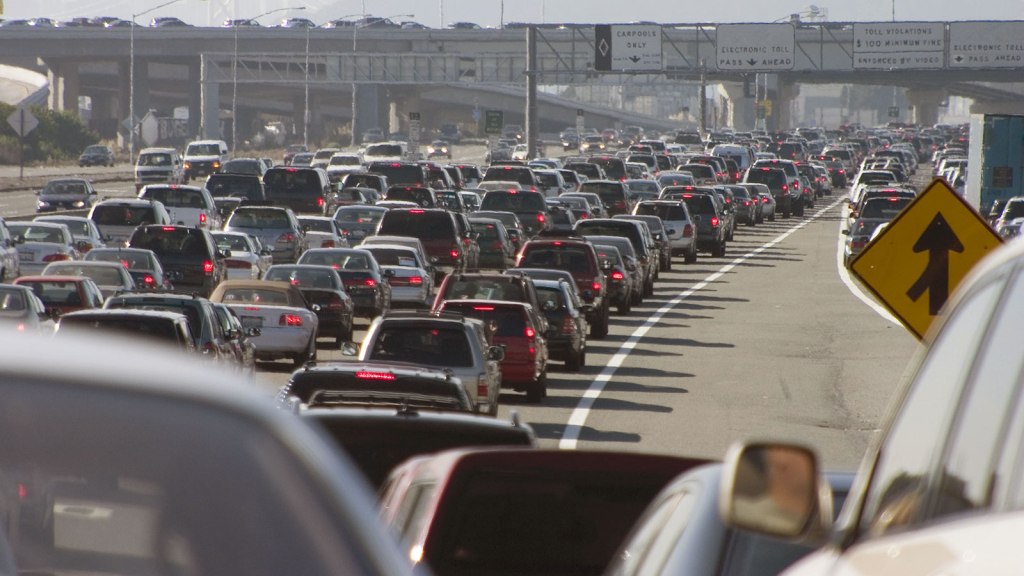 Shutterstock
For whom the road tolls

Q. What is greener – the HOV lanes on our California freeways (which, now, also allow electric vehicles with only one passenger), or the newer HOT lanes that are open to any vehicle willing to pay a toll?

This week on The Great Green Battle Royale: HOV vs. HOT! Will the high-occupancy vehicle lane take the crown, or will high-occupancy tolling reign supreme?

For those of you who have been riding a Razor scooter to work for the past few decades, HOV lanes — those earmarked for cars carrying at least two (sometimes three) people — grant a free pass past road congestion, encouraging carpooling and theoretically reducing the total number of cars on the road. They also create a smooth lane for buses, making the all-important public transportation option more attractive. And where electric vehicles are allowed to join the left-lane party, HOV lanes provide a nice incentive for people to invest in cleaner cars.

HOT lanes are essentially HOV lanes that allow single drivers to jump in, too, for a price. That price often varies, with access during peak rush hours costing the most. While this doesn’t do much for the carpooling cause, HOT drivers free up space in the “regular” lanes, which reduces carbon-belching idling and inefficient stop-and-go traffic. Less congestion and faster commutes all around, so everybody wins.

That’s the idea, anyway. Some experts argue that speeding up our jammed highways doesn’t work for long, because of a principle my econ professor would be thrilled to see me use here: latent demand. The idea is that some number of people don’t drive when traffic is bad enough, even though they’d like to. When you start to relieve that traffic through HOT lanes (or HOV lanes, or widening highways, or building new roads), those would-be motorists flock to the streets and bam, congestion again.

The practice also raises some prickly issues about fairness: Wait, so the rich can buy their way out of traffic? It’s true that nobody is forced to pay, but it’s a regressive toll on those who do: Lower-income drivers would cough up a higher percentage of their income to enjoy the smooth-sailing HOT lane — that is, if they could afford to drive in the HOT lane at all.

Ultimately, though, as much fun as it is to imagine a sort of smackdown between HOV and HOT lanes, I’ve found the match to be rather anticlimactic, Mike. In the world of traffic reduction strategies, they are really much more similar than they are different, making the contest feel as gridlocked as the SoCal freeways at rush hour.

When we’re talking about reducing greenhouse gas emissions from private cars, we have several options: greener fuels, greater fuel efficiency, and driving less — and the greatest of these is driving less. Therein lies the problem with both HOV and HOT lanes: They’re designed to make driving easier. Yes, they have some environmental bennies, but they don’t do enough to attack our main climate goal: curbing driving, period.

HOV and HOT lanes are what some urban planners would call “carrots,” like bike lanes and expansive public transportation: They provide incentives for people to ditch their cars. Trouble is, these carrots don’t always work — unless they’re paired with “sticks” that actually punish driving. Think fewer parking spaces, sky-high parking fees, more red lights, even a charge to drive into a city center … anything that makes hopping in your own car more annoying and expensive than a greener alternative.

Americans tend to object to these tough-love tactics more than our friends across the pond do, but they work. And when they do, we all get cleaner air, fewer carbon emissions, safer roads for walking and biking, and the kind of vibrant, bustling streetscapes you see in Renoir paintings.

It’s difficult to parse whether any of these strategies are better than any other, Mike. Jacking up parking fees and other anti-driving moves won’t do much good if we don’t have plenty of car alternatives available, such as those bike lanes, light rail systems, and HOV lanes for buses. So it’s best to think of these policies as parts of a larger mission — and we need them all to pull it off. This attitude might not be quite as exciting as a battle royale, but I daresay it’s more effective.