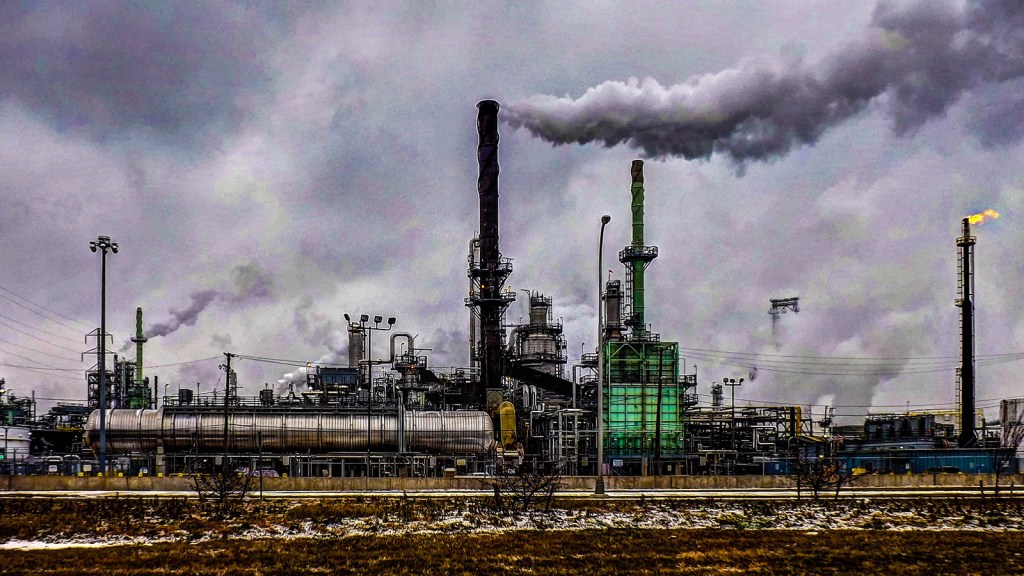 Petrochemical companies in the U.S. are into some really funky practices.

You may know that refineries and other polluting industrial plants have to apply for government-issued permits to secrete toxins into the air. The permits ensure that those secretions don’t rise above certain air quality standards so people living nearby don’t get sick and die.

Even so, companies across the country have found ways to release more poisons into the air than is safe — nasties like soot, the product of incomplete combustion. Scientists have found no level of soot that is safe for humans breathe it in. There’s no 50 shades of this gray stuff; if you live next to one of these soot secretors and inhale even a little bit of the stuff, you increase your likelihood of dying early, period.

One of the excuses companies use is that their facilities release certain premature and post-operational emissions when they are firing up, shutting down, or when they break down. This is part of doing business, they say, so it shouldn’t count under the permit caps, even though it fouls up the air quality of the people who live near their facilities.

Roughly three dozen states allow for this type of pollution under rules called “startup shutdown malfunction,” or SSM, by those who track this and who care about people’s health. It’s been going on for roughly four decades, and environmental justice groups want it stopped, like, yesterday.

The Environmental Protection Agency is in the process of finalizing a rule to do that by June 12 — thanks to a Sierra Club petition — but the groups want faster closure. After all, lives are at stake. On Earth Day, the Environmental Justice Leadership Forum on Climate Change sent a letter to President Obama urging him to “expeditiously move forward with finalization and implementation of this much- needed, long-overdue public health safeguard.”

The problem isn’t Obama, though. Like most things policy these days, it’s the states that have been obstructing progress. States are responsible for developing plans that ensure they are complying with national air quality standards. But not only have many states allowed for SSM excuses, but some provide additional cover for SSM pollution by waiving the financial liability — as much as $37,500 per violation daily — that normally comes with polluting beyond permitted limits. Called “affirmative defense,” it’s the kind of corporate affirmative action that hardly ever gets checked. (The EPA actually has allowed these affirmative defenses in the past, but a recent D.C. Circuit Court ruling, on a case brought by the Natural Resources Defense Council, will force the agency to rethink that.)

Such federal ceilings and check systems are needed because, as I’ve written before, states sometimes pretend that their stink don’t shit on other states. Also, because China.

The EPA knew SSM was a problem back in 1977. But when it set the rules, it had neither the resources nor the staff expertise to actually do anything when the rules were broken. That’s not a knock against the EPA; many new federal agency rules have a trial-and-error period when they are refined through tests and challenges. Also, Congress often bestows rule-making powers on federal agencies, but with little guidance on how to exercise those powers. Environmental groups help mold and finesse the rules via public comments … and by suing the shit out of the government agencies responsible for upholding them.

But when it comes to SSM, companies have been allowed to pollute with impunity for so long that it’s as if they feel entitled. (Remember this next time Republicans give a budget speech cursing the “entitlements” of low-income Americans.) I’m sure it hasn’t helped that the victims of this lack of oversight have mostly been communities of color and poor residents. Those neighborhoods generally don’t matter enough for anyone to care to change their practices.

Fact is, little cracking down happened for too long. Today, air pollution can be better tracked and mapped, and the data better organized and stored — though all far from perfect. Environmental groups just want the rules and their enforcement finally brought into alignment with the updated info.

To understand the urgency of this, listen to the stories of some of the people who live on the fencelines of these polluters, collected from a Sierra Club document about state plans to address SSM issues:

The Walter Coke plant has been raining down pollution since the 1880s, a practice that hasn’t slowed even as Jefferson County recently ranked tenth in the nation for cancer risks from toxic air. The company is no stranger to SSM, having invoked it over 80 times from 2008 to 2012 alone. This has meant hell for Charlie Powell, who lived close-by for nearly 40 years, developing respiratory problems in the process, and his wife developing cancer. His 70-year-old aunt Eunice Webb also has asthma after 20 years of living within a mile of the plant, as does one of her grandchildren who lives with her. Her mother and sister, also Walter Coke neighbors, have suffered heart attacks and her husband died from cancer.

The 48217 zip code is the most polluted in the nation, thanks to the Detroit Marathon Refinery. A $2.2 billion expansion in 2008 to process Canadian tar sands for crude oil couldn’t have helped. The funky sulfuric emissions from Marathon flaring has burdened long-time 48217 resident Regina Woodard-Smith with breathing problems, when not regularly over-peppering her home and yard with soot. For Sherry Griswold, who lives within a few hundred feet of Marathon, the monster flaring has shaken her home so badly that ceiling tiles dropped loose. She has stopped bringing her grandchildren over after tiring of washing soot off their skin from playing outside.

The Calumet refinery released over 320,000 pounds of excess air pollution over the neighboring community between 2005 and 2012. There are four elementary schools in close proximity. Velma White, who’s lived in the community for almost 40 years, became concerned about Calumet’s pollution after her daughter fell ill to renal failure. Many others in the neighborhood have developed respiratory illnesses, asthma, heart disease, skin problems, and cancer. She has suffered from Calumet’s flaring and funky emissions herself, with constant burning sensations in her nose and mouth and nausea.

It doesn’t sound like these communities are getting any pleasure out of living close to these refineries. Since many of the residents are elderly and low-income, they have few if any options to move away. This is why environmental groups are hoping Obama hears their hollers.