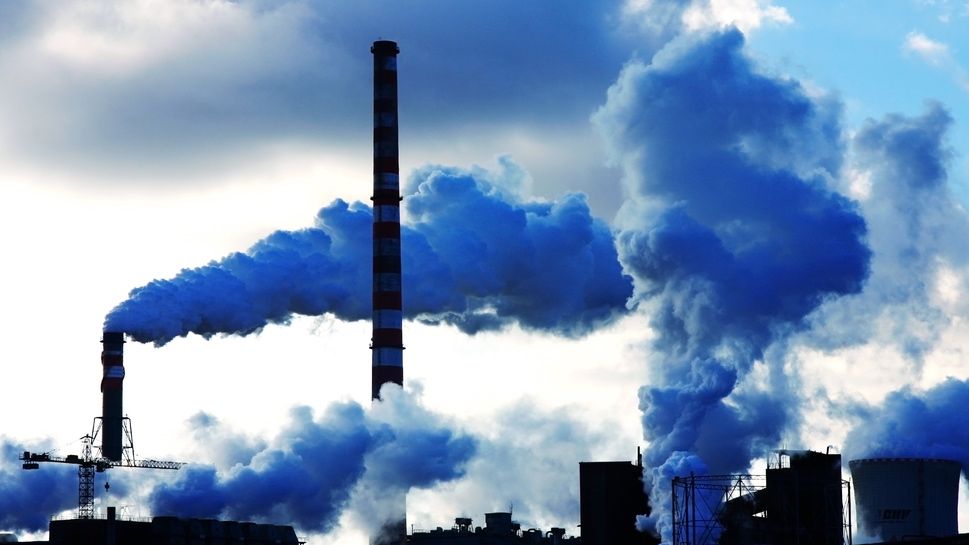 When pollution drifts by wind into other states, landing in people’s lungs and endangering their lives, it seems sensible to require the state where the pollution originated to put in controls so its industry stops harming its neighbors. It’s like a family of smokers in which a child has asthma: The onus is on the adults to limit their smoking so it doesn’t reach the crib or the playroom.

But what if the pollution is coming from several different states, and mixing in ways that it’s difficult to ascertain where each plume originates? Who determines how much pollution each state is responsible for? And who decides how best to control it? The states, the federal government, the courts?

The U.S. Supreme Court attempted to unravel this Gordian knot on Tuesday, hearing 90 minutes of oral argument for a case that will likely impact how hundreds of power plants and factories do business throughout the Midwest while helping clear the air in dozens of East Coast cities.

The case, EPA v. EME Homer City Generation, involves a 2011 Environmental Protection Agency rule, called the Cross-State Air Pollution Rule or the “Transport Rule,” designed under the Clean Air Act to help protect “downwind states” that suffer from ozone and particulate matter blown in from a total of 28 “upwind states.” According the downwinders’ court brief, pollution from upwind states accounts for more than three-quarters of local air pollution in many downwind areas.

When the EPA began developing the rule in 2010, it asked the upwind states to come up with their own plans for reducing emissions. A year later, when none had submitted plans that would have suitably honored their legal obligations to protect their downwind counterparts, the EPA stepped in with its own solution. It was a market-based, cap-and-trade-like program for reducing sulfur dioxide and nitrogen oxide emissions, modeled after the EPA’s successful acid rain reduction program.

Had the rule been implemented, it would have protected over 240 million Americans from smog and soot pollution, preventing up to 400,000 cases of aggravated asthma, 34,000 premature deaths, and 15,000 nonfatal heart attacks by 2014, according to the EPA’s fact sheet.

But the upwind states, and the utilities and industries responsible for the emissions, fretted that the EPA’s plan might lead to the federal government “overcontrolling” their operations, perhaps leading some facilities to (gasp) reduce their emissions more than was absolutely necessary.

Lawyers for two groups argued before the court Tuesday in opposition to EPA’s plan: first, a subset of the upwind states and a few cities, and second, a slew of energy companies and business associations, including the U.S. Chamber of Commerce. The business group is worried about federal “overcontrol” and the costs of cleaning the air. Both groups want EPA to stand down on emissions reduction plans until the agency first quantifies exactly how much of the downwind air pollution each state is responsible for.

But given the complexity of the problem, that would be virtually impossible, Deputy Solicitor General Malcolm Stewart explained to the court. “The same states might be contributing in entirely different proportions” to multiple receiving states, he said, “and so there would be no way of devising a solution that would be proportionate as to both.”

As for industries’ concerns about being forced to reduce pollution more than necessary, Stewart pointed out “that the only ill consequence of overcontrol is cost. That is, this is not a situation in which there is some distinct public health problem that is caused if power plants are emitting too little NOx or SO2. The only reason that people worry about overcontrol, about reducing emissions more than they need to be, is that it costs money.”

And therein lies the beauty of market-based solutions like the EPA’s Transport Rule: If one company finds that pollution controls are prohibitively expensive, it can simply buy pollution credits (“emissions allowances” in this case) from another company that finds a more affordable way to clean up its act. Cap-and-trade systems by design are supposed to support the least expensive solutions to problems like this.

But perhaps the most cynical thing about this lawsuit, and one that got practically no discussion during the hearing on Tuesday, is the fact that the upwind states and their allies in industry seem to have deliberately designed this lawsuit to delay any action at all.

If upwind states had concerns about paying for more pollution than they caused downwind, they didn’t raise them during the public comment periods when the EPA was creating and revising the Transport Rule. Instead, they sprang the lawsuit on the agency after the rule was finalized, convincing a D.C. Circuit Court to vacate the rule in August 2012. That rendered useless months of public hearings and thousands of public comments from groups playing by the rules.

Springing previously unvoiced objections in court, after a rule is final, amounts to “blindsiding an agency after it’s done its due diligence,” says Tom Donnelly, counsel for the D.C.-based Constitutional Accountability Center, who co-authored an amicus brief filed in support of the EPA. Donnelly points out that there’s a reason agencies are required to open proposed rules for comment: “These are extremely technical issues, and there is a virtue in having both friends and foes [of the proposed rule] come into the administrative process to make all of their objections clear so that EPA can respond to them and create a better policy.”

In fact, the Clean Air Act explicitly forbids courts from invalidating rules based upon objections that have not first been “raised with reasonable specificity during the period for public comment.” Judge Judith Rogers, one of the judges on that 2012 D.C. Circuit Court panel, pointed this out in her dissent against her fellow judges. The result of her peers’ ruling, Rogers wrote, is:

“an unsettling of the consistent precedent of this court strictly enforcing jurisdictional limits, a redesign of Congress’s vision of cooperative federalism between the States and the federal government in implementing the [Clean Air Act] based on the court’s own notions of absurdity and logic that are unsupported by a factual record, and a trampling on this court’s precedent on which the Environmental Protection Agency (“EPA”) was entitled to rely in developing the Transport Rule rather than be blindsided by arguments raised for the first time in this court.”

The 2012 ruling was also, she wrote, an “endorsement of a ‘maximum delay’ strategy.”

At the Supreme Court on Tuesday, Justice Sonia Sotomayor asked what would happen if her peers affirmed the lower court ruling and the EPA had to create a new rule, sans a cost-based plan. “It would be an extraordinary undertaking,” said Stewart.

Part of the difficulty, said Stewart, is that none of EPA’s challengers “identified a concrete alternative … that would disperse the burdens of compliance among the States” proportionally. The comment period is usually where such alternatives would be explored. But it’s clear that the polluting states weren’t in court to create solutions, only to delay one from happening.

In a case like this — just as in a house with an asthmatic child — it would probably be wisest to defer to the people whose lives and rights are most directly affected by the pollution. Indeed, the downwind states have sided with the EPA in their legal briefs, perhaps already understanding that the upwinders, if left to their own devices, won’t be of much help. The downwinders have their own emissions reductions they have to abide by under the law, and it’s difficult to do that if they have to keep shouldering the burdens of unpredictable, unaccountable upwind neighbors.

The consensus from reporters covering the trial was that the Supreme Court justices appeared more sympathetic to EPA’s authority here. If they do side with the EPA, and the Transport Rule goes into effect, it will be something of a miracle: As Donnelly wrote earlier this week for Grist, Chief Roberts’ court sides with the Chamber of Commerce the vast majority of the time.