How did Vancouver get so green? 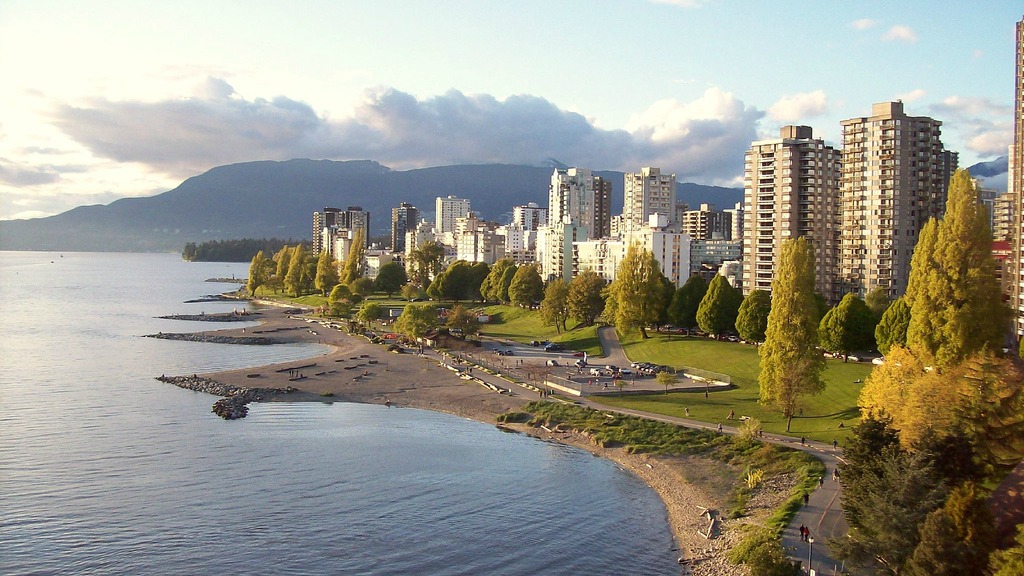 Wikimedia Commons
In a Vancouver down by the river

How did Vancouver get so green?

Vancouver is supremely green, in both senses of the word. Set between ocean and mountains and lined with verdant trees, Vancouver also has the lowest greenhouse gas emissions of any major city in North America. In 2007, the most recent year for which comparisons are available, Vancouver had annual emissions of 4.9 tons of CO2 equivalent per capita. By 2012, according to Vancouver’s city government, it had dropped to 4.4 tons per person.

“Vancouver has done really well at decreasing greenhouse gas emissions and showing leadership on climate change,” says Ian Bruce, science and policy manager at the David Suzuki Foundation, a Canadian environmental research organization. “Vancouver is bucking the trend of a lot of North American cities when it comes to how quickly the city is growing in population — it’s increasing quite dramatically, its economy and jobs have increased — while greenhouse gas emissions have decreased by 9 percent in the last decade.”

How did Vancouver achieve that? It’s an outlier in even the green-friendly Pacific Northwest: While Seattle and Portland look and feel a lot like Vancouver, their per capita emissions are roughly three times as high. The U.S.’s closest competitor to Vancouver is New York, followed by San Francisco, then Philadelphia. All of those cities are older, with many dense, walkable rowhouse neighborhoods developed in the 19th and early 20th centuries, before the car rose to dominate the landscape and city planning. Like its Pacific Northwest peers, Vancouver was built later, with more detached houses and parking garages.

In part, Vancouver is just lucky. British Columbia is rich in hydroelectric power, so keeping the lights on in all those coffee bars pumps a lot less CO2 into the atmosphere than in cities where power comes from fossil fuels. It also helps that Vancouver has a relatively mild West Coast climate. Inland cities like Minneapolis and Denver, with more weather extremes, need more fuel for heat in the winter and electricity for air conditioning in summer.

But Vancouver has also made a lot of smart public policy choices. Even as the Canadian national government backslides on environmental protection, Canada’s more liberal localities are making progress. Ontario banned coal-fired electricity this year.

Vancouver has been committed to sustainability, and creating policies to advance that goal, for several decades. Mayor Gregor Robertson keeps raising the bar on his predecessor’s successes. He developed the comprehensive “Greenest City 2020 Action Plan,” which lays down benchmarks that each sector of the city’s government must achieve.

According to environmental advocates, the city has pursued three main agendas that account for its success:

Vancouverites are eager to ditch their cars, and the city is trying to help them do so. In 2010 Vancouver started building separated bicycle lanes and it is launching a bikeshare system this year. “Continuing to shift people out of cars to walking, biking, and transit is crucial,” said Mayor Robertson in a phone interview with Grist. Robertson boasts that Vancouver has reached 44 percent of its trips being made without a car. That’s the third-highest percentage in North America, after New York City and Washington, D.C. His administration has also encouraged carsharing, which helps reduce car ownership and total driving, with free dedicated parking spaces for the Car2Go car-sharing service.

Even as the city grows, its number of car trips decreases. That means its drops are even more impressive when adjusted for population. “In the past decade, the population in Vancouver has increased [10] percent … while vehicles entering downtown have decreased by 20 percent,” notes Bruce.* The proportion of all trips taken into and within Vancouver by car have each dropped around 5 percent during the same timeframe. “It’s not based on breakthrough technology,” Bruce explains, “just planning decisions to invest in transit, bike, and walking infrastructure.”

“Vancouverites have chosen to shift out of cars for 20 years in a row now,” says Robertson. The city’s average decline in car mode share is 1 percent per year. In addition to pedestrian and bike safety, Robertson is trying to expand mass transit. But without sufficient investment at the provincial and federal level, the biggest projects may not be completed. Right now, Roberston is lobbying Ottawa for help building a $3 billion subway line that would go to the University of British Columbia (UBC) and unclog traffic on Broadway, a major road through the city.

Walk around downtown Vancouver and you’ll see a lot of skyscrapers. But unlike the downtowns of many big cities, these aren’t all just office buildings. Vancouver has encouraged building housing upwards in its downtown and along transit corridors. This manages the population growth so that most new residents are living in dense, walkable, transit-accessible environments. Denser buildings also tend to be more energy-efficient.

“Vancouver has been designed around the notion of building complete communities,” says Bruce. Shopping, housing, office space, parks, and public amenities are all found in the same neighborhoods, especially downtown. “A lot of downtown cores are ghost towns after businesses close at 5 p.m.,” adds Bruce. “Vancouver has tried to redesign the downtown and build enjoyable places. That has made public transit more efficient and a better investment — with more people living in the downtown core it made more sense to invest in things like mass transit.” Or, as Robertson concisely puts it: “We’ve battled hard against suburban sprawl.”

All that development has its environmental challenges. “A lot of the new development is in high-rise condos. Their actual energy performance does not look like it’s as good as anticipated,” notes Ellen Pond, senior policy advisor at the Pembina Institute, a Canadian environmental think tank. Buildings are the largest source of Vancouver’s emissions. And while density is preferable to sprawl, luxury high-rises encased in glass are not necessarily more efficient than, say, compact low-rise brick apartment buildings or townhomes. “The modeled energy performance and actual performance can be quite different,” Pond explains. “For example, sometimes there is no thermal barrier between an apartment’s concrete balconies and the floor inside. So, basically you’re building a building with fans that transmit energy in or out.” That can make it colder in winter and hotter and summer, and thus less energy-efficient. The city is working on these issues. Last fall the city council adopted amendments to the city’s building code requiring all new large buildings to be designed to meet strict energy standards and use 20 percent less energy — below 2007 benchmarks — by 2020. Pond says she expects these new regulations to help make future high-rises more efficient.

Trucking garbage to landfills uses energy. Burning garbage may be even worse. Vancouver also tries to make efficient use of its waste. “Our waste goal of diverting waste away from landfills and incinerators is crucial,” says Robertson. The city has introduced compost pick-up for single family homes and is now working on doing the same for multi-unit buildings. “Vancouver has a really aggressive waste management strategy to divert organics from the waste stream,” says Pond. Food waste and yard waste go to a large composting facility. The city’s compost materials are then sold to gardeners.

Vancouver even makes use out of leaky gas (although not the kind that comes out when you’ve eaten a burrito). The city captures methane at the landfill and use it to heat greenhouses. They even take the warmth that naturally accumulates in sewers and use it to heat homes.

The biggest problem with Vancouver is that this high quality of life attracts too many people. Last year, The Economist ranked Vancouver the most expensive city in North America [sub req]. Robertson argues that his environmental initiatives also make it less expensive. “Greening a city makes it more affordable,” says Robertson. “You have more affordable transportation, with walking, biking, and transit. Healthier buildings burn less fuel. You get more success by investing in a green city — both [in] quality of life and affordability.” Certainly, Vancouver’s high cost of living is a byproduct of its success. If local governments elsewhere were smart — never a safe assumption — they will seek to emulate it.

Robertson is also working on climate adaption, as any responsible mayor must these days. Vancouver, like so many coastal cities, is experiencing adverse effects from climate change and CO2 emissions, and could face much worse problems if CO2 pollution continues unchecked. The city’s harbor has become increasingly acidic due to CO2 pollution, and that may be why its shellfish are dying in droves. Vancouver has adopted a Climate Change Adaptation Plan, which is leading to policies such as flood-proof building regulations and developing plans to deal with extreme heat.

And that illustrates the most daunting fact of all: While Vancouver is doing great comparatively, it still needs to do more if it is to meet the generally accepted goal of an 80-percent reduction in greenhouse emissions from 1990 levels by 2050. While environmentalists have almost nothing but praise for Vancouver’s existing policies, they want to see the city go farther, faster. “The greenhouse gas emission targets need to be more ambitious than they are today,” says Stephanie Goodwin, Greenpeace’s director for British Columbia.

Vancouver may not even meet its own goals. “We’re less than halfway to our emissions targets,” says Goodwin. “They want to reduce emissions by 33 percent from 2007 by 2020. They’ve made less than a 10 percent reduction so far. How far will the city really get over the next 6 years? I have hope but whether they’ll get from single digit reductions up to 33 percent? I’m sitting on pins and needles waiting for that.” Goodwin notes that while the city is following its roadmap to make its buildings carbon neutral by 2020, it is not yet on pace to get there.

And so Vancouver’s status as a global warming mitigation leader is both encouraging and discouraging, depending on how you look at it. It shows how much can be done with the strongest political will and the boldest leadership — but is also uncovers a concerted strategy’s limits. At the end of the day, even most liberal Vancouverites don’t want to stop heating their homes or using electricity, and all that energy has to come from somewhere. Says Goodwin of the Vancouver government, “They’ve achieved what’s politically feasible, not what’s ecologically necessary.”

[CORRECTION: This post originally quoted Ian Bruce as saying that Vancouver’s population increased 18 percent over the past decade. In fact, it increased 10 percent between 2003 and 2013.]