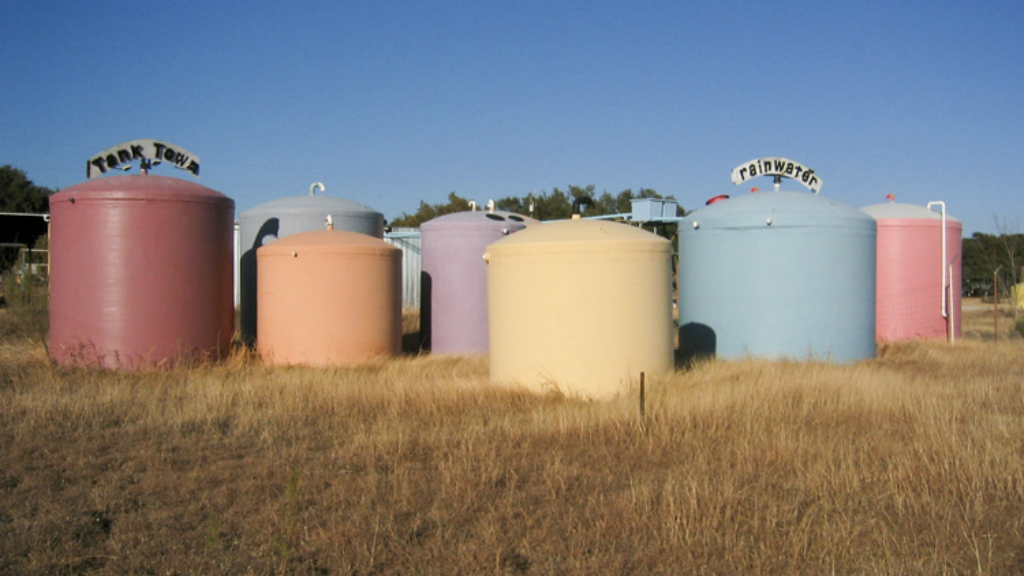 Richard Heinichen became the mayor of Tank Town by building one rainwater storage tank in central Texas in 1994. Back then you could still get groundwater from a well, but apparently it smelled gross. He started out as a rainwater evangelist for the supplemental, sulfur-free benefits, but ended up as deus ex machina during Texas’ crippling droughts.

Heinichen helped neighbors build their own rainwater tanks at first, then decided to turn the whole thing into a business. He built 16 tanks on his own property and sold some 1,300 others. He consults with hundreds of people a year about installing their own rainwater tanks. (Perplexingly, he’s also started bottling and selling his rainwater, Cloud Juice, but we hope he is at least using recycled bottles.)

Now, during the worst drought in decades, Heinichen’s hometown of Dripping Springs, Texas, is running severely short on drips. This video fills in the details, with whimsy added in the form of charming water tank paintjobs and a soundtrack straight out of a Noah Baumbach movie.

Heinichen points out that a single gravity-fed tank could support two people for almost a year. If the drought lasts longer than that? Store more water.