The architecture of the future is going to be a lot of bunkers and shacks. The bunkers will be for those people who want something sturdy enough to take on whatever climate change can dish out. The shacks — already perfected by generations of uninsured floodplain dwellers — will be for those who don’t even want to bother. Build it cheap enough, and why even bother crying if it gets washed away?

It comes as a surprise to absolutely no one that museums are coming down on the “bunker” side of this divide. Manhattan’s new Whitney Museum is a sign of things to come. Writes John Whitaker in The Atlantic:

[T]he new Whitney’s most intriguing feature might be one that’s gone largely unnoticed: its custom flood-mitigation system, which was designed halfway through the museum’s construction, in the aftermath of 2012’s Hurricane Sandy, when more than 5 million gallons of water flooded the site. The system’s features include a 15,500-pound door designed by engineers who build water-tight latches for the U.S. Navy’s destroyers. “Buildings now have to be designed like submarines,” said Kevin Schorn, an assistant to [Whitney architect Renzo] Piano, reflecting on the demands of a warming world and what it might mean for design. 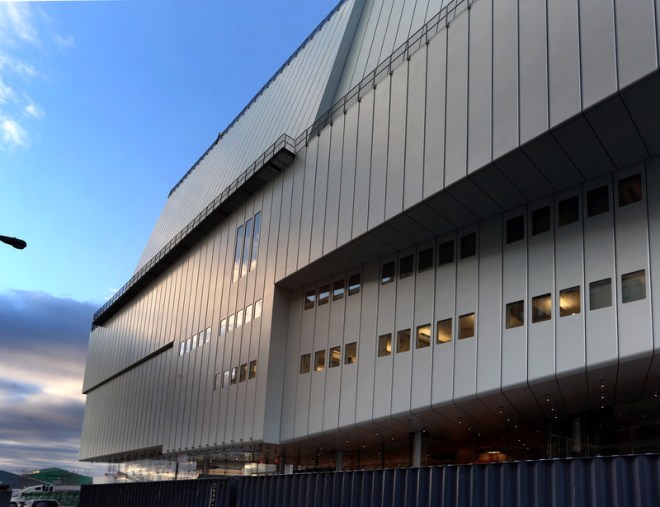 The list of the new water defense features goes on. Seriously, this is like something out of G.I. Joe. Forget about the aircraft carrier that the neighborhood kids coveted in my youth; children of the future will fantasize about owning a model of the storm-protected Whitney:

The Whitney, whose lobby is 10 feet above sea-level, is now designed to be water-tight against a flood level of 16.5 feet — seven feet higher than waters reached during Hurricane Sandy. The fortification includes a 500-foot-long mobile wall, comprised of stacked aluminum beams, that can be erected in less than seven hours. The flood door, located inside the building’s western facade facing the Hudson River, is 14 feet tall by 27 feet wide, and looks like something you might find at the back of an aircraft carrier. But despite its mass, the door is perfectly balanced so that a single person can push it shut. Both the wall and door are designed to withstand 6,750 pounds of impact from debris.

It’s not as though the art world is naive about climate change. But Hurricane Sandy caught New York, in particular, by surprise — as one might have surmised from the Whitney’s decision to build its new location in a flood zone in the first place. The storm inundated much of the low-lying Chelsea gallery district and Red Hook, an industrial Brooklyn neighborhood that is now home to many artists’ studios. 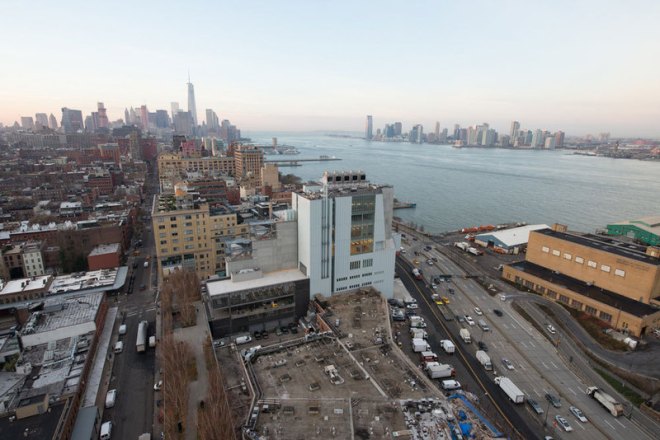 There’s been a lot of proposals for how Manhattan, as a whole, could protect itself from future storms. So far, none of them has gotten very far past the idea stage — which is how the city has found itself in possession of its first art bunker. It’ll take another hurricane or three to determine how practical the whole thing is. But I do have to admit: It is impossibly cool.