These amazing animated maps show cities on the move 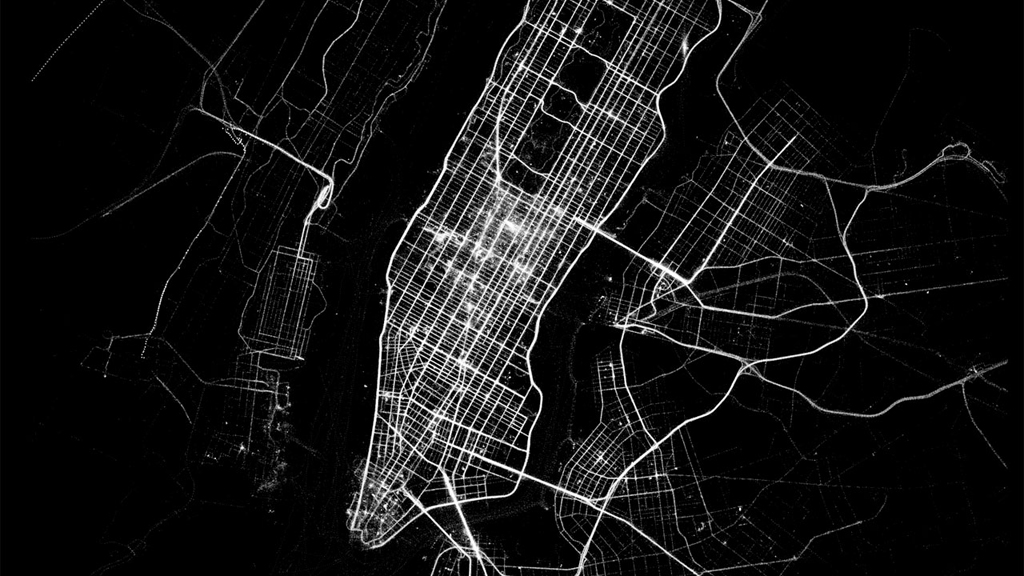 These amazing animated maps show cities on the move

Human is an app that tracks activity with the goal of getting users to exercise at least 30 minutes a day. It uses the M7 motion co-processor, a handy little iPhone microchip with gyroscope, compass, and accelerometer sensors, to track and record your every move — even while your phone is asleep.

Creepy? Maybe a little. But what with the NSA so busy looking at pictures of you in your underwear, maybe a device that tracks how you get around on a daily basis isn’t all that bad.

This month, Human’s parent company released a series of neat-o visualizations of walking, biking, running, and driving patterns for 30 cities around the world. Check out the video here:

According to some ‘plannerds‘ and city traffic engineers, the maps can give a far more nuanced look at travel patterns than traffic engineers have ever been able to cobble together with car and bike counters, census surveys, and other traditional methods.

It’s possible that one day, the data can help fill in some gaps about everything from public transportation use to bicycling in cities (since the census only counts biking to work, and doesn’t give a complete picture of how people are using bicycles to get around). But the app can’t provide a complete picture yet, because (for now) it doesn’t collect specific demographic information, and because people without iPhones actually walk and ride bikes too.

Human’s maps are certainly pretty. But for traffic engineers like the City of Austin’s Nathan Wilkes, they’re the tip of the iceberg.

If the users of apps like Human can provide just a few demographic indicators, Wilkes says, planners would be able to compensate for underrepresented groups and calculate not only how a city’s transportation choices are shifting in real time, but which streets people are choosing.

“It doesn’t seem like a far stretch to be able to have monthly updates to the heat maps to the point where we could see, ‘Oh, we just installed the cycle track on this facility: This is month one, month two, month three, month four,'” said Wilkes, the city’s lead bikeway planner and designer.

Until then, the data makes for some fun eye candy — and a cool way to compare activity patterns between cities.

Here’s a look at bicycle utopia Amsterdam, which, according to Human’s data, leads the way for cycling, and also ranks as and the most active city:

And Los Angeles, man, you gotta get out (of your car) more: