In Pennsylvania, oil trains are more likely to run through communities of color 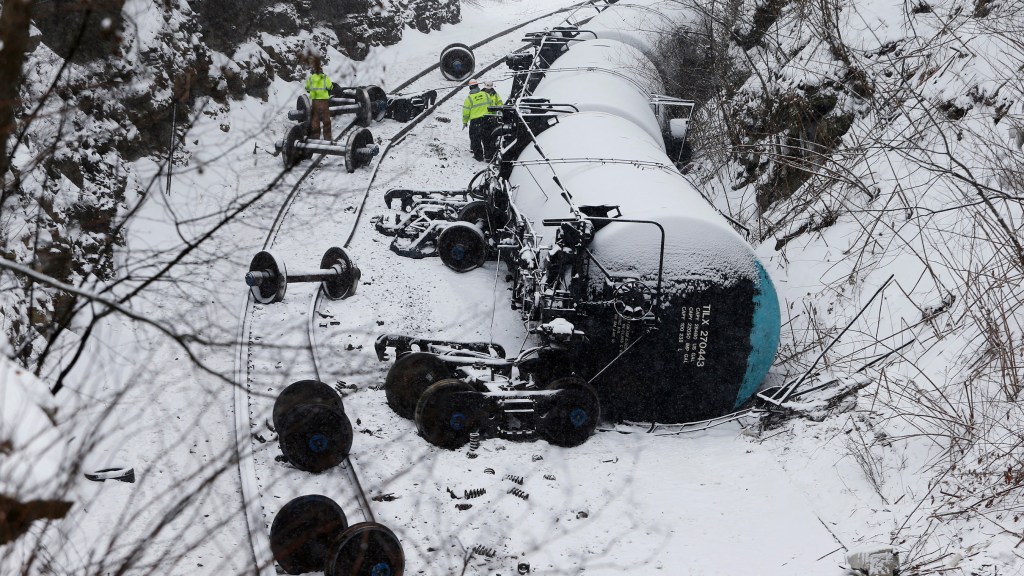 In Pennsylvania, oil trains are more likely to run through communities of color

You’d think, given the track record of our country’s terrible infrastructure, we might refrain from putting dangerous fossil fuels on top of aging railways — or is that asking for too much? Apparently, it is — and as with most poorly planned risks, the ones who bear the brunt of this danger are people of color and people living in poverty.

Earlier this week, PennEnvironment, ForestEthics, and ACTION United released a new study looking into the proximity of environmental justice communities — communities with a majority of people of color — to the oil train “blast zone” in Pennsylvania. The blast zone is defined as everything within a mile of tracks used for the oil trains routes — the area that would have to be evacuated in the case of an explosion or derailment.

About 1.5 million people live within a half mile of oil train tracks in Pennsylvania and, according to Gov. Tom Wolf (D), about 60 to 70 oil trains run through the state each week. In Philadelphia, 58 percent of the people living inside the blast zone are people of color — while outside the blast zone, that number is only 26 percent.

Similarly, in Pittsburgh, 31 percent of the blast-zone residents are people of color, compared to only 11 percent outside it. In Harrisburg, the numbers are even higher: 86 percent of the people inside the EPA-designated “environmental justice communities” are living within the blast zone.

So, what does all this mean? Oil train spills, fires, and explosions continue to be a threat (and, too often, the reality) across the country. This is especially troubling in Pennsylvania, where the state government has yet to pass many of the important safety laws recommended in a report commissioned by Gov. Wolf last year.

The increase in oil train traffic nationally over the past seven years has been rapid and poorly regulated. In 2008, the oil industry moved 9,500 carloads of crude oil. In 2014 approximately 500,000 carloads of crude moved on US tracks. In 2013, more crude oil spilled from trains than in the previous 30 years combined.

Then there’s the matter of air pollution. Oil trains emit diesel exhaust and other volatile organic compounds (VOCs) which can contribute to smog pollution. The high presence of these trains can have a huge effect on the health of the people living nearby.

“People in Philadelphia are being kept in the dark about these dirty and dangerous oil trains going right by their homes and workplaces, exposing them to pollution and the threat of catastrophe day in and day out,” Tracey Carluccio, deputy director of the Delaware Riverkeeper Network, said in a press release about the new study.

The authors of the study asserted that these oil imports contribute to environmental racism. They issued several demands, starting with the involvement of the EPA’s Office of Civil Rights:

The US EPA Office of Civil Rights and US Department of Justice Division of Civil Rights must enforce federal statutes prohibiting racial discrimination in the protection of people from oil trains. These agencies must investigate and correct the oil train-related public disclosure, public participation, monitoring, standard setting, and permitting actions that contribute to the environmental and racial injustice.

Other demands include an immediate moratorium on current oil imports and permits for any proposed projects, an assessment from the governor’s office on the disproportionate impacts from oil trains, and neighborhood meetings regarding emergency evacuation.

With the EPA’s environmental justice history, that’s a pretty big ask. But here’s to going big — because going home doesn’t seem like a great option when you live in a blast zone.