Want to make your farmers market more accessible? Move it 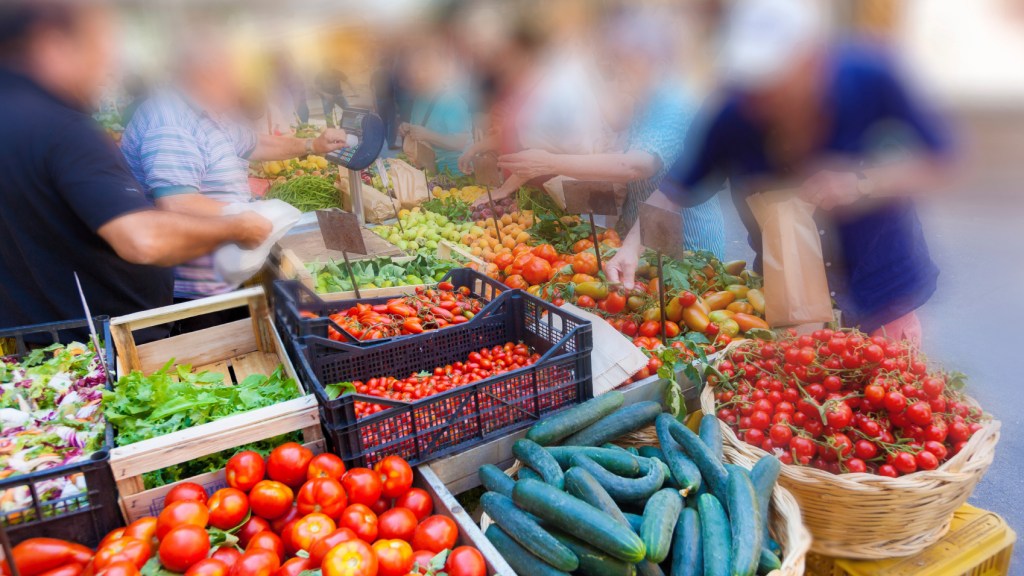 Want to make your farmers market more accessible? Move it

Picture the farmers market. You may think of mounds of garlic cloves still covered in dirt, misshapen tomatoes the size of newborns, and as many canvas tote bags as a public radio convention. What you probably don’t picture are poor folks.

Farmers markets often serve the Whole Foods crowd — educated white people with disposable income — and they usually exist in neighborhoods where those people live. This is a problem: Fresh food makes people healthier, and over the past 30 years, “grocery redlining” has left many low-income Americans without access to grocery stores at all, much less access to local farmers markets.

But researchers in Flint found that if you open farmers markets in areas accessible to low-income folks, they’ll shop at them. NPR reports:

Rick Sadler, a public health professor at the Flint campus of Michigan State University, first interviewed shoppers at the Flint farmers market in 2011, seeking to understand the demographics of its customers. Three years later, the market made a controversial move from an industrial area north of the city core — inaccessible to public transit and pedestrians — to a central downtown location across from the bus station. That prompted Sadler to return in 2015, to see if the customer demographics had shifted. They had: At the new location, the market was seeing far more shoppers from the city’s poorer neighborhoods.

Sadler found that the rate of shoppers from the city’s poorest neighborhoods was up to 20 percent — double what it had been in 2011. And the use of food stamps had increased as well — another possible indication that more low-income people were shopping there. From NPR:

Indeed, use of the federal Supplemental Nutrition Assistance Program (SNAP) at the Flint farmer’s market has increased dramatically since 2011, going from just under $65,000 a year to nearly $140,000. That’s according to the Fair Food Network, which runs Michigan’s Double Up Food Bucks, a program that gives SNAP clients a dollar-for-dollar match up to $20 a week to spend at farmers’ markets. Between 2011 and 2015, the group says, Double Up Food Bucks went from roughly $37,000 in sales in Flint to $111,000. …

“In low-income communities, we find that access and affordability are cited [by residents] as the two biggest barriers to having more healthy food,” says Oran Hesterman, president of the Fair Food Network, who’s overseen the group’s Double Up Food Bucks program since its inception in 2009. But, he adds, “the desire for healthy food is not limited by income or zip code.”

Surprise, surprise! Low-income people like fresh, ugly tomatoes too. Honestly, it seems unfortunate this even needed to be studied — like there’s this assumption that people without money would prefer to shop at the 7-11 over the farmers market, but, still, there’s a lesson here: If you build it, they will come.