Joel Kotkin thinks you want to live in Houston. Here's why you don't. 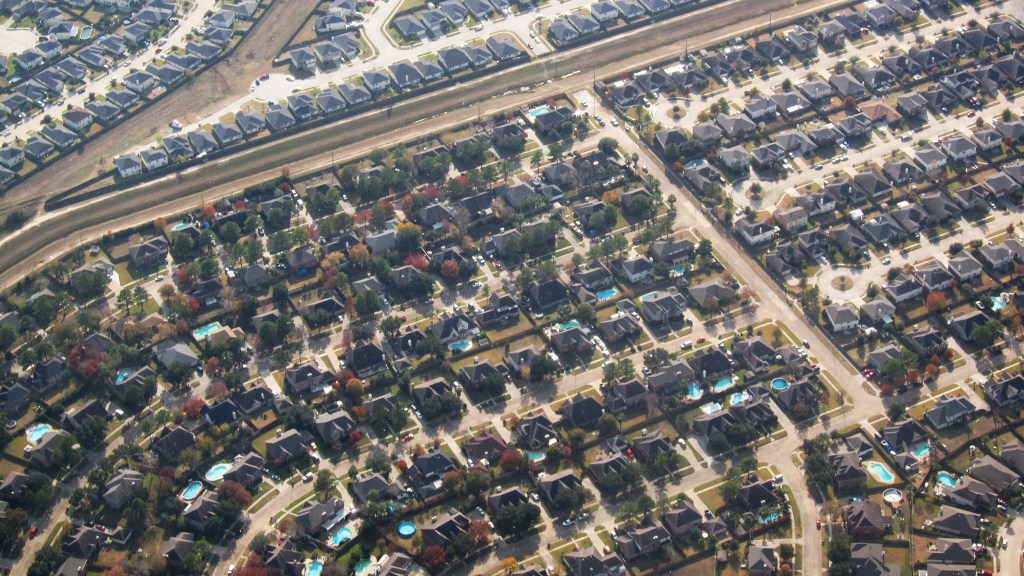 Nelson Minar
Houston, we have a problem

Joel Kotkin thinks you want to live in Houston. Here’s why you don’t.

There are people who have made a career out of being consistently wrong, and then there’s Joel Kotkin. Kotkin isn’t even so much wrong as he is confused. Like a NIMBY activist complaining about how a new luxury high-rise in her neighborhood is going to “raise prices,” Kotkin has based his main thesis on not understanding basic economics. As anyone who took the Econ 101 survey course in college can tell you, prices are set by supply and demand. If prices are high in a handful of elite, dense, coastal cities such as Boston, Washington, New York, San Francisco, and Portland, that’s because demand to live in them is high. If prices are low in the sprawling metropolitan regions of Houston, Dallas, Phoenix, or Atlanta, that’s because demand to live in them is relatively low.

And yet, for the last decade, Kotkin, an urban studies professor at Chapman University in Orange, Calif., has been churning out op-eds in leading national newspapers such as The Wall Street Journal, arguing that suburban-style Sun Belt cities are the future and Americans want suburban sprawl precisely because prices are high in dense cities and low in sprawling Southern and Western regions. Yes, you read that correctly. Kotkin repeatedly claims that because population growth is greater in Sun Belt cities and their suburbs than in urban coastal cores, it shows that most Americans, especially middle-class families, prefer living in those places.

Over that same decade, surveys have shown a growing preference for walkable urbanism, especially among the young. Dense coastal cities have seen their populations grow and their prices skyrocket. But Kotkin keeps at it. Most recently, he wrote on Friday in The Washington Post that elitist urban planners favor density and the creative economy, while regular folks want single-family homes and construction jobs:

Overlooked, or even disdained, is what most middle-class residents of the metropolis actually want: home ownership, rapid access to employment throughout the metropolitan area, good schools and “human scale” neighborhoods.

A vast majority of people — roughly 80 percent — prefer a single-family home, whether in the city or surrounding communities. …

In 2012, nine of the ten fastest-growing large metropolitan areas were in the Sunbelt, including big Texas cities like Austin, Houston and Dallas-Fort Worth, along with Denver, Raleigh and Phoenix. In 2013, Houston alone had more housing starts than the entire state of California. …

To a large extent, this growth is fueled by middle-class movement to regions that offer both better economic prospects and more affordable housing prices.

Central to Kotkin’s thesis is a logical fallacy: that people who want “single-family homes” and “human-scale neighborhoods” necessarily want suburban-style houses. Single-family homes have existed since long before cars and suburban sprawl. Among the most expensive and sought-after single-family homes are old, attached brick row houses in dense, walkable neighborhoods like Philadelphia’s Society Hill, Washington, D.C.’s DuPont Circle, San Francisco’s Pacific Heights, and Boston’s South End. Human-scale neighborhoods are walkable neighborhoods, with taller houses, wider sidewalks, and smaller front yards than one typically finds in a new suburban subdivision. Suburbs are designed on car scale, not human scale. Yes, a street of all skyscrapers is not human scale but neither are six-lane commercial roads with cars whizzing by and mega-store strip malls hidden behind giant parking lots. According to a recent Pew survey, half of Americans prefer walkable urbanism to suburban sprawl. Not all of them want to live in a tall apartment building. Some want a single-family home. But they want a row house on a walkable block, in a mixed-use community, near mass transit. They want, in other words, what is offered by many neighborhoods in the very cities that Kotkin blasts for appealing only to hipsters and the super-wealthy. The reason that only the wealthy can afford them, though, is because they are so in demand.

“Smaller luxury cities such as San Francisco are generally the ones gentrifying fastest,” writes Kotkin, as if that were an indictment of them. Hmm, why are they gentrifying so quickly? Since, unlike Kotkin, I remember my introductory economics course, I can figure it out: because people want to live there! The affordability of cities like Dallas and Des Moines, which Kotkin touts while noting their “trappings of the suburbs,” proves not their desirability, but their lack of it.

Kotkin blames “regulatory and tax policies” for the higher cost of living in cities such as New York, L.A., and San Francisco over Dallas, Houston, and Atlanta. The core cities of New York, L.A., and San Francisco are densely built up, and so are many of their surrounding areas. Southern metropolitan regions have cheaper housing, more new development, and more construction jobs because they have more undeveloped land. New York and San Francisco are the two densest cities in the country. They are expensive and dense because so many people want to live there — because of market demand, not government policies.  The places where regulatory burdens are actually artificially boosting housing prices are the suburbs that require the largest lot sizes and the biggest parking garages. If New York and San Francisco adopted the zoning codes of your typical Sun Belt suburb, they’d be even more expensive, not less so.

Kotkin ignores, as he always does, the role of federal policy in setting these prices. It isn’t mere coincidence that sprawl is oversupplied and walkable urbanism is under-supplied. It’s the product of more than $100 billion per year in federal subsidies for sprawl through various tax incentives like the home mortgage interest deduction. Sprawl is also imposed through transportation policies that charge for using mass transit but not highways, and local zoning codes that segregate uses and require low densities and free parking.

Nor does Kotkin seem to consider climate change. Many Sun Belt cities are miserably hot all summer long, and they will be even more unbearable when they face more severe heat waves and droughts. Just take a look at Las Vegas or Phoenix. And they won’t look so affordable if the prices of the air-conditioning and driving they depend on so heavily rise. Sprawling metro regions in the Sun Belt are all doing their part to make climate change even worse, though, by essentially forcing their residents to drive everywhere, often at great distances.

Ironically, in the very same newspaper on the very same day, you could read about how the suburbs are literally killing Americans. Writing on The Washington Post‘s Wonkblog, Emily Badger points out that the data has long shown that car accidents are more frequent and deadly in the suburban cul-de-sac pattern than on an urban street grid. Now, writes Badger, a new study in the Journal of Transport & Health, which we also noted in Grist, “found that more compact and connected cities … are strongly correlated with reduced rates of obesity, diabetes, high blood pressure and heart disease.” That’s because walking and biking are better for your health than driving.

Kotkin derides urbanists as elitist. But it is he, not us, who lacks faith in the ability of average Americans to express their preferences. Americans have stated in surveys, and demonstrated by bidding up the price of walkable urban areas, that there are more people who want to live an urban lifestyle than our current land-use patterns can accommodate. Yes, some people — around half the country, according to Pew — prefer car-dependent sprawl. And there is plenty of it for them. But rising prices in gentrifying, densifying cities shows not the failure of smart urban planning but its success. All that’s needed now is more supply of housing in those cities, and more walkable, transit-oriented growth in other cities and inner-ring suburbs, so that even a writer for Grist can afford to keep living the urban lifestyle that Kotkin disparages.