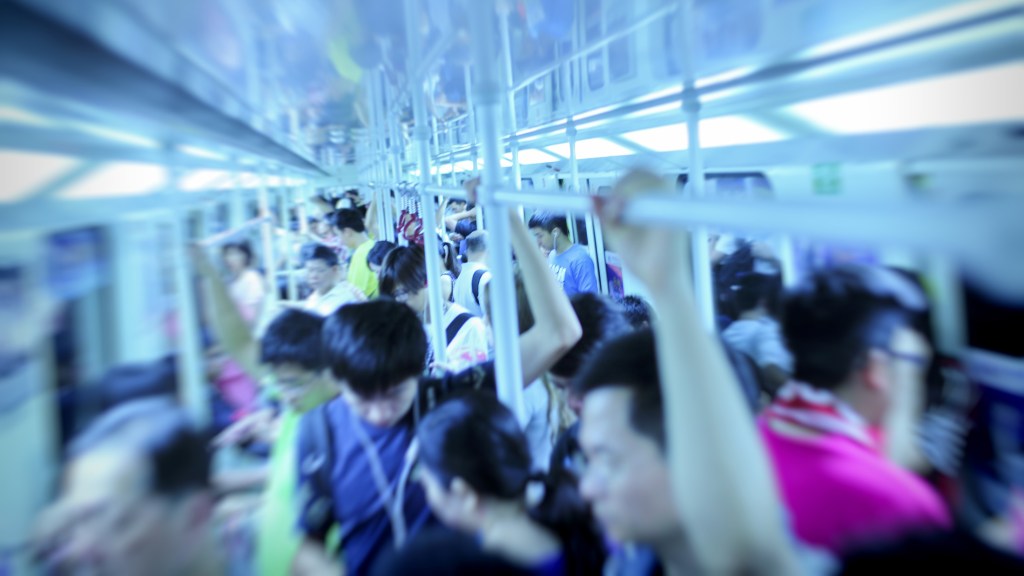 The media was impressed by a piece of good news on Monday: Last year, the number of trips Americans took on mass transit reached its highest point since 1956, according to a report from the American Public Transportation Association. Unfortunately, stories on the subject are leaving out an important statistic: How many Americans were there in 1956?

The answer, according to the U.S. Census Bureau, is 168.9 million. In 2013, the population was 314.1 million. Keep that in mind when you read articles about transit ridership’s rebound.

The New York Times, for example, devoted 651 words to its story on the new report. It listed the well-established reasons that transit use is rising: Gas prices are going up and younger people are less addicted to driving. And it notes the relevant fact that mass transit ridership is rising faster than population growth. So it is rising in relative terms.

But the Times neglects to point out the larger relative term: Compared to 60 years ago (when mass transit systems were actually less comfortable; the New York City subway wasn’t even air-conditioned), transit ridership is way down. The important number, after all, isn’t total transit trips taken, it’s total transit trips divided by population. Since our population has nearly doubled since 1956, that means our transit use has been cut in half.

Americans made a series of disastrous decisions in the 1950s through roughly 2005, moving us heavily toward suburban sprawl and driving. And we kept on making them even in the face of gathering evidence that they were contributing to the environmental catastrophe of climate change. A shift back toward a better system is worth celebrating, but keep the champagne corked until we’ve actually increased the percentage of Americans taking mass transit, not just improved slightly from a terrible low point.