Nashville is pretty ¯\_(ツ)_/¯ about its giant accidental lake 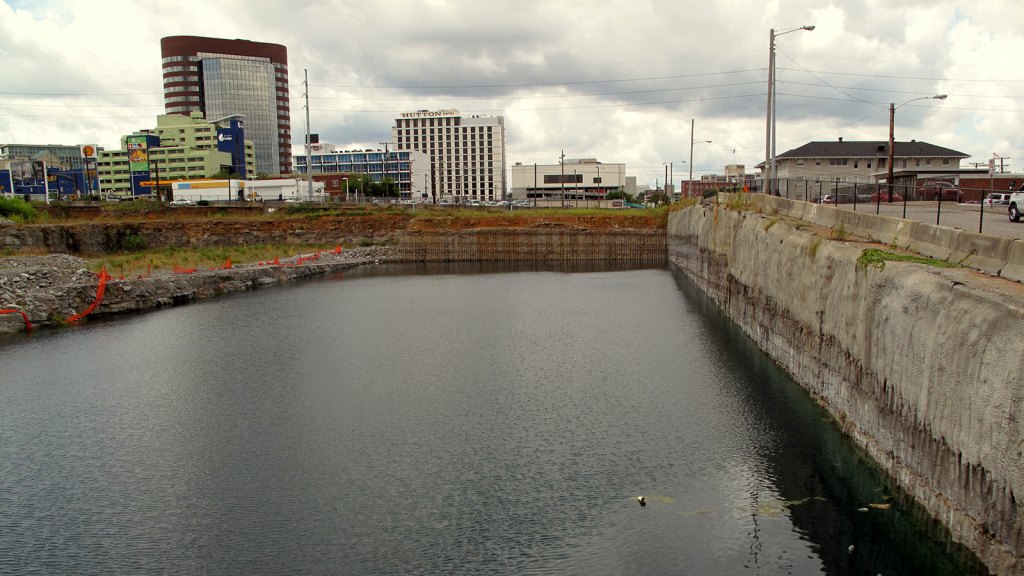 Nashville is pretty ¯\_(ツ)_/¯ about its giant accidental lake

Nashville, Tenn. — historical home to music legends like Dolly Parton, Johnny Cash, and Willie Nelson — isn’t just America’s country music capital. The southern city is also notable for something a little more offbeat: an accidental lake. Wait — How is a lake also an accident, you ask? When a developer abandons a giant hole in the ground until it fills up with 50-60 feet of water and no one complains about it, you get an accidental lake. Simple.

On the whole, human-made lakes aren’t all that uncommon in the area; Nashville has a handful of reservoirs, ponds, and lakes built on purpose by people, reports Atlas Obscura. However, this unnatural body of water — called Lake Palmer — became a city-wide target of ambivalence after a local construction firm ditched a plan for two mixed-use buildings in 2007. The locals affectionately named the building blunder Lake Palmer after project developer Alex Palmer. (Nothing like being reminded of your failures with a permanent geographic landmark, eh Alex?)

A giant pool of stagnant rainwater in the middle of downtown would seem to be a natural magnet for local ire. But Nashvillians don’t seem to mind, reported Atlas Obscura.

“It’s just something that we sort of shrug our shoulder at, and we deal with,” says [J.R. Lind, a reporter who has written about the lake for a local paper]. “The construction has stalled again, and we’re entering our wet season. So I guess it’ll just fill up.”

Lake Palmer has been part of downtown Nashville for so long even Google Maps recognizes it, though it remains unnamed. Yeesh, what’s a mosquito dreamland gotta do to get a little recognition?

TL;DR, Nashvillians feel pretty meh about this weird hole in the ground — which is more than we can say for the hole left by one departing Ms. Swift. Sniff.