Overachieving Germans to green the Autobahn 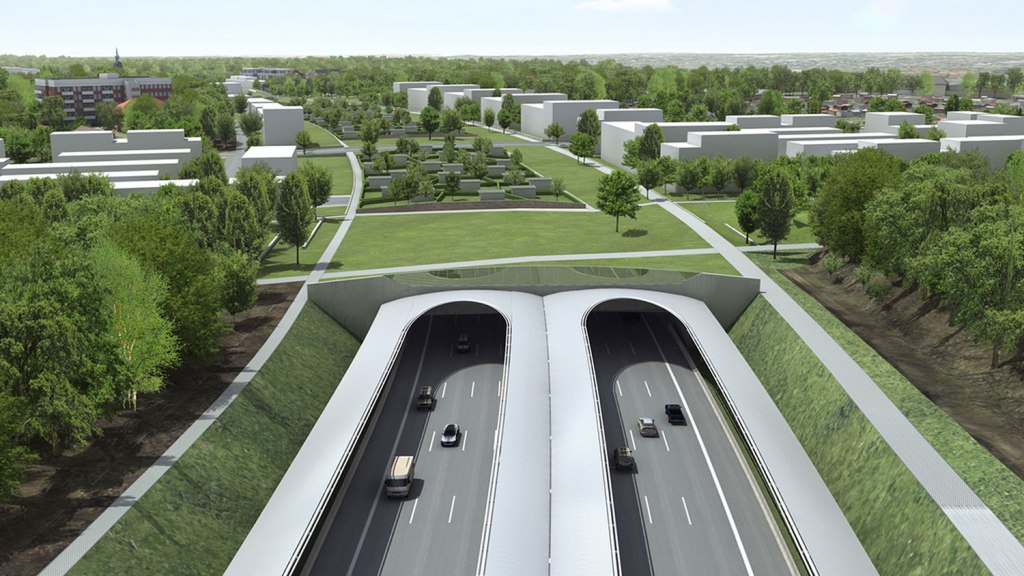 Senate Department for Urban Development and the Environment
Cities

Overachieving Germans to green the Autobahn

Leave it to the Germans to be the innovators of everything “das auto” — even if it means burying their most famous highway. The city of Hamburg plans to turn cover a two-mile section of the Autobahn with greenspaces. In total, the roof-parks, complete with woods, gardens, and trails, will add over 60 green acres to the city.

It’s significant in part because the Autobahn is most often applauded for its utility, not its beauty. The freeway network, which connects German cities, is designed for maximum speed: The wide, flat, and vast roads never, ever exceed a 4 percent grade. I experienced this firsthand when, two years ago, I sat in the backseat of a Volkswagen driven by an elderly Swiss gentleman named Rolf, both mph and Rolf pushing 80. What struck me most was its bleakness: mile after gray concrete mile, without obstruction.

The new plan, led by Hamburg’s Ministry of Urban Development and Environment, has little to do with expediency, and more to do with benefiting the environment by cutting down on traffic, noise, and pollution.

“Imagine that there now is a big, loud gap in the city, about 70 to 100 meters wide, with cars, dirt, noise, day in day out, 24/7/365,” says Schier. “After that building is finished there will be parks, gardens, quietness, bird songs, fresh air. And the parts of the city in the west and the east of the autobahn will be reunited again. The project will also mean that the city has room for a quickly growing population, since people will suddenly be willing to live next to the highway, according to Schier. “We can build more than 2000 new homes,” he says

When the parks are finished in 2022, as much as 40 percent of the area will be circuited with trails to make bike and foot commutes easier. And in fact, Hamburgians (Hamburgers? Please let it be Hamburgers) are being encouraged to ditch their autos altogether: The city is working on a plan to eliminate cars in the next 15 to 20 years, with the help of green networks like this one.