Paris plans to ban cars from its city center 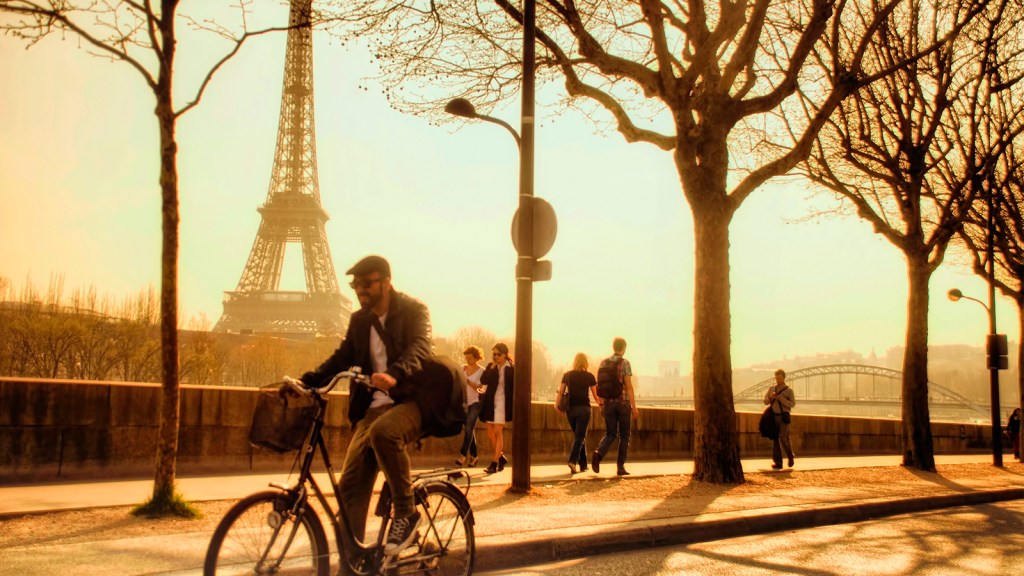 Paris plans to ban cars from its city center

Paris is surging toward the front of the peloton of European cities racing for more bike- and pedestrian-friendly streets. Mayor Anne Hidalgo recently announced an ambitious plan to transform the historic city center into a “semi-pedestrianized” zone, where walking and biking will be encouraged, and automobile access will be limited to emergency vehicles, residents’ cars, and delivery trucks.

Now, when you finally get around to taking that dream vacation to the City of Love, you can travel via bicyclette — or go retro and rock a penny-farthing — down the Avenue des Champs-Élysées with fewer cars and less lung-choking smog. If Hidalgo gets her way, the ban will start on weekends, and eventually be all week.

Hidalgo wants to double the number of bike lanes in the city by 2020 as part of a $147 million cycling development program. She also hopes to implement an electric-powered bikesharing system, and to eliminate diesel cars by 2020 to curb carbon emissions, according to The Age:

In proposing a raft of anti-pollution measures, Ms. Hidalgo is building on the efforts of her predecessor and mentor, the former Paris mayor Bertrand Delanoe.

He championed bike and car rental schemes, expanded bus and bicycle lanes, and reduced speed limits, as he sought to wean Parisians off cars in a bid to make the city more liveable.

Some 84 percent of Paris residents see fighting pollution as a priority and 54 percent supported a diesel ban in the city by 2020, according a poll of 804 people carried out by Ifop for the Journal de Dimanche.

The city enacted a temporary car ban this spring — and the French government even resorted to paying people to bike this summer — in an effort to fight Paris’s infamous smog. This new ban, although partial, is meant to be permanent. The pumped up efforts to encourage biking, walking, and public transportation should help fill the gaps.

Paris is already the host to the largest bikeshare system outside of China — the hugely popular Vélib, which was launched in 2007 and currently circulates about 18,000 bikes around the city. It’s no coincidence that 60 percent of Parisians go carless, up from 40 percent from 2011.

So while Hidalgo’s plan may appear overly ambitious from a U.S. perspective, given the speed at which Parisians are moving toward the car-free lifestyle, it may become a reality très bientôt.

Still, while Paris is surging, the Dutch still own the yellow jersey in the race to become pedestrian and bicycle friendly. (Sorry, Paris, we can talk about this when your bike paths are made of solar panels and your sidewalks glow.)