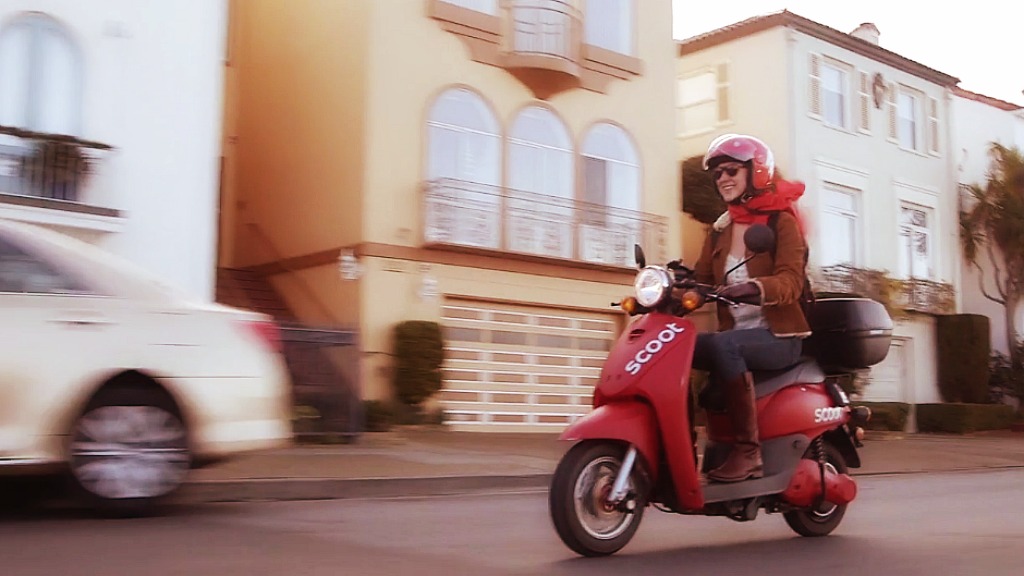 Renting a scooter to zip around San Francisco for a day sounds just about perfect — you don’t have to hoof it up the hills, it’s more fun than a Zipcar, and it’s cheaper than plunking down cash for a motorcycle. So no wonder electric scooter rental company Scoot is flourishing.

The business, which Fast Company calls “a CitiBike or Zipcar membership but for green-friendly, Vespa-like mopeds,” is bumping up its scooter banks around the city from 12 to 17. (Scoot launched in 2012 with 50 scooters.) Things are going swimmingly — according to Fast Company, Scoot members have saved 62,000 pounds of CO2 and scooted more than 50,000 miles.

Scoot members use a smartphone app to track down a dock to rent from. Taking a scooter out for a spin will now run you $3 with a basic membership (before it was $5), with an additional $1.50 fee for each half hour after that during the day. (There is also a premium membership tier and a pay-per-rental basis, too, depending on your usage.) You can park it at another Scoot dock and be done with it, or park it on the street if you’re running errands.

Scoot is confined to San Francisco for now (SADFACE), but the company is considering expanding to other cities later in 2014. Whether you’re considering buying a Vespa or just wanna feel the wind in your hair, we think it sounds pretty great.