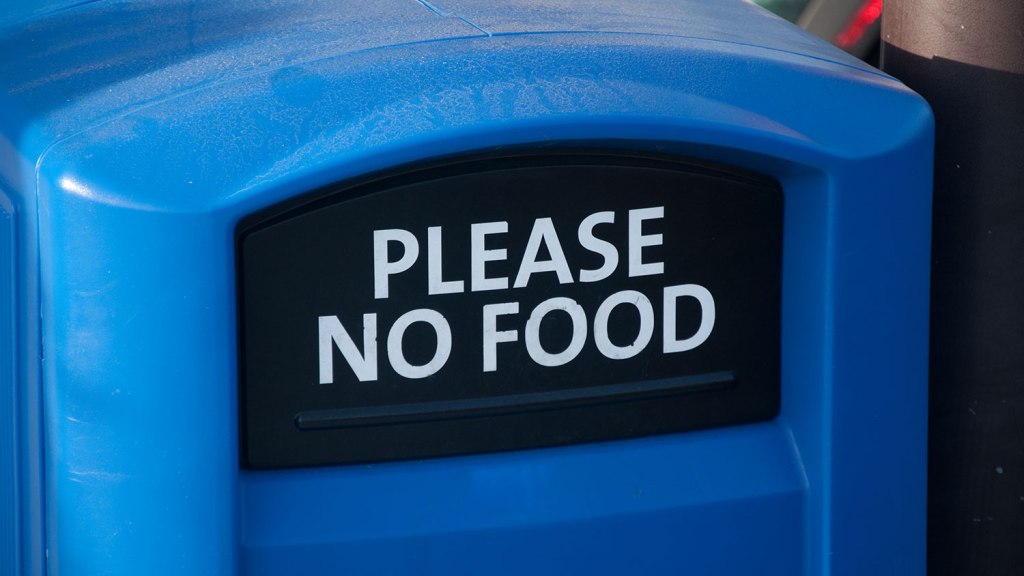 What up, Seattle! Grist’s beloved hometown is prime real estate for climate refugees; it’s located in Washington, which has the greenest governor in the country; it has a super ambitious climate action plan; AND it’s gunning to divert 60 percent of its waste from landfills by the end of this year.

That’s why, this summer, Seattle will begin fining its residents for putting compostable food in the trash bin. It’s $1 per infraction for households, $50 for apartment buildings or businesses. As the first U.S. city to actually fine people for not composting, it’ll start off easy: Until July 1, the punishment is public shaming, reports the Washington Post:

Those who refuse to separate their garbage will find their bins tagged with a red sign for all to see. The hope is that the tags will help serve as both a warning as well as an incentive to make composting a habit.

I know, I know. We’re talking about a Portlandia-esque city whose mayor actually pardoned a Thanksgiving Tofurkey, after all. But even Seattle still sends 100,000 tons of food to a landfill in eastern Oregon each year — and that’s not only expensive, but bad for the climate, since landfills are the globe’s largest producer of methane gas.

Still, the penalty does seem rather small. Is a $1 fine really going to do much to change habits? And aren’t the compost cops going to have to tear open every trash bag to hunt for banana peels? Nope, says NPR:

[Seattle waste contractor Rodney] Watkins doesn’t have to comb through the trash — the forbidden items are plain to see.

“You can see all the oranges and coffee grounds,” he says, raising one lid. “All that makes great compost.”

So much for Seattle’s deep green #citybrag. But by the end of 2015, maybe the shame will get bad enough for the city to actually meet its goal. Cause just like the Seahawks, we’re nearly there: 56 percent already, baby.