If you’ve been reading my stuff for a while, you know that power utilities are super sexy and exciting and fascinating, which is why all the hip kids are so into them.

And you’ll be thrilled to learn that there is a new survey out revealing the opinions of the men and women behind the curtain, those who run the institutions that keep the U.S. electrical grid, or “America’s Libido” as it’s so often called*, humming.

Specifically, Utility Dive does an annual survey of U.S. utility executives and the 2015 results were released today. 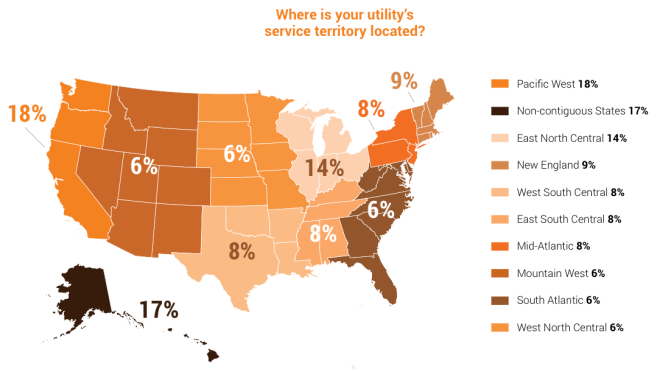 As you can see, Hawaii and Alaska are oddly overrepresented. The survey is also West Coast–heavy and relatively Southeast-light. We don’t know anything about the size of the utilities represented, just their business models (see below). Any of those factors might slightly skew the results. 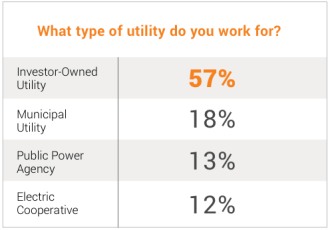 Which is all just to say: This isn’t a scientific study, just a survey, a source of fun and discussion, not gospel. That said, it reaffirms several of my preexisting opinions, so I say we dig in!

First, utility execs have gotten the memo about the rise of distributed energy: 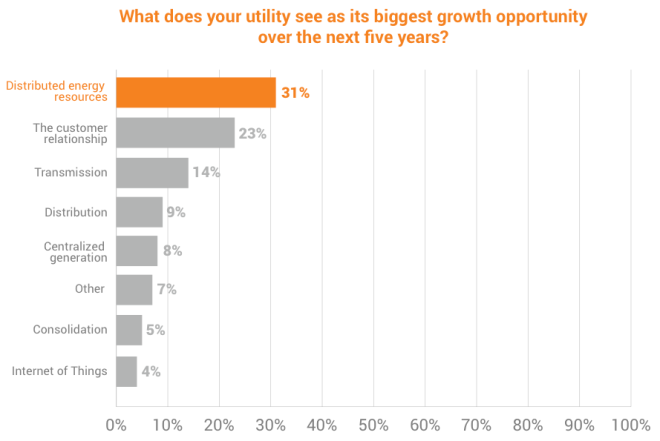 Distributed energy and closer, better communication with customers are two pillars of the utility of the future, so this is encouraging. We find out later in the survey, however, that this enthusiasm for distributed energy is accompanied by a good deal of confusion about how exactly to approach it. 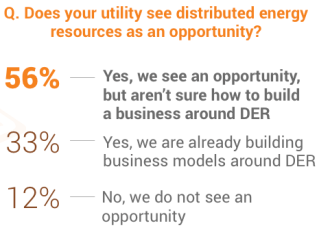 What sort of new technologies do utility execs want to get into? This is also encouraging: 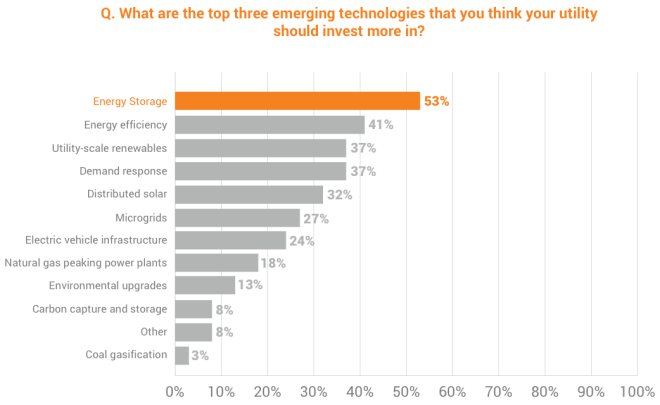 Why are they so jazzed about energy storage? Probably because it’s the technology with the most potential to make the new grid behave like the old grid. But that’s probably worth a separate post.

Natural gas peaking power plants took a back seat on the utility industry’s priority list. Given the abundance and low price of natural gas, this is somewhat surprising. Perhaps this is because the industry is already investing in natural gas and utilities are concerned about an overreliance on the fuel, which had disastrous consequences for the industry during the polar vortex in 2014.

This is my guess too — there will be plenty of investment in nat gas plants, but it’s not particularly sexy any more.

Anyway. That’s all good news. This question gets at the bad news, the stuff that is holding utilities back: 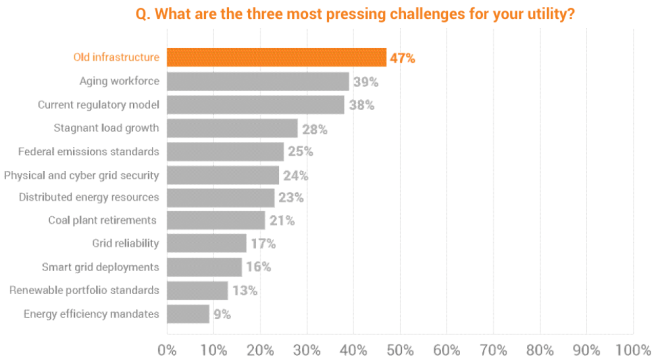 The first two you can at least envision utilities beginning to solve themselves. But the third, the regulatory model, requires action from policymakers. For my money, I think solving the regulatory piece would help solve the other two — make utilities more dynamic, more focused on addressing modern energy needs and technologies, and more young people and investment will flow in.

Speaking of regulatory and business models, utility execs seem aware that things cannot continue as they have for the last several decades. They know change is coming: 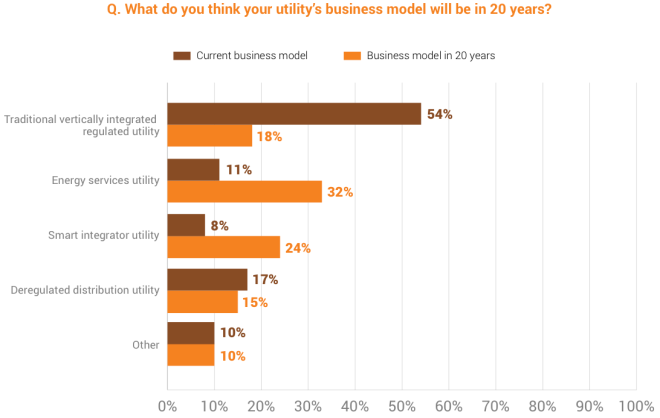 It’s worth quoting some of the report’s discussion on this:

While most of the utilities we surveyed currently operate under a traditional vertically integrated model, few see that as the likely model for their utility 20 years from now.

An even greater number of utilities see themselves moving to an energy services utility model. Under such a scheme, the utility would not make its money by selling a commodity, but by operating the smart distribution platform and providing value-added services to the consumer. Energy efficiency would become the utility’s mission and profit center.

Yes! For more on those as-yet-theoretical business models, see this post from my utility series. It is highly gratifying to hear that utility executives see and accept that this stuff is inevitable. In an era of flat demand (68 percent of execs are seeing stagnant load growth) the sell-more-energy model simply cannot survive. And as this next graphic shows, execs don’t seem to be under any illusions that tacking on new fixed charges can make up the difference. 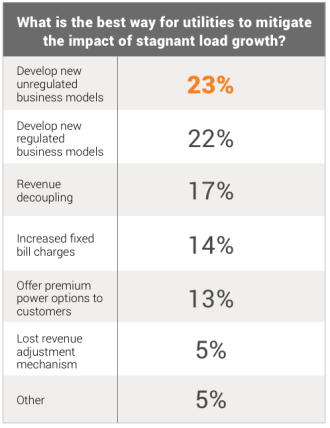 OK, I’m testing your patience, so I’ll just sum up a few of the other results.

Two, somewhat to my surprise, a large majority of utility execs think the EPA’s plan to reduce carbon emissions from the power sector is on the right track (see graphic below). That’s 62 percent who think the standards should be maintained or strengthened. Suffice to say, those aren’t the voices you usually hear in the press. 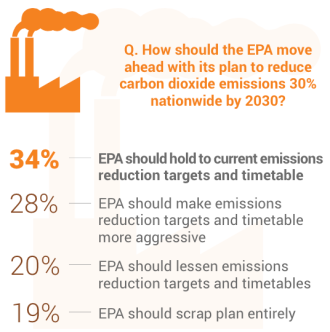 And finally, lest we get too excited about the wisdom and good intentions of these execs, here’s their answer in regard to why utilities should invest in clean energy and efficiency. Keep this in mind the next time you hear anyone claim that targets and mandates are not needed to drive this transition. 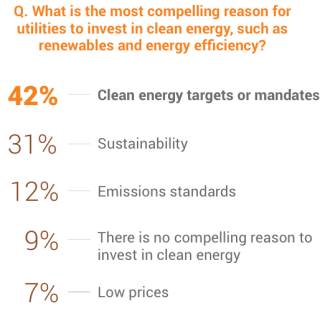 Summarizing: Utility execs are more hip to the future than I would have guessed. And that’s good news.

* No one actually calls it that.