The city should shovel your sidewalk 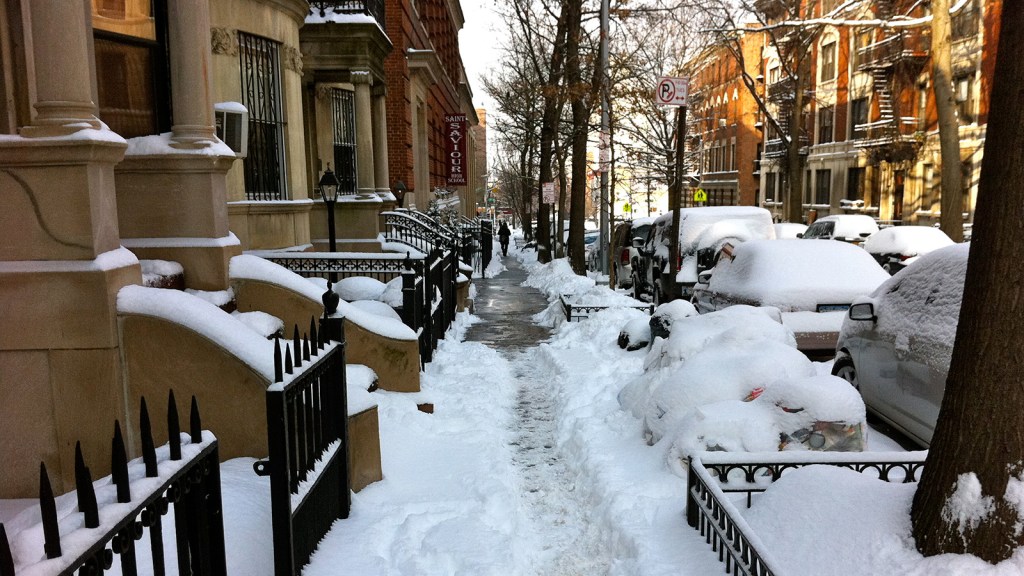 The city should shovel your sidewalk

It’s an odd fact of life in New York City that after a snowstorm the streets are nicely plowed but the sidewalks may remain a mess. The city dispatches trucks to clean the streets shortly after the snow stops falling. But the sidewalks? That’s up to the owners of the buildings alongside them. And if a homeowner doesn’t get around to shoveling? Well, then you’ll just find yourself delicately dancing along a bumpy, icy, and/or slushy stretch of pavement.

This is hardly unique to the Big Apple. Cities, and especially suburbs, throughout the country take the bizarre position that roads are a public good but sidewalks, where they even exist, are a luxury that homeowners must maintain for themselves. It is especially perverse in a city where more people walk than drive as they go about their daily lives.

Theoretically, New York City can fine owners $100 or more for not shoveling their patch of sidewalk. In practice, enforcement is somewhere between spotty and nonexistent.

And so, in this particularly snowy winter — which may become the new norm thanks to climate change — a New York City council member has proposed that the city up the fine to $250 and use the proceeds to pay for the shoveling itself. The New York Daily News reports:

Councilman David Greenfield (D-Brooklyn) is introducing legislation that would require the city to shovel sidewalks ignored by property owners and charge them for it. …

Under Greenfield’s bill, the city would hire more seasonal snow laborers, paying them $12 to $18 an hour to shovel sidewalks. He said the charges to property owners would more than cover the cost.

Greenfield said he decided to act after dozens of complaints from constituents about treacherous sidewalks.

This would be an improvement. But it would be even better if the city just took on the responsibility of shoveling all sidewalks. Why should cars get a publicly cleared path while pedestrians do not? Sidewalks are as much of a public good as roads, and pedestrians should be as entitled to safe, ice-free surfaces as cars.

Greenfield’s scheme is just a way of getting the cost of shoveling off the city’s balance sheet. But plenty of New Yorkers might support a small tax increase to pay for safe sidewalks. If the city is intent on making property owners foot the bill, it could be done through a property tax surcharge. Building owners aren’t the only ones using sidewalks, however, and there is really no reason they alone should have to pay for keeping them clear.

If Greenfield’s bill passes, the city will inevitably still fail to catch many negligent homeowners, leaving their sidewalks unsafe. It will arbitrarily impose those steep fines based on whose block a cop happens to check or which neighbors — generally the wealthier ones — complain the loudest. Some homeowners getting fined will deserve it, but some will have genuinely good excuses for having failed to shovel.

For cities to be livable, walkable, and sustainable, they should have high-quality city services delivered by the city government, including usable sidewalks.