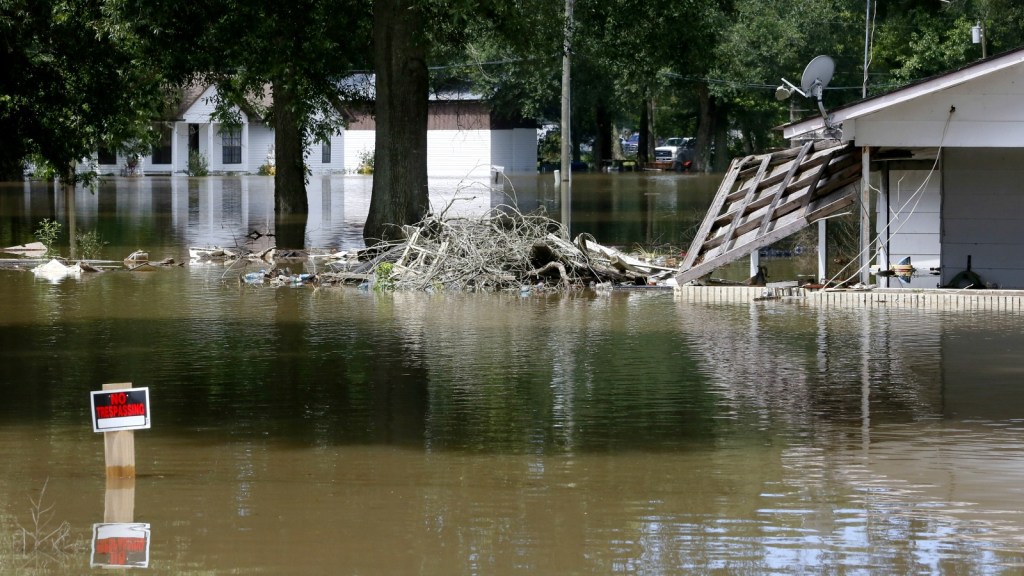 There is a lot of water in southern Louisiana right now. The region’s been lashed with rain for the past week — the water has inundated freeways, surged past levees, and left about 40,000 homes water-logged husks of their former selves. The rain has stopped, for now. And when the water finally drains, people will return to their homes, pick up what’s left, and start rebuilding.

But the climate science prognosis doesn’t look good. This is the eighth time in about a year that 500-year rainfall has hammered the United States, and climate change will make extreme weather events like this more common. That means, among other things, millions of dollars worth of property damage. Fixing everything up and managing the growing threat of climate-related destruction hinges on flood insurance — which relies on ever-evolving, incomplete maps to determine risk. But new models will make it possible to better predict floodplains as it becomes increasingly dangerous to live on the coast.

The system isn’t perfect, but for people living in flood-prone regions like southern Louisiana, it’s the best line of defense, says Rafael Lemaitre, a FEMA spokesperson. If you’re covered, FEMA will pay out as much as $250,000 to repair your home.

But there are problems with how those policies get parceled out. “So much of it starts with what you define as a floodplain,” says Craig Colten, a geographer at Louisiana State University. FEMA creates flood risk maps that delineate areas of the region with a certain likelihood of being flooded every year. (An area that has a 1 percent probability of being flooded every year is called a 100-year floodplain.) Then, they base insurance premiums on where residents fall in those areas — the higher the risk, the higher the price.

Those maps, it turns out, are only updated every decade or so, when FEMA looks back on which places have flooded in the past. “It’s going to be a while before the recent flooding is factored into the maps,” Colten says. And the way water moves on the land is changing all the time: More developed areas with roads and parking lots lead to more runoff, for example. Climate change, too, is dramatically increasing the risk of flooding.

What coastal communities really need is predictive flood maps: projections of flood risk based on modeling. Right now, pretty much all flood insurance comes from FEMA, which, again, updates its maps infrequently and also allows residents to comment and push back on the boundaries, effectively letting them determine their own flood risk. Insurance companies, which might have the capital to invest in models that incorporate climate change, have largely stayed out of the business since the 1920s — partly because it’s too risky, partly because government-subsidized rates are too low for private companies to compete with.

But that may change soon, says Jeff Waters, a flood modeler at Risk Management Solutions, which models catastrophe risk for insurance companies. In recent years, he says, computers have finally been able to handle the computationally draining task of modeling something as dynamic as flooding across the U.S. Better modeling could lead to better estimates of risk in certain places, which would allow companies to price policies accordingly and residents to really understand how risky their locations are. And as FEMA enacts some much-needed reforms (like phasing out government subsidies, for one), it may become easier for insurance companies to offer up flood policies, too.

Another way to manage deepening risks, Colten says, is to widen the pool of people who buy into flood insurance. Currently, only the people living in 100-year floodplain areas are really expected to buy insurance — they’re the ones most at risk, after all. But if the insurance pool included people from 500-year floodplains, say, the risk would spread out more thinly. This scheme would’ve worked well for the flooding happening now, Colten says, since the water traveled far beyond the 100-year floodplain.

And FEMA is going with another, more direct way of managing the increasing risks of climate change: encouraging more severe weather-resistant infrastructure. Some of the funds FEMA provides for a disaster go toward rebuilding cities and houses to stricter code and in areas that aren’t quite so risky — say, at higher elevations or further away from the ocean. “Instead of constantly rebuilding for the next disaster, it’s much smarter to use federal dollars to build safer and build back,” says Lemaitre. As climate change risks climb and insurance costs rise to reflect reality, the shoreline of Louisiana will change, too: fewer buildings on the coast, and a lot more houses on stilts.