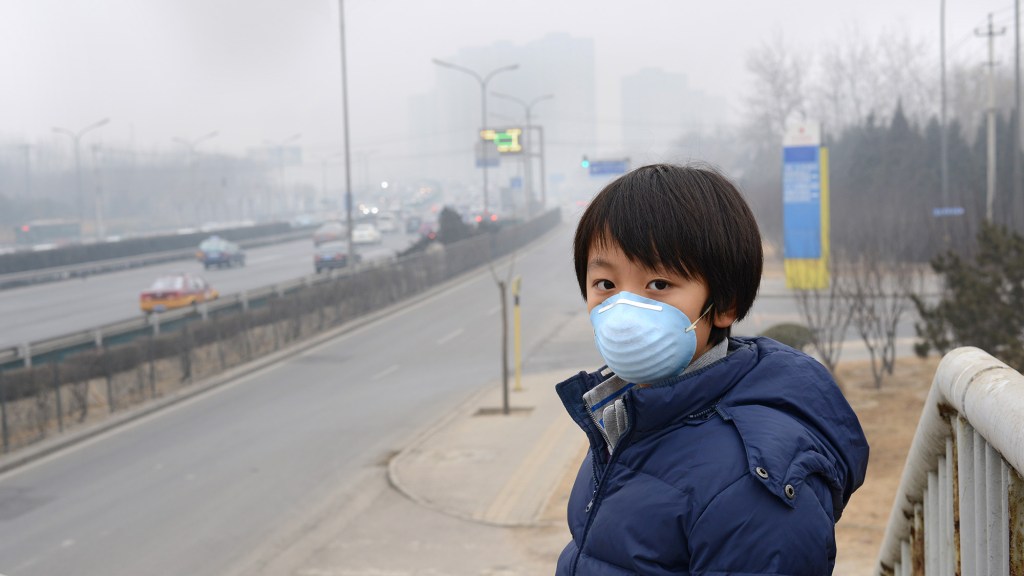 “Good news!” said my friend. “It’s safe to run this morning!” I was sitting in the courtyard of the house where we were staying, drinking coffee and not even thinking of running. I had arrived in Beijing with only one clear goal hovering in my mind: to eat my own body weight in dumplings.

But part of the rainbow of human existence is having friends who care about staying healthy even when they’re on vacation. When this one arrived in China, she had downloaded a weather app on her phone that used data from the air quality monitoring station located on top of the American Embassy to tell you how vigorously you might want to be breathing that day.

The day before, the sky had been gray, and the entire city had felt like smoking a cigarette that we could never put down. But this morning, the app reported the air quality index was about 40, down from yesterday’s 200. And so my friend had pulled on her spandex and taken off exploring. No one else in the neighborhood was running, but when they saw her, a few people waved encouragingly, and faux-jogged in place, like vaudevillian performers.

“Do you know what the air quality index is in Los Angeles?” she asked.

Beijing is often compared to Los Angeles. Both cities are located in basins that are prone to temperature inversions, which can trap emissions down at city level for days at a time. The night before had been windy, and so most of the exhaust from Beijing’s trucks, cars, and power plants had been whisked away — possibly, in a neat bit of weather migration, across the Pacific to Los Angeles.

It’s difficult to compare pollution levels today to those of the past because of changes in measurement standards and technology. But as far as the sheer extent of Beijing’s air pollution today is concerned, the closest analogue is actually industrial-revolution era London. London fog — made famous by so many raincoat advertisements and BBC miniseries — was pretty much just solid, Beijing-level pollution. To compare: This winter, the recurrence of Beijing’s yearly airpocalypse sparked another exodus of those city residents who had the means to move elsewhere; in December of 1952, one of London’s notorious “peasouper” fogs contributed to the deaths of an estimated 12,000 people.

London fog is still around in a milder form — just like L.A.’s smog — but China is now in the air-pollution lead. It’s only been eight years since China surpassed America as the highest CO2 emitter. Yet — not to be imperialist or anything — China’s emissions are, in a very real way, America’s emissions. When the U.S. exported the work of actually making things to China, we exported the pollution associated with making those things. We keep on digging up more coal than our laws allow us to burn to stay warm in the winter, in the hope that China will buy it and burn it themselves.

The rough estimate is that pollution in northern China, where Beijing is located, takes an average of 5.5 years off your life. Children, with their permeable little lungs, are even more vulnerable to air pollution, and in Beijing, families that can afford to send their children to schools where they exercise in domes filled with filtered air or buy visas like the EB-5 so that they can raise their children overseas.

As in the U.S., environmental change in China operates on the level of the very large and the very small. The national government tightens emissions standards, villages rebel against their farmland being turned into factories, and much of the country’s struggles with people in rural areas like Mongolia, Tibet, and Uighur territory are, at their root, environmental ones. They are conflicts over what is more valuable: the land as it is; or the factory that can be built on top of it; or the coal, oil, gas, and minerals that may be underneath it.

With all this, you might expect a metropolis like Beijing to be a dismal place, but it’s not. To me, it feels eerily familiar — like the industrial suburbs that I grew up in, where the people were convivial and briskly confident. Small factories lined the edges of neighborhoods, and the smell of welding on a summer night was as familiar as the sound of the ice cream truck.

Years ago, the first time I visited China, I passed through Shenzhen, a former fishing village that in the 1980s became China’s first special economic zone. The city, seen from the air, was an orderly grid of wide boulevards and low-slung industrial buildings, like a Versailles made of factories. The air was the color of condensed milk.

“Is that fog?” I asked the man sitting in the airplane next to me. He was quite friendly, and had been amusing himself by lecturing me on Chinese history.

“No!” he said, brightening. “Pollution! We make everything in the world!”

I felt a twinge. Something had lodged in my heart like a chip of ice, and I realized it was jealousy. I remembered that delight, that pride in making things. Though it had soured a long time ago, it had been a central part of the story of my family in Detroit and other industrial hubs in the Midwest — the automobiles and trailer hitches, and even the hideous metal furniture that my grandfather experimented with manufacturing for a while, before going back to trailer hitches.

As Shenzhen was being built, my city, along with others like it, was being disassembled, and the factories that I passed on the train home to visit my parents were surrounded with tall grass, with the occasional pheasant scampering through it.

The work had moved on, but the pollution that we had taken on in exchange for that work remained, and that was what seemed most unfair. We deserved better, and so does China.