Why is New York's Citi Bike losing tons of money? 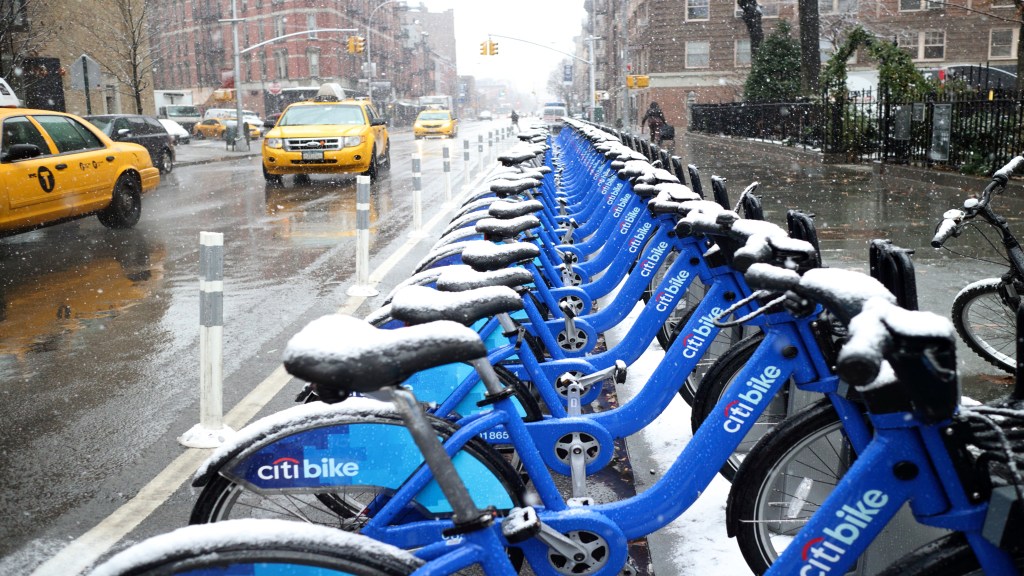 Why is New York’s Citi Bike losing tons of money?

New York, I love you, but you’re bringing me down. It’s only been 10 months since the Citi Bike program started, and already the “most visible bikesharing program in the world” is in trouble. Not just the can’t-get-out-of-first-gear kind of trouble — we’re talking losing-millions-of-dollars-very-rapidly kind of trouble. On top of all that, their general manager just quit.

With over 6 million trips taken and more than 400,000 memberships and passes sold, everything seemed like it was going so well. What happened?

Trouble started with software glitches in the Citi Bike map and $10 million in flood damage from Hurricane Sandy. Alta Bicycle Share, the Portland-based company that operates Citi Bike program, hasn’t been so great at maintaining and repairing vandalized docking stations and damaged bikes.

Redistribution of bicycles to high-demand areas during rush hour has also been a sore spot. Morning commuters complain about being “dock-blocked” while trying to find available bikes through the Citi Bike app. Frustrated riders tweeted complaints about certain docking stations being empty for days on end and lamented Citi Bike gridlock. Want to get a Citi Bike in the Bronx? Fuggetaboutit. And like other bikesharing programs across the country, Citi Bike isn’t attracting low-income or minority riders.

So far, Citi Bike’s finances depend on day-pass purchases meant to appeal to tourists, which have dropped significantly over the past few months. Unusually harsh weather played a part: Turns out when the city gets buried under one of the snowiest winters in 10 years, not many people want to take a joy ride to Coney Island. Bike stat wonks and data engineers made a lot of fancy graphs and charts to prove it.

So will Citi Bike find itself gone in a New York minute?

Even though 91 percent of New Yorkers polled by Transportation Alternatives think Citi Bike should expand through federal dollars, the program (unlike other bikesharing programs in the U.S.) was actually designed to operate without public money. So while Mayor de Blasio has no plans to bail them out, he might agree to let the company raise fees for annual memberships. The WSJ also points out that cozying up to other potential sponsors for revenue has proven difficult, what with the large Citi Bank logo emblazoned on every blue bike in town.

New Yorkers aren’t alone in their bikeshare troubles: Some programs in other cities aren’t doing so hot, either. But if Citi Bikes can fix itself and come out stronger, it’ll go a long way toward proving that if a bikeshare can make it here, it can make it anywhere.