Why's the rent so damn high? It could be Airbnb. 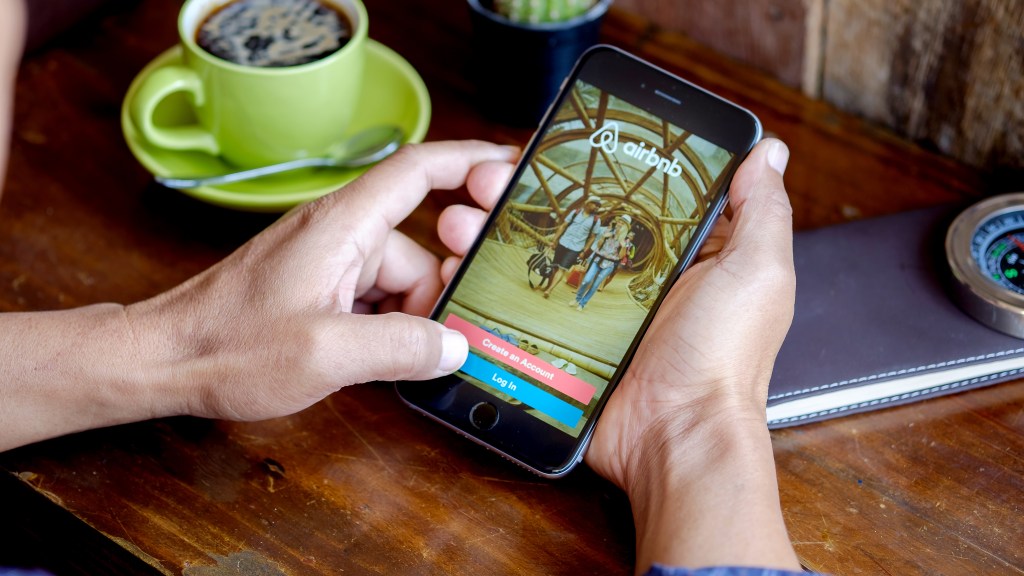 Why’s the rent so damn high? It could be Airbnb.

A 20-year resident of San Francisco, Tarin Towers lived in a rent-controlled apartment in the Mission District. Her building, a six-unit Victorian, was home to people who had stayed in the Mission for decades as the neighborhood changed around them. Some of her neighbors were multigenerational families, some were elderly, some were disabled. As long as the building remained rent-controlled, they should have been protected from the city’s skyrocketing housing market. But in 2013, the building was bought by well-known real estate speculator Fergus O’Sullivan, who saw he could make more — a lot more — with new tenants. But first, he had to get the old ones out.

In some ways, San Francisco renters are lucky. Their city has rent-control laws, unlike most places in the U.S., where your landlord can get rid of you as soon as the lease ends. In San Francisco, in many cases, a landlord must pay for the privilege of kicking you out — sometimes handsomely. As Towers’ landlord started renovations on her building, turning it into an all-day construction site, her neighbors started taking buyouts — some as high as six figures. But when Towers looked around at San Francisco real estate, she realized that after splitting a buyout with her housemates and paying taxes and lawyers’ fees, the amount she would get for leaving wouldn’t enable her to pay higher rent elsewhere in the city.

Towers held out as her old neighbors left and new tenants started moving in. Unlike the old neighbors, these new people were young, mobile, transient. And there were a lot of them. O’Sullivan, it turned out, had leased the building to a startup called the Vinyasa Homes Project. Towers soon discovered that Vinyasa had listed her building on Airbnb, advertising it as a “co-creative house.” The listing made it sound almost like a commune. “You want to join a community of like-minded peers who are doing inspirational things?” it read. “This is the place for you.” Unlike in the communes of yesteryear, however, each bed is going for more than $1,500 a month — and these are bunk beds in shared rooms. That means each apartment could now be bringing in $10,000 a month in rent.

Not just for air mattresses anymore

In the beginning, Airbnb was hailed as a savior for travelers and renters alike. Travelers would no longer be forced to shell out for overpriced hotels, and locals could open their homes to visitors and generate money to help pay the rent. It was a mutually beneficial arrangement, with the hospitality industry bearing the brunt of the disruption. But eight years after it launched, Airbnb isn’t just hurting the Marriotts and Holiday Inns of the world; it’s hurting people who rent.

The original idea behind Airbnb was that people could rent out air mattresses or spare rooms in their own homes, but the platform quickly expanded to include rentals of whole apartments and houses. Then landlords started to realize that they could bring in vastly more money by offering short-term rentals on sites like Airbnb and HomeAway than by offering year-long leases to traditional tenants. That’s why Towers and other critics blame Airbnb for gentrification, displacement, and the rising cost of rent.

The data backs critics up: Last year, San Francisco’s Budget and Legislative Analyst’s Office found that between 11 and 23 percent of vacant units in the city’s housing market were being offered as short-term rentals. In New York City, more than 35,000 listings for private short-term rental units were on Airbnb in 2014, and up to 72 percent of them appeared to violate city or state rules, according to the New York state attorney general.

And it’s not just in cities; small towns are feeling the crunch as well. “In my time here, I’ve seen about 20 percent of the housing stock become unavailable, through weekend rentals and out-of-town owners,” said Marfa, Texas, resident Paul Hunt at a public meeting in 2014. “Forget affordable housing — we need available housing.”

Some cities are trying to address the Airbnb problem through increased regulation, but the company is fighting back. In fall 2015, San Francisco activists got Proposition F on the ballot, an initiative to restrict short-term rentals to 75 nights a year and impose other regulations on the sector. Airbnb responded with an $8 million campaign, much of it spent on advertising touting how much it paid in hotel taxes.

“Dear SF Tax Collector,” one billboard read, “You know the $12 million in hotel taxes? Don’t spend it all in one place. Love, Airbnb.”

It was a campaign considered tone-deaf by many, but despite the ensuing bad press, Prop F still failed with voters. Airbnb called it a victory for the middle class. “Thank you, San Francisco,” the company said in a statement after the initiative was defeated. “Tonight, voters stood up for middle class families’ right to share their home and opposed an extreme, hotel industry-backed measure.” To be sure, Prop F was supported by hotels, but it was also supported by housing advocates who accuse Airbnb of taking up homes people could actually live in.

“We have a severe housing crisis,” wrote Sara Shortt, executive director of the Housing Rights Committee of SF, before the Prop F vote. “Rather than use much-needed housing for residents, we are instead using it for tourists. For cities like San Francisco with extremely tight housing markets — including Berlin, Paris, Barcelona, and New York City — the problem is even worse.”

Other cities are going so far as to ban short-term rentals entirely. In Berlin — a city where the majority of residents rent — short-term vacation rentals were prohibited as of May 1, with few exceptions. The ban started working even before it went into effect: Short-term listings dropped 40 percent after it was announced. New York, Paris, Austin, Los Angeles, and Irvine, Calif., have all begun cracking down on illegal Airbnb listings, as well as considering further regulations.

Meanwhile, some citizens are launching campaigns of their own against short-term rentals, but they’re not targeting Airbnb itself: They’re targeting its customers.

“Dear Tourist, welcome to NOLA!!!,” reads a flyer posted around New Orleans during Jazz Fest and shared widely online. “Are you staying in an illegal short term rental listed on AIRBNB or VRBO? If so, then YOU are directly responsible for displacing the last remaining long-term neighborhood residents that are survivors of the largest disaster that’s ever happened in America by creating a market for illegal short-term rentals in this residential area. And THAT, dear tourist, is a GODDAMN SHAME. Enjoy your stay in our former homes, y’all!!!”

Despite the backlash, Airbnb seems in no danger of folding any time soon. At the end of last year, the company was valued at $25.5 billion, and it now has more than 2 million listings around the world, with more going up every day.

As for Tarin Towers, she finally took the buyout after a year of resisting. She can’t disclose how much she got in the end, but she says it wasn’t enough to help her afford a new place, so she’s been couch surfing and housesitting ever since. Almost everyone else in the building left San Francisco, she tells me, and some left the Bay Area entirely.

Towers knows she can’t couch surf and housesit forever, but as for what comes next?