3 reasons to give a damn about the deep sea 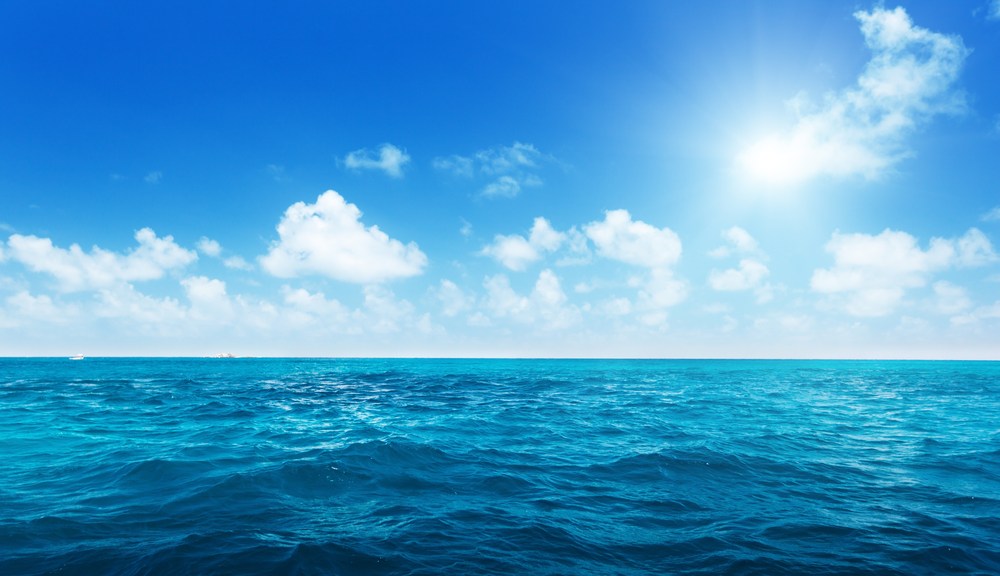 3 reasons to give a damn about the deep sea

It’s not news that the ocean plays a role in climate change. It absorbs heat, sequesters carbon, releases carbon, impacts local weather patterns, etc. Hell, the ocean covers about 70 percent of the Earth’s surface, so it would be kind of shocking if it didn’t have a big role to play. But we are still literally in the dark about some of the deepest, darkest parts of the ocean — they might as well be in outer space given how much we know about them.

Fortunately, scientists are working hard to remedy that. Here are three new pieces to the great big puzzle that is the deep ocean.

It’s not news that CO2 leaches out of the ocean floor in the form of magma. The seafloor is home to thousands of miles of so-called mid-ocean ridges, where tectonic plates spread and release molten rock. Fortunately, this process happens at a fairly slow and steady rate, making its contribution of CO2 to the global carbon cycle pretty small.

Or so we thought — turns out these eruptions might not actually be so slow and steady after all. In a new study published in the journal Geophysical Research Letters, Columbia University marine geophysicist Maya Tolstoy reports fluctuations in eruption activity that correlate with changes in sea level and earth’s orbit.

Using seismic activity measurements, maps of the seafloor, and ice core samples that go back thousands of years, Tolstoy found that lower sea levels historically corresponded to more eruptions from ocean volcanoes, while higher sea levels seem to suppress them. So during an ice age, when water is tied up in glaciers and sea levels are low, Tolstoy’s research suggests, deep-sea volcanoes will flare up, only to calm down again as the ice starts to melt and waters start to rise. Or as Tolstoy puts it in her paper:

“While seafloor spreading may be relatively constant on average, seafloor volcanism could be viewed as a highly variable process that may increase and decrease with climatic and orbital forcing, acting as a climatic valve that causes the flow of greenhouse gases to fluctuate.”

Translation: We might want to pay more attention to these volcanoes when it comes to understanding long-term climate changes.

Scientists know that the end of the last ice age came after a dramatic rise in atmospheric CO2 levels. Where all that carbon came from, however, has been less clear.

Now, the fossils of ancient microorganisms are pointing a figurative finger at the stores of CO2 tucked away in the deep ocean. In a paper published this month in the journal Nature, researchers report that they were able to measure the amount of CO2 in the upper ocean during the end of the last ice age by measuring the acidity of these fossilized organisms’ shells. The organisms, called foraminifera, used to live in the upper ocean, so the composition of their shells reflects the water composition at the time.

Looking specifically in both the Southern Ocean and Eastern Equatorial Pacific Ocean, where deep water is known to make its way to the surface, the researchers found a CO2 concentration from the end of the last ice age that was actually higher than the already high levels in the atmosphere, indicating that the ocean was in fact a source of CO2 during that time.

In an article for The Conversation, the lead authors of the paper write that studies like theirs suggest that we should invoke the precautionary principle:

“Since the beginning of the industrial revolution the oceans have absorbed an estimated 155 billion ton of carbon, about 30% of the total human emissions. The present atmospheric CO2 concentrations, approximately 400 parts per million, have not been seen on Earth since the Pliocene, around 3 million years ago, and the rate of increase is unprecedented in the period of on-off glaciers we have had since. …

How the oceanic uptake of CO2 is going to operate in the future remains unknown, but studies like ours advance our understanding of how the ocean works to store and release carbon on timescales of millennia and that therefore are way beyond the reach of the instrumental record.”

Ah, the precautionary principle — it’s a nice thought, but have they met us?

Here’s something disconcerting — that huge amount of dissolved carbon in the deep ocean? We still don’t entirely know where it came from or where it’s going.

Fortunately, scientists at MIT are on the case. They’ve developed a way to test the age of dissolved carbon using ultraviolet radiation. The carbon’s age, in turn, reveals where it came from. Older carbon comes from things like hydrothermal vents and methane seeps, while newer carbon comes from the atmosphere. Since it takes about 1,000 years for surface waters to make it to the bottom of the ocean, the scientists didn’t expect to find human-generated new carbon down there, but — surprise! –they did.

In fact, in a study published in the Proceedings of the National Academy of Sciences, the researchers report that up to 30 percent of deep water carbon is “modern carbon.” That’s about 10 times higher than scientists previously thought. They credit the accelerated cycling of new carbon to the bottom of the ocean to microbes. When organisms like phytoplankton near the surface of the ocean take in, or “fix,” carbon and then die, their bodies dissolve and float down the water column. Along the way, microbes snack on them, releasing carbon. In an article from MIT News, one of the researchers said that they previously thought the deep ocean was a “lifeless and very slow system” but now realize there’s more activity down there than they thought.

The researchers also found that old carbon at the bottom of the ocean, which microbes don’t like to eat as much, actually sticks around 30 times longer than the natural cycling of the ocean would suggest.

Here’s more from the press release:

“’It potentially has a very important influence on climate through its role in sequestration of carbon away from the atmosphere,’ said Mick Follows, an EAPS associate professor in the Program of Atmospheres, Oceans, and Climate, who was not involved in the study. ‘If some radical change occurred that changed the nature of that pool, then it could have an effect on climate through greenhouse gas’ influence on the atmosphere.’

So there you have it — I, for one, can’t wait for more news from the deep-sea. Personally, I’m hoping the next piece of the puzzle will have something to do with Megalodon sharks, but then again, I hope every scientific discovery ultimately has something to do with Megalodon sharks. Absent sharks, I’ll settle for more interesting tidbits about climate change.