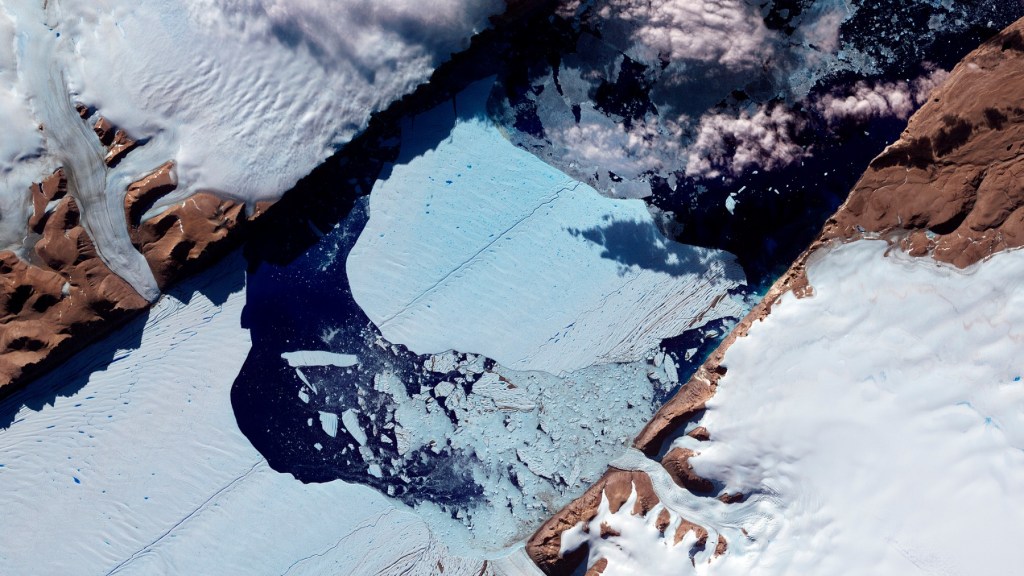 How many synonyms for “grim” can I pack into one article? I had to consult the thesaurus: ghastly, horrid, awful, shocking, grisly, gruesome.

This week, a big report from the U.N.’s Intergovernmental Panel on Climate Change was leaked before publication, and it confirmed, yet again, the grim — dire, frightful — reality the we face if we don’t slash our global greenhouse gas emissions, and slash them fast.

This “Synthesis Report,” to be released in November following a U.N. conference in Copenhagen, is still subject to revision. It is intended to summarize three previous U.N. climate publications and to “provide an integrated view” to the world’s governments of the risks they face from runaway carbon pollution, along with possible policy solutions.

As expected, the document contains a lot of what had already been reported after the three underpinning reports were released at global summits over the past year. It’s a long list of problems: sea-level rise resulting in coastal flooding, crippling heat waves and multidecade droughts, torrential downpours, widespread food shortages, species extinction, pest outbreaks, economic damage, and exacerbated civil conflicts and poverty.

But in general, the 127-page leaked report provides starker language than the previous three, framing the crisis as a series of “irreversible” ecological and economic catastrophes that will occur if swift action is not taken.

1. Our efforts to combat climate change have been grossly inadequate.

The report says that anthropogenic (human-made) greenhouse gas emissions continued to increase from 1970 to 2010, at a pace that ramped up especially quickly between 2000 and 2010. That’s despite some regional action that has sought to limit emissions, including carbon-pricing schemes in Europe. We haven’t done enough, the United Nations says, and we’re already seeing the effects of inaction. “Human influence on the climate system is clear, and recent anthropogenic emissions of greenhouse gases are the highest in history,” the report says. “The climate changes that have already occurred have had widespread and consequential impacts on human and natural systems.”

2. Keeping global warming below the internationally agreed upon 3.6 degrees Fahrenheit (above pre-industrial levels) is going to be very hard.

To keep warming below this limit, our emissions need to be slashed dramatically. But at current rates, we’ll pump enough greenhouse gas into the atmosphere to sail past that critical level within the next 20 to 30 years, according to the report. We need to emit half as much greenhouse gas for the remainder of this century as we’ve already emitted over the past 250 years. Put simply, that’s going to be difficult — especially when you consider the fact that global emissions are growing, not declining, every year. The report says that to keep temperature increases to 3.6 degrees F, deep emissions cuts of between 40 and 70 percent are needed between 2010 and 2050, with emissions “falling towards zero or below” by 2100.

The report says that in every warming scenario it the scientists considered, we should expect to see year-round reductions in Arctic sea ice. By 2050, that will likely result in strings of years in which there is the near absence of sea ice in the summer, following a well-established trend. And then there’s Greenland, where glaciers have been retreating since the 1960s — increasingly so after 1993 — because of human-made global warming. The report says we may already be facing a situation in which Greenland’s ice sheet will vanish over the next millennium, contributing up to 23 feet of sea-level rise.

4. Dangerous sea-level rise will very likely impact 70 percent of the world’s coastlines by the end of the century.

The report finds that by 2100, the devastating effects of sea-level rise — including flooding, infrastructure damage, and coastal erosion — will impact the vast majority of the world’s coastlines. That’s not good: Half the world’s population lives within 37 miles of the sea, and three-quarters of all large cities are located on the coast, according to the United Nations. The sea has already risen significantly: From 1901 to 2010, global mean sea level rose by 0.62 feet.

5. Even if we act now, there’s a real risk of “abrupt and irreversible” changes.

The carbon released by burning fossil fuels will stay in the atmosphere and the seas for centuries to come, the report says, even if we completely stop emitting CO2 as soon as possible. That means it’s virtually certain that global mean sea-level rise will continue for many centuries beyond 2100. Without strategies to reduce emissions, the world will see 7.2 degrees F of warming above preindustrial temperatures by the end of the century, condemning us to “substantial species extinction, global and regional food insecurity, [and] consequential constraints on common human activities.”

What’s more, the report indicates that without action, the effects of climate change could be irreversible: “Continued emission of greenhouse gases will cause further warming and long-lasting changes in all components of the climate system, increasing the likelihood of severe, pervasive and irreversible impacts for people and ecosystems.”