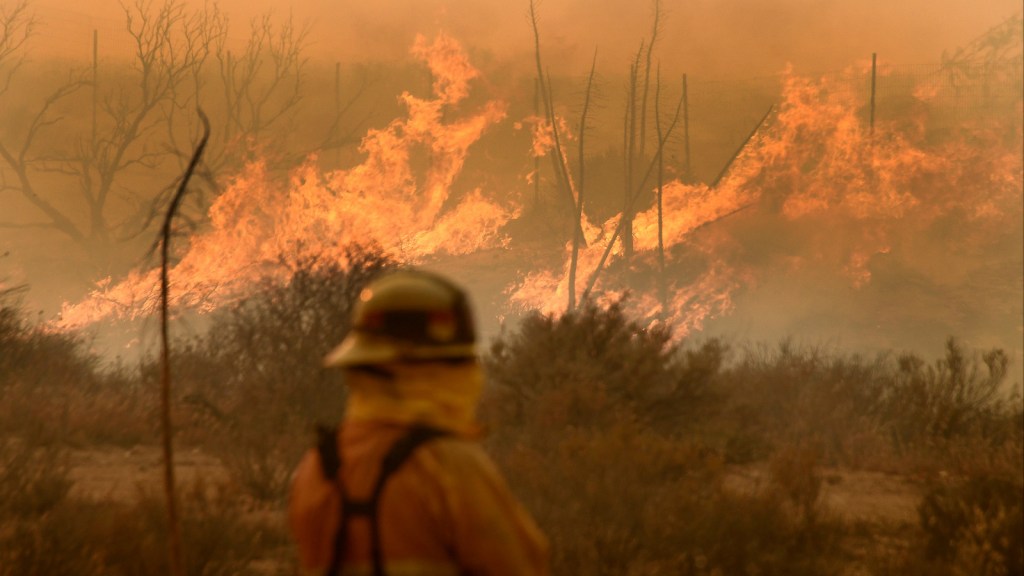 In just one day a wildfire sparked north of San Bernadino has  burned through over 15,000 acres and forced the evacuation of over 82,000 people.

The BlueCut Fire started at around 10:30 a.m. Tuesday morning and by the end of the day there were 700 firefighters with 102 engines on the scene.

Officials, while estimating that over 34,500 people are in danger are urging residents to evacuate the area. California Governor Jerry Brown has declared a state of emergency.

Six firefighters became trapped within the fire Tuesday, according to the San Bernadino County Fire Department. Two of them received minor injuries and were taken to the hospital.

"Firenado" whips up smoke and flames as #BlueCutFire burns out of control. Live coverage: https://t.co/d7oozH75l0 https://t.co/oZrrQcLhAe

A home burns off of Hwy 138 during the #BlueCutFire Tuesday pic.twitter.com/GAupNYtFhL

"We can rest knowing we're safe. We can sleep until we see what the morning brings." #BlueCutFire @VVDailyPress pic.twitter.com/ljbMa9kuAF