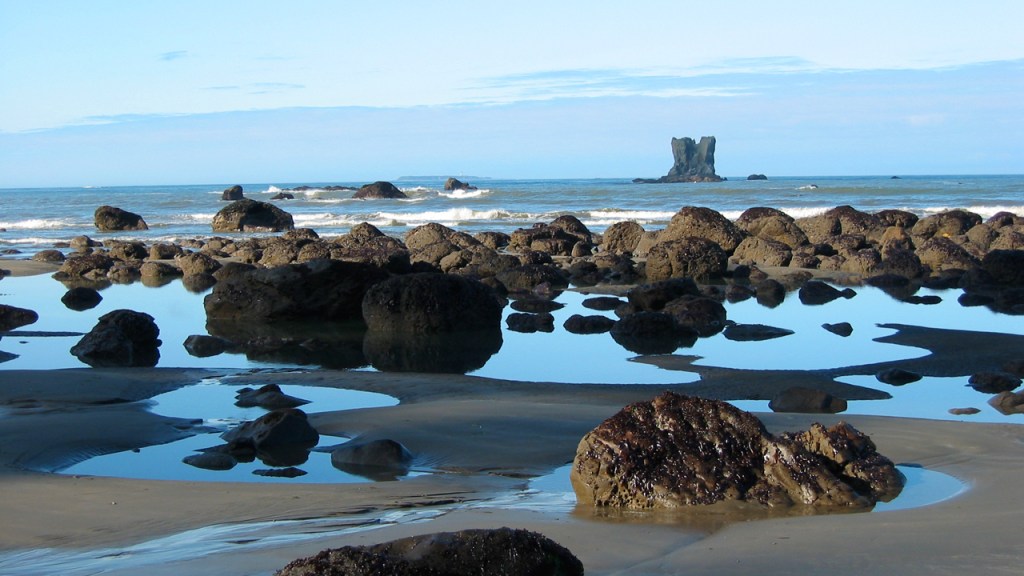 You know how ocean temperatures have been on the rise lately? Well, it might mean a more comfortable day at the beach, but if you’re in the Pacific Northwest, I have some bad news for you: According to a new study, because of the temperature rise, we could see a huge release of deep-sea methane off the coast of Washington state.

One of the researchers compared the amount of methane currently being released to the amount of oil that gushed from the BP oil spill. “We calculate that methane equivalent in volume to the Deepwater Horizon oil spill is released every year off the Washington coast,” said Evan Solomon, a coauthor of the study, which was published in Geophysical Research Letters. And if the water in the region warms by 2.4 degrees C by 2100, the size of that annual methane release could quadruple.

The deep ocean floor hides a massive amount of methane hydrates, which are complexes of methane trapped in buried ice. A brief reminder on methane: The greenhouse gas is 86 times more potent at trapping heat than CO2 over a 20-year timescale. Which means it’s a particularly bad thing when those hydrates melt and the methane is released into the atmosphere.

“Methane hydrates are a very large and fragile reservoir of carbon that can be released if temperatures change,” Solomon told ClimateWire. “I was skeptical at first, but when we looked at the amounts, it’s significant.”

The ocean off Washington’s upper continental slope has been warming, perhaps due to a current from a warming sea between Russia and Japan. Great neighbors you two are.

Though the researchers say they want more information to better understand the scope of the problem, I think we can all surmise that whatever’s going on with methane under the sea in the Pacific Northwest isn’t pretty, and it sure ain’t getting prettier. So, uh, how about them Seahawks?