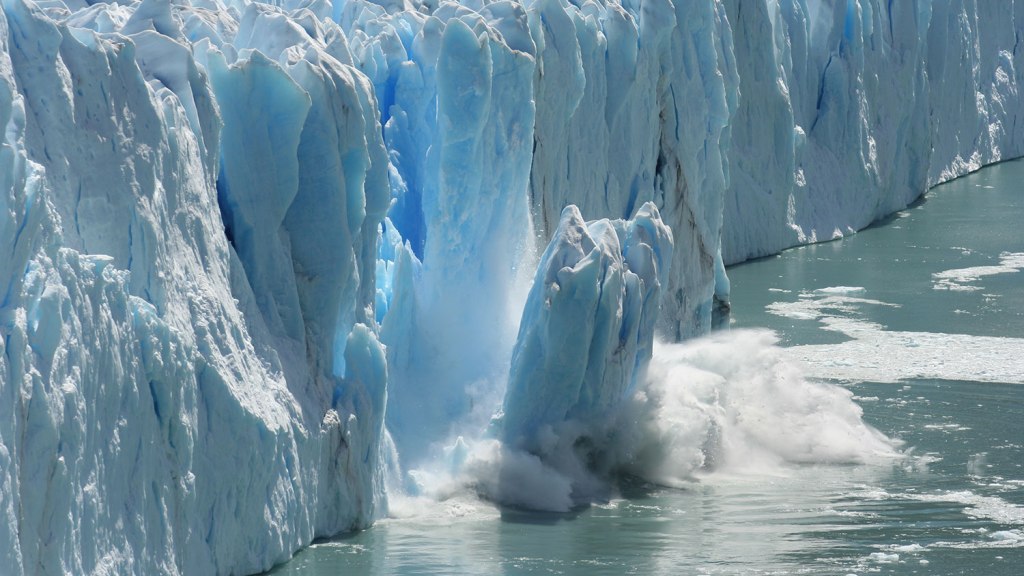 Remember when we found out last year that the West Antarctic ice sheet had started to collapse, that the collapse more or less can’t be stopped, and that it will eventually result in 10 to 15 feet of sea-level rise? Now we have some more bad news of that caliber.

An enormous glacier, one on the other side of the continent from the ailing ice sheet, is doing pretty much the same thing, researchers have discovered. Chris Mooney reports for The Washington Post:

The findings about East Antarctica emerge from a new paper just out in Nature Geoscience by an international team of scientists representing the United States, Britain, France, and Australia. They flew a number of research flights over the Totten Glacier of East Antarctica — the fastest-thinning sector of the world’s largest ice sheet — and took a variety of measurements to try to figure out the reasons behind its retreat. And the news wasn’t good: It appears that Totten, too, is losing ice because warm ocean water is getting underneath it. …

The floating ice shelf of the Totten Glacier covers an area of 90 miles by 22 miles. It it is losing an amount of ice “equivalent to 100 times the volume of Sydney Harbour every year,” notes the Australian Antarctic Division.

That’s alarming, because the glacier holds back a much more vast catchment of ice that, were its vulnerable parts to flow into the ocean, could produce a sea level rise of more than 11 feet — which is comparable to the impact from a loss of the West Antarctica ice sheet. And that’s “a conservative lower limit,” says lead study author Jamin Greenbaum, a PhD candidate at the University of Texas at Austin.

If you haven’t already done the math, this means we could see well upwards of 20 feet of sea-level rise over the next few centuries, double the rise expected from the West Antarctic ice sheet alone — and those are conservative estimates.

Though it’ll be awful for the entire world, the newly liberated Antarctic ice melt will affect some of us more than others. The Northern Hemisphere (including, of course, North America) will be hit particularly hard: As Antarctica melts, it exercises less gravitational pull on the seas, and will head northward.

Researchers have made it pretty clear that the West Antarctic ice sheet’s collapse is unstoppable. The Totten Glacier has almost reached that same point. “The ice loss to the ocean may soon be irreversible unless atmospheric and oceanic conditions change so that snowfall outpaces coastal melting,” the researchers said in a press release. So with climate change moving forward — something that’s not likely to change anytime soon — it’s probably too late for both of these ice blobs. “[I]t’s difficult to see how a process that starts now would be reversed, or reversible, in a warming world,” one of the study’s coauthors, Martin Siegert, told Mooney.

So maybe just cross your fingers and hope that your grandchildren are born with gills.