We could put utility-scale solar plants in our cities 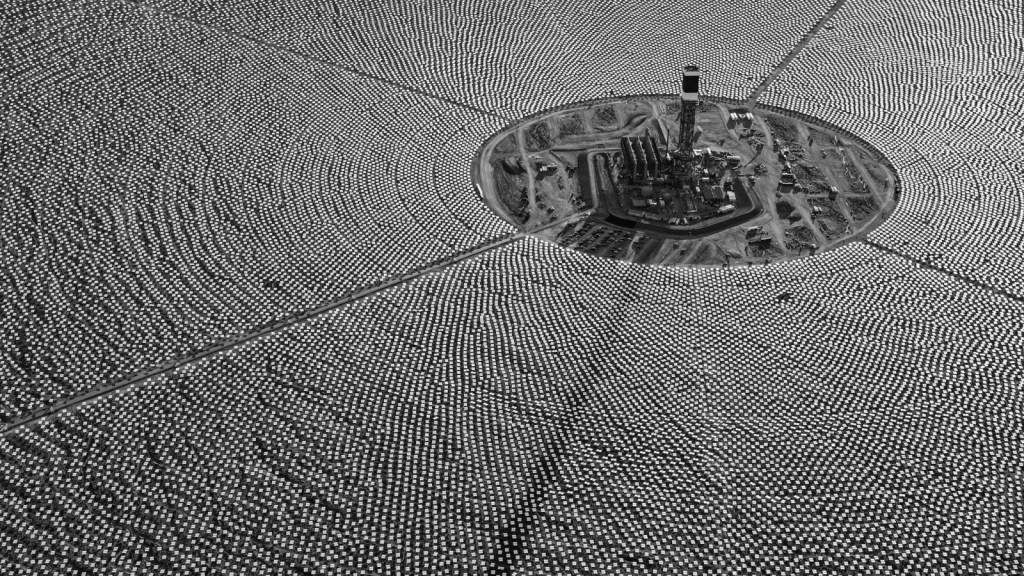 We could put utility-scale solar plants in our cities

There is a scene in Gattaca when Ethan Hawke and Uma Thurman’s characters walk through a giant concentrating solar plant spread across a broad, flat California desert. It’s a striking moment in the film, partly because it illustrates how visually imposing and vast utility-scale solar power plants can be as they sprawl across the desert.

But what if those solar power plants could be built in developed areas between or atop buildings and homes without having to impact the desert — many parts of which are environmentally sensitive? A Stanford University study published Monday in the journal Nature Climate Change says that can be achieved in many of California’s cities, which are often overlooked as areas ideal for both utility-scale photovoltaic and concentrating solar power generation.

The research focuses on making developed land more efficient by encouraging the construction of utility-scale solar development there rather than building large solar installations in environmentally sensitive undeveloped places. The study specifically modeled land-use efficiency for solar only in California because the state leads the U.S. in solar power generation.

In California’s developed areas, its “built environment,” there is massive solar development potential. More than 20,000 terawatt-hours of power could be produced there annually — enough power to meet the state’s electricity demand more than three times over, the study says. In all, California has more than 17,500 square miles of land within cities and other developed areas. All of it, an area roughly twice the size of New Hampshire, would be ideal for utility-scale photovoltaic and dry-cooled concentrating solar power development.

The study’s authors modeled dry-cooled concentrating solar development because they assumed that the drought-stricken state would want to develop solar power stations that use less water than many that exist today.

“Our results show that we do not need to trade these places of environmental value for the production of renewable energy as ample land and space exists elsewhere,” Hernandez said. “Additionally, developing renewable power generation in places close to where it is consumed reduces costs and loss of electricity associated with transmission.”

Hernandez pointed to rooftops, vacant lands, and industrial sites within urban areas as ideal areas for solar development. “Using degraded or contaminated lands or places with the least environmental conflict for renewable energy development is another option,” she said.

Planning the locations of solar power generating stations is controversial because solar panels and concentrating-solar mirrors can crowd out other land uses and affect wildlife habitat. The advantage of building solar plants on land already used for other things is that their environmental impact is greatly reduced and it is an efficient use of land, especially if they’re built on top of large buildings.

Virginia Dale, director of the Center for BioEnergy Sustainability at the Oak Ridge National Laboratory in Tennessee, said Hernandez’s study is important because it documents solar power potential in California.

“It is important that renewable options be assessed with careful consideration of local context,” Dale said. “For example, this paper discusses the influences of California’s water shortages as well as high-energy demands and solar potential.”

Laura Wisland, a senior energy analyst for the Union of Concerned Scientists who formerly worked for the California Public Utilities Commission to implement its renewable portfolio standard, said the study affirms the value of siting solar in developed areas where land has already been disturbed.

Building solar in those places can lower the costs and time associated with new clean energy development, she said, adding that the study can help cities and counties assess their solar energy potential.